Over a hundred vehicles will be joining the AFRICA ECO RACE in Monaco, awaiting the launch of the 11th Edition on the 30th of December, which will be given by Adriana, the event’s ambassadress. The Moto, Auto and Truck participants, passionate about Africa, will follow Thierry SABINE step to join the famous Rose Lac after driving across Morocco, Mauritania and Senegal for over 6000kms.

RISE OF THE MOTO CATEGORY

With a record of participation this year, there will be some serious competition in the moto category of the AFRICA ECO RACE. Among the entertainers of the race, Pal Anders ULLEVALSETER, will be one of the favorites. But the Norwegian will be confronted to the tenacious South-American Francisco ARREDONDOor Italian pilot, Alessandro BOTTURI, who both have the objective of stepping on the center of the podium. A large Italian delegation, including rally legendFranco PICCO, will also be participating. This 11th Edition will also see the comeback of some African land regulars, pillars of the Rally Raid racing, determined to relive the African experience.

LEGENDS IN THE AUTO CATEGORY

In the auto category, Kenjiro Shinozuka, Land of the Rising Sun rally raid champion, will end his impressive career with the AFRICA ECO RACE. The Japanese will meet up with his old friend Jean-Pierre  Strugo. For it’s second participation, the French is clearly part of the favorites of this edition, same as Dominique HOUSIEAUX, experienced pilot dreaming of lifting the bronze trophy on Sunday 13th of January 2019 at the Rose Lac. Onboard their Optimus, both will be facing some challenging competitors used to the race such as Yves FROMONT and Patrick MARIN driving their powerful Tarek buggies. Spectators can also count on the team of “Fearless Drivers” composed of Jean-Nöel JULIEN, David GERARD, Philippe GOSSELIN and Dominique LAURE.

All as ruthless on track than kind in life, as they will be donating to a Sister’s congregation in Senegal at their arrival at the Rose Lac. 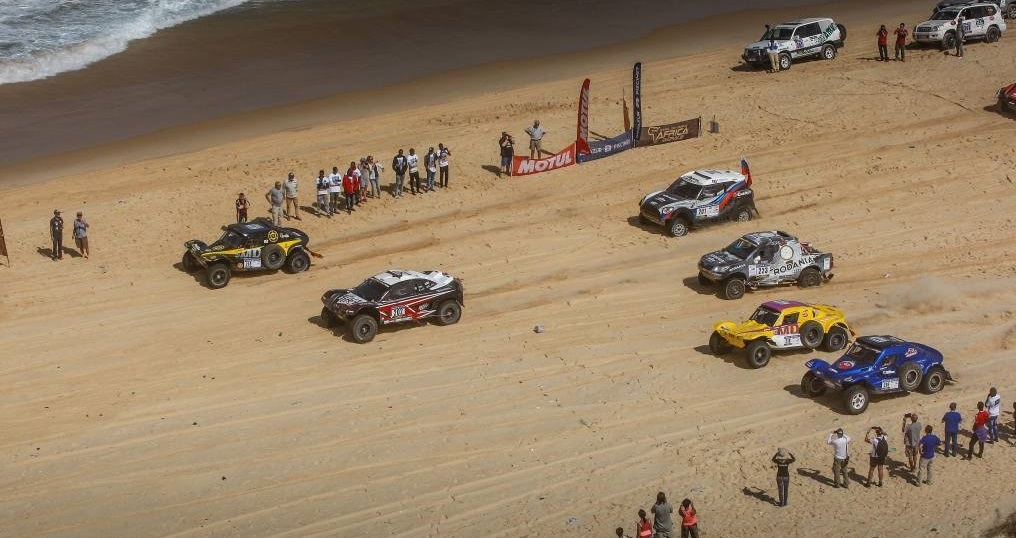 The SSV category, expanding every year, will count a dozen vehicles with increased performance. Some competitors, such as Philippe PINCHEDEZ, French Endurance Champion, will be a serious challenger to Jean-Hugues MONEYRON who will be defending his title. 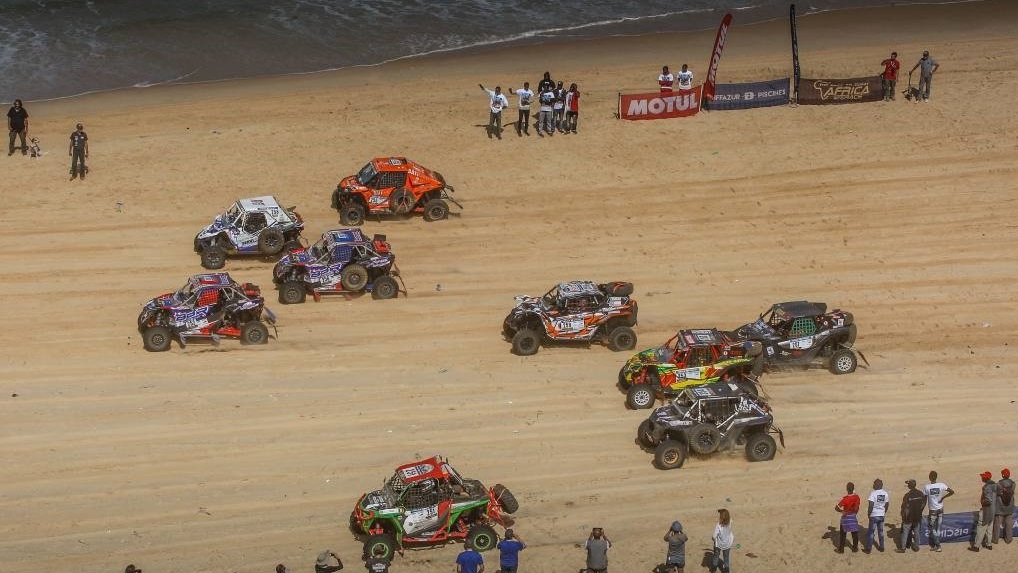 SUSPENSE IN THE TRUCK CATEGORY

This year, the truck category will be homogenous and open to all outcomes. Up to ten participants in which we will find Tomas TOMECEK, a regular of theAFRICA ECO RACE and big favorite of the category. The triple champion, who will have the advantage of knowing the land well and being able to anticipate most difficulties, will once again be navigating alone without co-pilot.

We will also be able to follow some regular Africa Eco Race competitors such as the veteran Noël ESSERS or Elisabeth JACINTO, Portuguese motorsport star, who intend to make people forget here early abandon on the 10th Edition.

One of the few women participating in this adventure, which also includes Julie VANNEKEN who will be departing for the 3rd time in a row on here Moto, but also Rabha JULIEN, co-pilot to her husband and Catherine DEROUSSEAUX who will have the honor to navigate “SHINO”

For the second year in a row, the AFRICA ECO RACE and the AMADE Mondiale, a Monegasque association acting in favor of the children’s protection, are partnering up with up to provide the Senegalese and Mauritanian rural schools with portable solar lamps and chargeable docks during the rally. These lamps will enable children to use light on their way back from school in the evening and study in the best conditions possible.

Our environmental project would be to replace petrol lamps, one of the main causes of mortality in Africa, with the solar lamps. To do so, we propose to our participants to buy solar lamps. A way for them to compensate with the carbon print their vehicles leaves all year round. 6 lamps = 1200/CO2 = emission of a 4×4 for 15 days. The ambitious objective is also to deliver with our trucks, a maximum of lamps on top of the thousand we brought on the 2018 Edition.

In parallel, we will be continuing the usual campaign on tree planting in Mauritania, created in Nouakchott on the second edition of the AFRICA ECO RACE.

ADRIANA, AMBASSADRESS OF THE 11th EDITION

As in 2017, Adriana, co-host of the French TV Show “Les pouvoirs extraordinaires du corps humain” will be present aside Jean-Louis SCHLESSER to mark the start of the race on December 30th in Monaco:

“I am looking forward to being part again of the AFRICA ECO RACE by being present at the technical and administrative checks in Menton, as well as the big start in Monaco. Two years ago, I met the Africa Eco Race team, a large family, with a common passion for African adventure, in which you find a simple and convivial atmosphere. This experience through Morocco, Mauritania and Senegal is one filled with courage, performance, solidarity and respect for the lands and populations of this beautiful African continent. This is what motivates me to come and support the competitors on the starting line.” 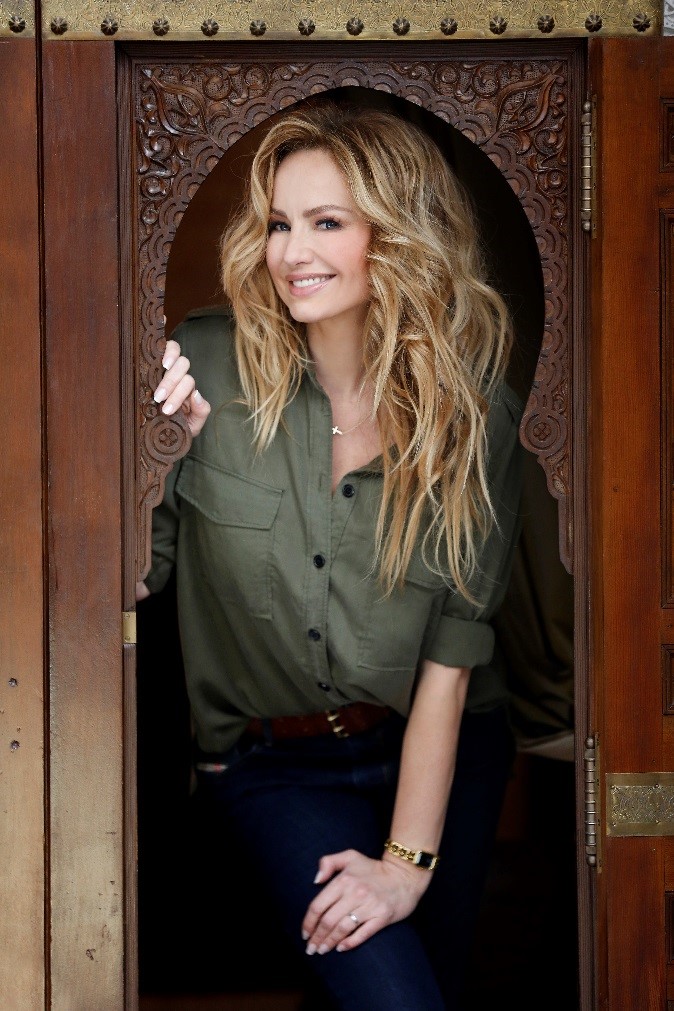