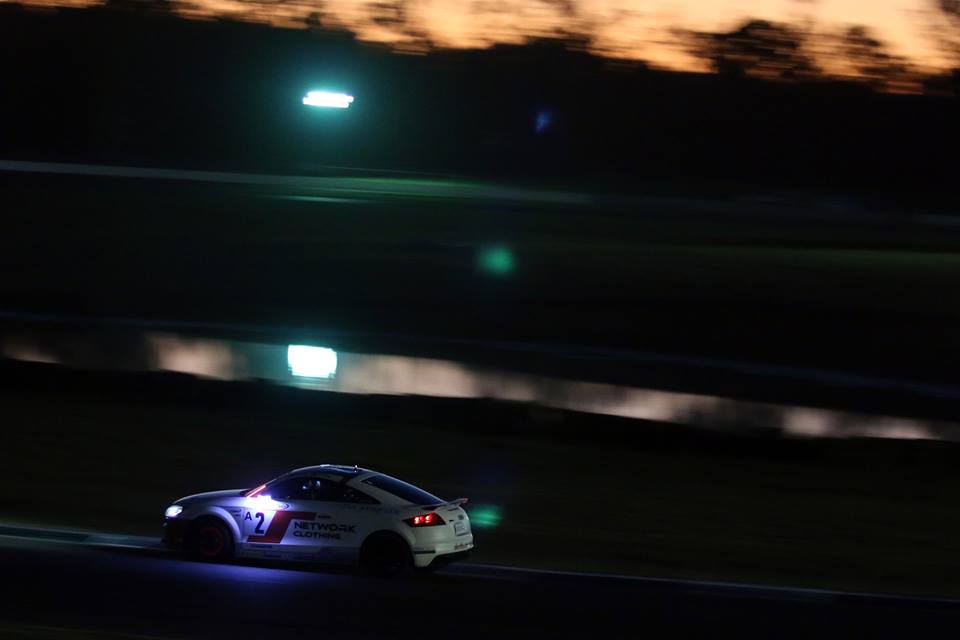 There are always issues – insofar that the race officials struggle to pick up which car is which – to the extent that one year they had to stop the race after the safety car picked up the wrong leader and they had no idea who was who and where they should be.

The teams decorate their cars with LEDs and the like. The light bars are bright and due to some loopholes in the regulations, racer tape can have some new and interesting usages.

This year, for the first time, the race started in the dusk, rather than the complete dark, which allowed for the marshals, specators and media folk to enjoy a sunset while watching the race go by.

It is also a race that allows for some awesome photography.  Something we need more of – there are plenty of very talented people in motorsport – we just need to come together to make things happen and make it interesting.

Pedders GT86 and the team

The good people in the Pedders Bendigo GT86 Pit allowed me to spend some time with them, fed me a (double coat) Tim Tam and coffee.  It was explained to me how they work with young mechanics to skill them in the world of motorsport.

They work with Motorsport Training Australia to give young mechanics the training they need and take them to the track to give them real world experience.  And that is certainly what they got at Queensland Raceway.

It was a heartbreaking end to the race for the Pedders team who were leading Class D with just two laps to go but a header went and while they were able to limp over the line, the win was lost.  There was also a little fire to put out in the car and with a 250km race the next day, the team had their work cut out for them. 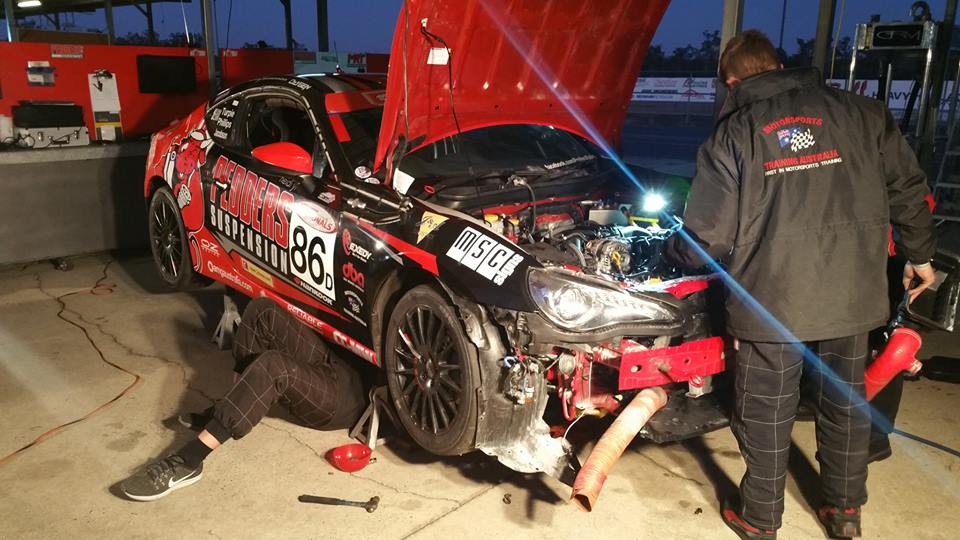 They sourced a new engine that got back to the track at 2:30am. In the mean time, they had to take the old engine out, source a number of other new parts.

They had offers of assistance from plenty of other teams – parts, lighting and support came their way – from competitors in their own series and outside the series.

It was truly a great display of camaraderie.

By the time the car was completed, it was after dawn, the young mechanics (and the rest of the team) took turns to sleep in the front of the truck.  Plenty of coffee and sugar was consumed.  But they got there.

They got to the start – and completed their mission.

It certainly builds their reputation one built on turning up everywhere, promoting where they can, breaking down the barriers to getting people to work on race cars.

And after an effort like that, the young mechanics will know if they are cut out for a life in motorsport. 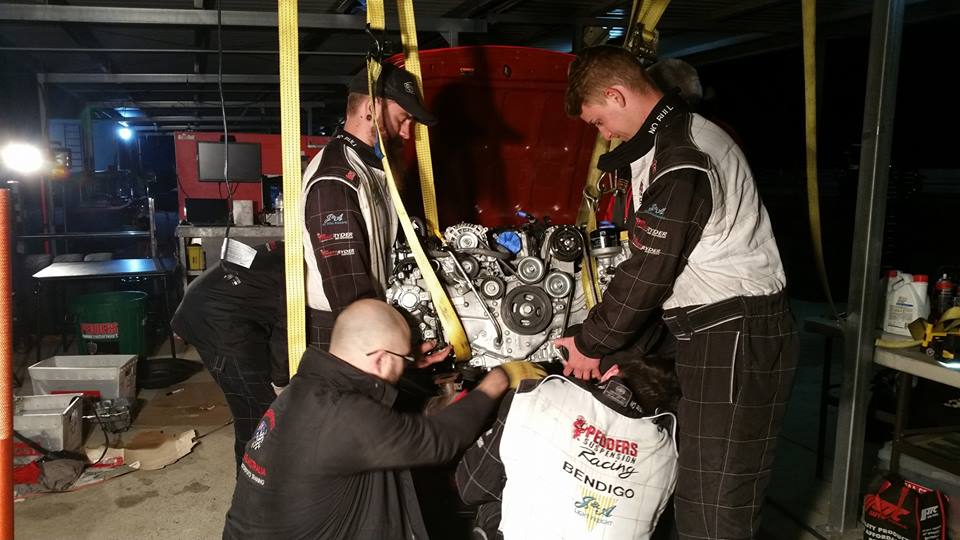 I also discovered that Winton has a 24 hour race license – which if not used lapses in two years.  To run a Production Car race in Winton would be something fantastic, really add something to the Australian motorsport scene and it might make a few more people pay attention.

Or at least visit Winton.

In any case, it would allow a few more smart people to try something new – and see what happens.

But what about the race you say, well…

Beric Lynton and Tim Leahy have taken a convincing Fight in the Night win in the #23 Bruce Lynton Prestige Automotive BMW1M this evening, as part of round three of the Open2View Queensland Australian Production Cars at Queensland Raceway.

Leahy crossed the line first for the outright and Class A win ahead of the Daniel Gaunt/Mark Griffith Griffith Corporation Mitsubishi Evo X, with Gaunt’s second place coming after an epic battle for position with third-placed Aaron Seton (co-driving with Tony Alford in the Donut King BMW1M) and Paul Morris in the #62 Roadchill Freight Express BMW M135i.  The results for Griffith and Morris came after huge lap one efforts from the pair, with them each passing 11 and 14 cars respectively after starting at the rear of the grid.

Morris was expected to challenge for the outright and Class A victory after co-driver Searle lead for a large chunk of the race, however it wasn’t to be for the Supercar identity with the last-round winners having to settle for fourth outright and in Class.