An earthquake couldn’t stop Leipert Motorsport’s Ben Gersekowski from taking a podium position at the legendary Suzuka circuit over the weekend. 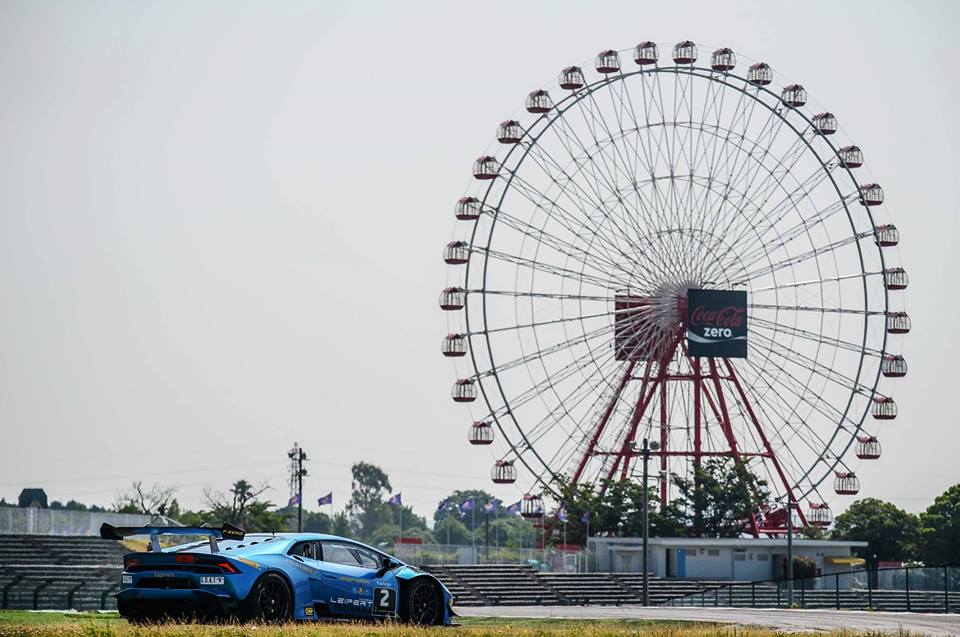 The Cecil Plains local racing with Rory Collingbourne in the Lamborghini Trofeo Series Asia took yet another podium in the Series to continue his great 2017 form.

“This is one of those tracks I have dreamed of racing at – it has so much history!

“We were coming here with great form from the first two races of the season, so we did have high expectations.”

Both Gersekowski and Collingbourne took fifth in their qualifying sessions, meaning that both would start from fifth position for the races.

The first race of the weekend got underway under sunny skies and a pleasant 25 degrees.

Gersekowski started the first race and charged hard in the opening laps to make up places, leaving Collingbourne in a good place to fight for the podium.

“The opening laps were great – it was a great track and I really enjoyed the fight.

“I was revelling in every lap – the team gave me a great car and I knew that Collingbourne could bring it home if I gave him the opportunity to do so.

“It was great result.”

If the first race had good weather, it turned bad for the second race with pouring rain greeting the crews.

Collingbourne started the race from fifth and was able to fend off massive pressure from those behind, particularly the Osaka team to make it to the pitstop in fifth.

Gersekowski was then involved in his own fight to maintain his place in the top five.

The wet track made it very tricky with both changeable grip and limited vision but he was able to hang on to take fifth.

“It was an extremely challenging race, Rory did a great job at the start and gave me a good car.

“The conditions were so different to yesterday and the team did well to give us a car that handled well in the wet.

“I lost one position in my stint. I was thinking about the long game, I wanted to bring the car home in a top position and consolidate our Championship position – which I did.”

The results meant that Gersekowski now sits third in the Championship after three of six rounds.

The next round takes place at Japan’s Fuji circuit on August 19/20.