Rookies Julien Andlauer and Matt Campbell, along with Christian Ried, brought Porsche and Patrick Dempsey to victory in the LMGTE Am class at this year’s 24 Hours of Le Mans. 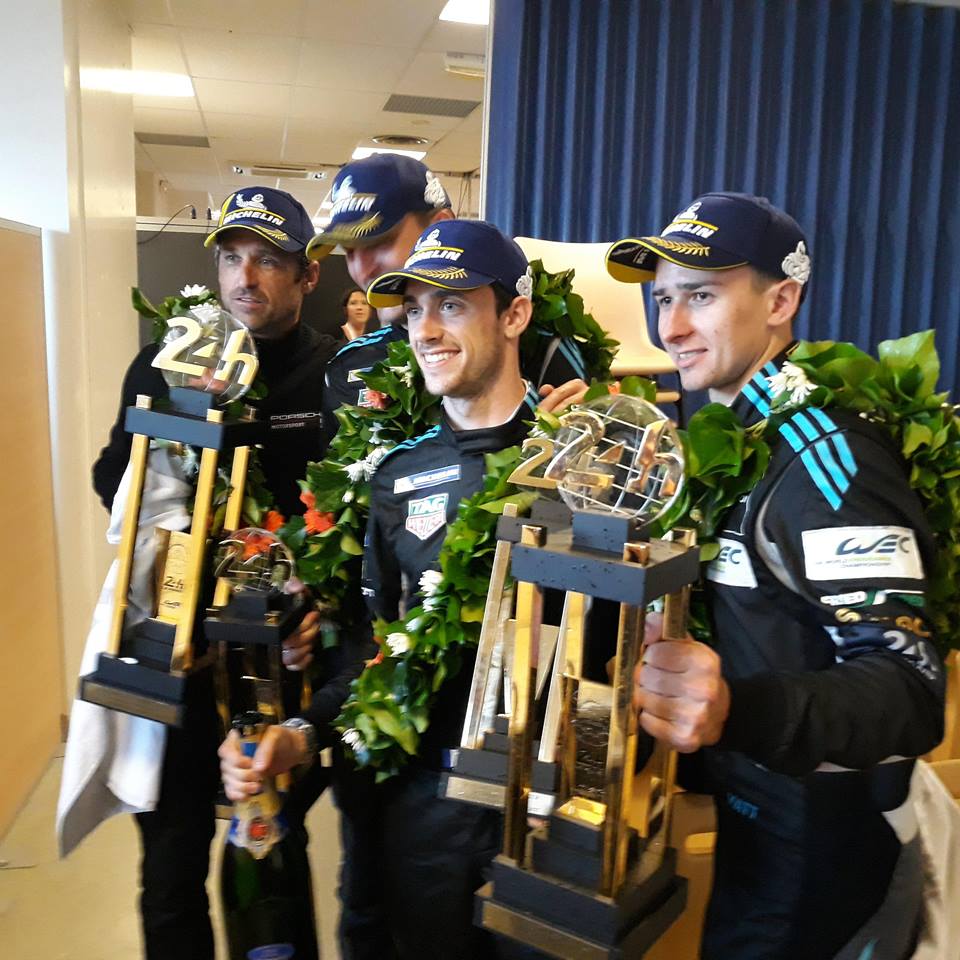 Given the ages of his teammates, 18 and 23, it’s possible Christian Ried (39) wondered at times if he was taking part in a driving school at the 2018 24 Hours of Le Mans. No need to worry, young talents Julien Andlauer and Matt Campbell pulled off the win in the LMGTE Am class at the wheel of a Porsche 911 RSR fielded by Dempsey-Proton Racing.

Matt Campbell: “Don’t think it’s simple to lead the race. It may seem easy from the outside looking in, but it isn’t. You have to know how to find your rhythm and not make any mistakes.”

For Julien Andlauer, one of the youngest drivers of the 2018 grid, representing “Porsche at Le Mans in front of fans” at a race every driver wants to do was a huge opportunity. In the official 24 Hours press conference room, sitting back, Patrick Dempsey listened closely to the comments given by his drivers. The American team owner/actor who himself has taken the wheel at several editions of the 24 Hours (including an LMGTE Am podium finish), explained why he enjoys being a team owner: “I’m 52 years old, I wouldn’t be fast enough anymore. In the garage, I’ve been happy to watch them learn and improve all week. To be a part of this race, with all these talented drivers, is a privilege!”