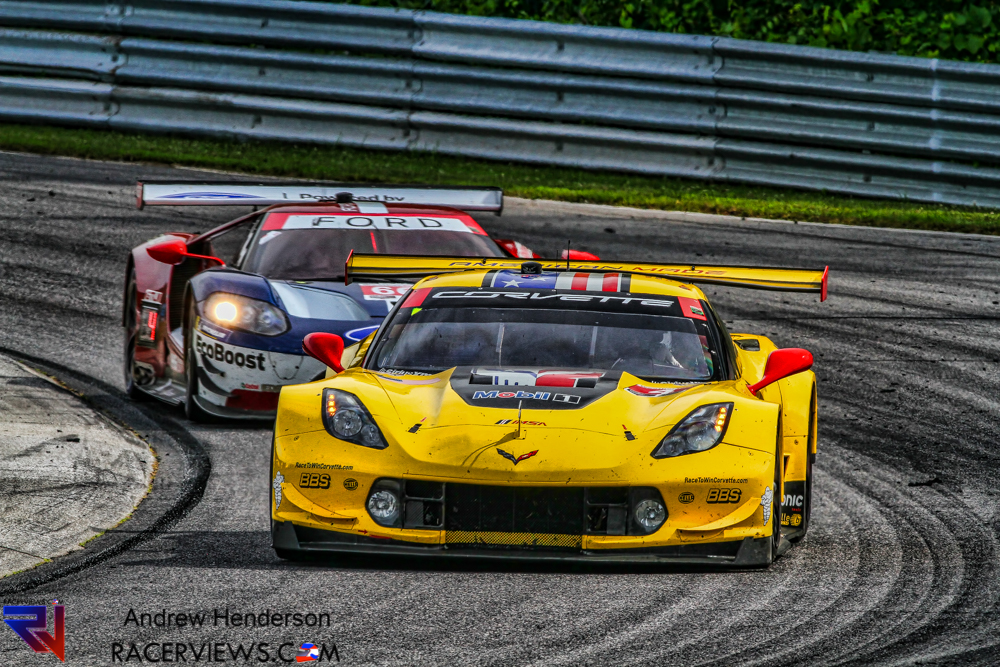 With Corvette Racing eyeing an historic 100th career IMSA win following what had been a dominant weekend for the team, the No. 66 Ford GT of Joey Hand slowly caught and eventually passed the No. 3 Corvette C7.R of race leader Jan Magnussen with 13 minutes remaining, driving away to an 11.431 second victory alongside co-driver Dirk Mueller.

The winning pass came when Magnussen tried to make a move on a GT Daytona (GTD) car in Turn 7. Magnussen cleared the car but ran wide, allowing Hand to slip by. It was a surprising turn of events as Magnussen and co-driver Antonio Garcia were strong all weekend, starting on the pole and combining to lead 150 of the race’s 178 laps.

“I think today we capitalized on some opportunities, some guys made mistakes and we were right there to take advantage of it,” said Hand. “Winning races is all about that, winning championships is all about winning races.

“I hope everybody enjoyed the race today. This is one of those places where you get that feeling, you have such genuine fans here. You can see them on the hillside, it’s like a stadium race. It’s like a short track Saturday night. I think that’s what makes this WeatherTech series a show, and it has to be a show. That’s why we’re all paid to be here. I’ll tell you, when I get to race in the show and I get to win, that’s what makes it worth it.

It was the third consecutive IMSA WeatherTech SportsCar Championship GTLM win for Ford Chip Ganassi Racing with Hand and Mueller winning two races ago at Watkins Glen, and the No. 67 Ford GT of Richard Westbrook and Ryan Briscoe winning the most recent race at Canadian Tire Motorsport Park.

“This win truly is a win for the whole team and for Ford Chip Ganassi Racing,” said Mueller. “I want to thank everybody, it was awesome. I’m still shaking. That’s how strong this team is. We’re always looking forward. We came here, we didn’t know we could be that kind of strong. We knew maybe a podium was possible, but anything is possible.”

Both Ford GTs are now in the thick of a tight points battle with Corvette Racing with four races remaining. Mueller and Hand unofficially now have 208 points with Garcia and Magnussen a point behind with 207 and Briscoe and Westbrook one point further back with 206. 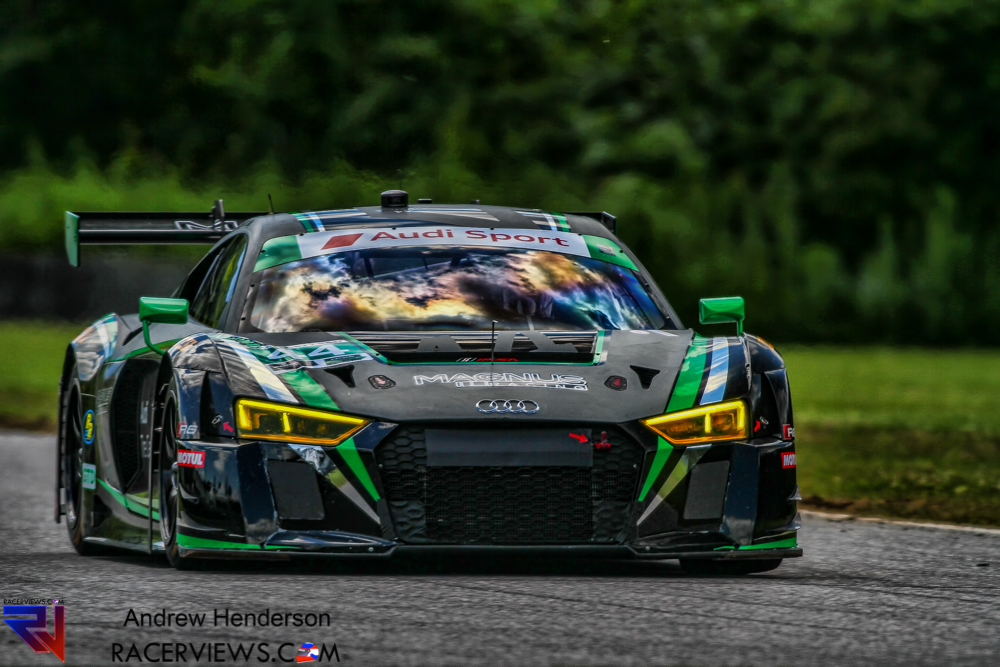 It’s safe to say that missing the podium one race ago at Canadian Tire Motorsport Park did not sit well with Paul Miller Racing.

After seeing its five-race podium streak in the IMSA WeatherTech SportsCar Championship come to an end two weeks ago, the No. 48 Lamborghini Huracan GT3 of Bryan Sellers and Madison Snow powered to the GT Daytona (GTD) class win in Saturday’s Northeast Grand Prix at Lime Rock Park.

While five manufacturers took their turn atop the leaderboard throughout the race, the No. 48 Lamborghini proved to be the strongest of the day as they led the final 63 laps of the two-hour, 40-minute race. By the race’s end, however, six different manufacturers made up the top six finishers.

“It was a great race,” said Snow. “Anytime you end up on the podium, it’s good, and when you win, it can’t get any better. Bryan gave me the car in a position where there was nobody around, so I just sat there and did laps. That’s a lot of pressure when you’re handed the car like that. You do everything you can to keep the car there and stay ahead. No matter how big of a gap you have to the people behind you, it’s never enough. You’re always nervous.”

The victory is the second of 2018 for Paul Miller Racing, which is based two hours down the road from Lime Rock in Parsippany, New Jersey. The team’s previous win this season came at the Mobil 1 Twelve Hours of Sebring in March. With six podiums now on the season, Sellers and Snow widened their lead in the GTD championship standings to 10 points (218-208) over Katherine Legge, who finished fourth in the No. 86 Meyer Shank Racing Acura NSX GT3 with Alvaro Parente.

“It’s so hard to find words in moments like this,” added Sellers. “The wins don’t come often, so this is great. There isn’t a strong enough word to describe how today was. We had some issues early in the week, and the guys were able to fix it and get us moving to deliver a win to Paul in front of his home crowd at his home track.

Nabbing their second consecutive podium finish was Andy Lally and John Potter in the No. 44 Magnus Racing Audi R8 LMS GT3. Lally’s drive to the front for second place was one of the more impressive performances of the race, in addition to that of Gunnar Jeannette, who overcame a spin during his stint to finish third with co-driver Cooper MacNeil in the No. 63 WeatherTech Racing Scuderia Corsa Ferrari 488 GT3.

The WeatherTech Championship returns to action in two weeks at Road America for the Continental Tire Road Race Showcase on Sunday, Aug. 5. The race signals the return of the Prototype class following Lime Rock’s GT-only event and can be seen live on FS1 at 2:30 p.m. ET. The race will be carried live by IMSA Radio on IMSA.com, RadioLeMans.com and SiriusXM Radio (Sirius 138/XM 202/App 972).