It was a successful end to the World Rally Championship’s Neste Rally Finland for Team MRF Tyres with Gaurav Gill and Glenn Macneall behind the wheel. 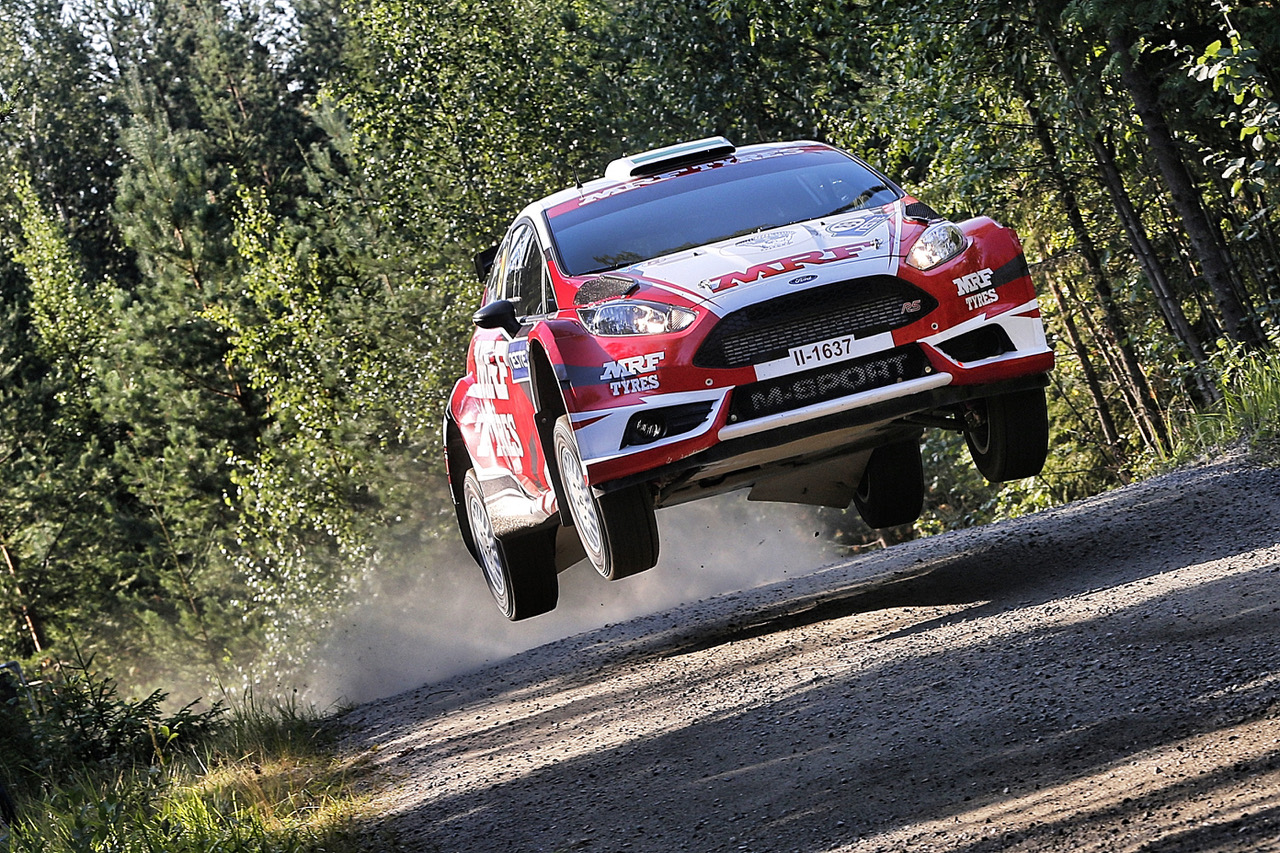 In what is the second WRC event for the team, It was a learning experience for the new tyres which were introduced to help cope with the extremely high speeds and continuous jumps that make up the Finnish stages.
One of the primary goals of Rally Neste Finland was to gain data to continue the tyre development and for Gill and Macneall to gain confidence in the car on these stages.
“Finland is about confidence – the roads are so fast and there are so many jumps that you need the confidence to be on the pace,” Gill said.
“We were gaining confidence over the weekend and you can see we improved a lot on our second runs through the loops.”
“Additionally, the MRF Tyres worked well on the stages which gave us the confidence to push. I am happy with the weekend and we certainly have a lot more information to the further develop our tyres.”
The M-Sport prepared Ford Fiesta R5 was running solidly in the mid-field of the R5 class (RC2) which was dominated by local drivers.
The weekend started well for Gill and Macneall on the city street stage before the solid opening on Friday running in the forests of northern Finland.
After having to run in Rally2 regulations , Saturday morning saw the outright placing was not important but the Saturday running was strong with the team making changes to the car in the midday service, unlocking additional pace and confidence in the car.
For Sunday, there were four stages that greeted the crew – two runs through the 11.14 Laukaa stage and two runs on the 11.12 Ruuhimäki stage.
To prove that confidence breeds pace in Finland, Gill and Macneall were able to improve their pace by more than a second a kilometre in the second loop.
“It was great to see the crowds out on stage at Rally Finland. Even from inside the car you feel the atmosphere and want to try harder for the fans,” Gill said.
“I was happy to be able to improve my times and show the performance of the MRF Tyres team in this legendary event.”
The next outing for the MRF Tyres Ford Fiesta R5 will be the Dayinsure Wales Rally GB.
The team will have to cope with the event that is usually run on muddy roads in colder weather.
The Dayinsure Wales Rally GB will be held between 4-7 October and will see 23 stages and a competitive distance of more than 200 miles (323 km).