On Friday 30th November 2018, SuperStage vzw, organisers of the renowned Ypres Rally, will give the start of the first Ypres Rally Regularity, a three-day regularity rally for historic vehicles homologated between 1950 & 1987. A new regularity rally on the international calendar which reverts to the roots of Ypres’ classic rally. 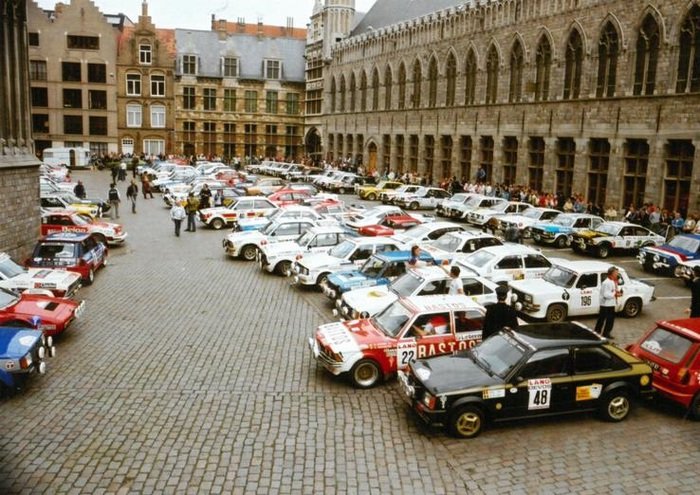 Jan Huyghe, marketing & sales director of SuperStage vzw: “Once competitors of the Renties Ypres Rally & Ypres Historic Rally 2018 have proved their worth in the special stages, on the 1st and 2nd December 2018 it will be the turn of the regularity stalwarts to enjoy a taste of Ypres’ atmosphere and … sportsmanship! On a varied course the competitors will be confronted over three days with the challenges that our area boasts and over the years has made it notorious. Back to the roots, but in a modern context.”

The start of the Ypres Rally Regularity will be given on Friday, 30th November 2018. Following the document control and scrutineering in the heart of Ypres’ historic centre, and the optional ‘shakedown’,the serious work kicks-offat 18.30hrs with the start ceremony in the shadow of the Lakenhallen in the centre of Ypres. During the opening phase the competitors will have their hands full with a series of known stages that have been resurrected. These stages will be regularity tests held on public roads with a clear drawn up roadbook that remains secret until just before the start. Short liaison stages, the upcoming dusk and a double pass with time control (and service zone) at a location that is part and parcel of Ypres’ rally history, will determine the pace of the ‘night section’.

After a brief night’s rest on Saturday 1st December 2018 we will open up the 1997 archives. The year in which the Rally of Ypres was candidate for the World Rally Championship and devised special stages in Moeskroen, Steenkerke,… During this highly demanding second competition day the competitors will also have to tackle a ‘sporting stage’. A test on closed sections with a highly tight imposed target time. A referral to the first closed special stages of old and an additional hotspot for the spectators. Around 16.30hrs the first competitors will reach the podium in the centre of Ypres. By then the teams will have a fair number of kilometres under their belt, interrupted by a short night’s rest …

Following a relaxed and enjoyable evening on one of the many heated terraces with view on the podium in the centre of Ypres, on Sunday 2nd December as from 06.30hrs the following new regularity tests will be on the menu. The teams will be setting off early to take on several regularity tests in the vicinity of the Ijzer. Regularity tests with a fair chance of mist … But as yet the battle is not over, because the competition’s final run features a second ‘sporting stage’. Around 14.00hrs the remaining competitorswill reach the finish podium wherethe winners will immediately be celebrated.

As from 17.00hrs a grandiose party on a unique location will conclude the event where the winners will be formally added to the roll of honour of Ypres’ rally history.