Estonian digs in to take fifth win from the last seven rallies. 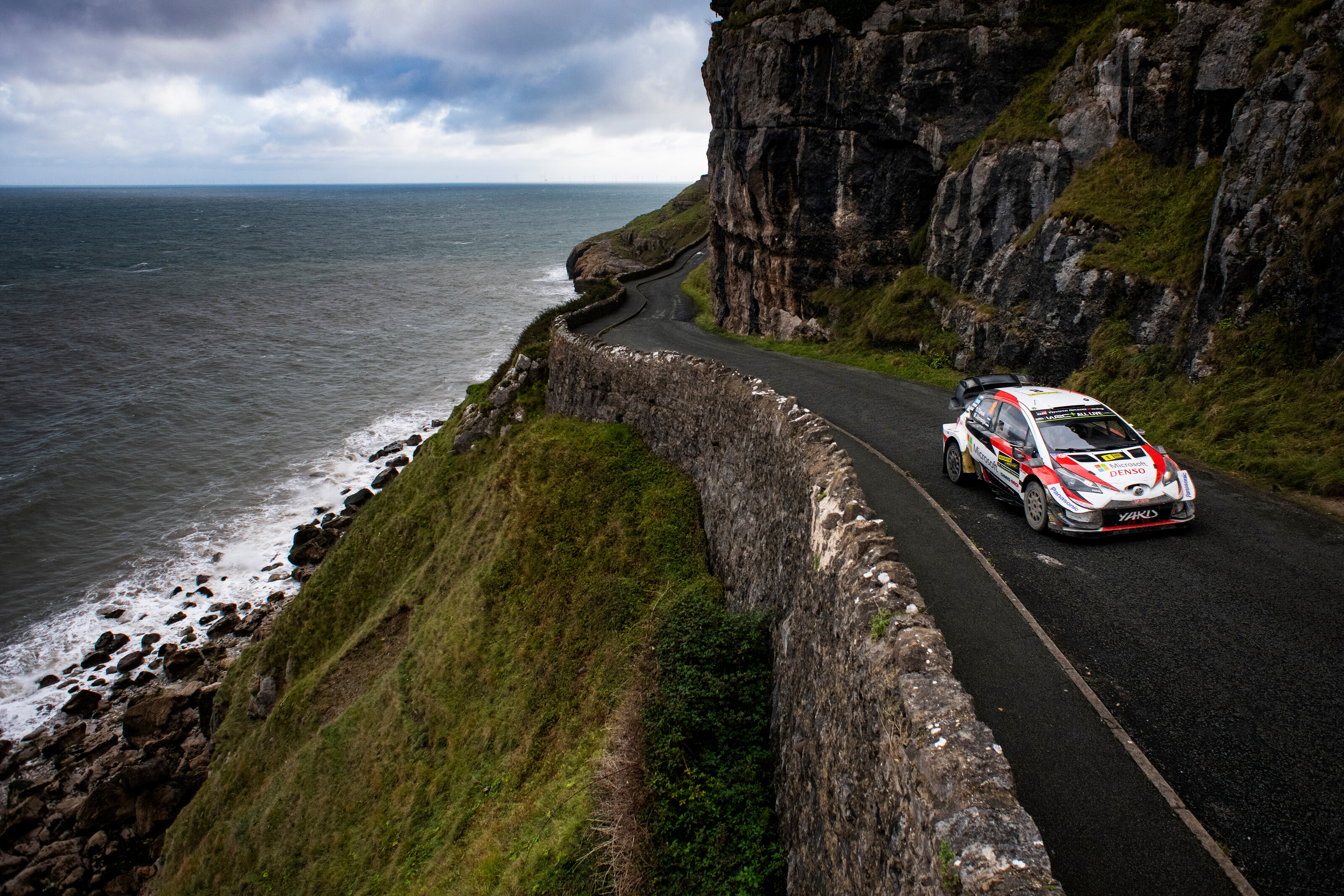 His fifth victory from the last seven rounds was topped off with maximum bonus points from the final Wolf Power Stage. He will secure the crown if he wins the penultimate round in Spain later this month.

His 10.9sec success was far from easy. Muddy forest roads, rain and fog in north and mid-Wales meant the Toyota Yaris driver had to be at his best to fend off title rivals Thierry Neuville and Sébastien Ogier.

They snapped at Tänak’s heels after he claimed the lead from team-mate Kris Meeke late on Friday night. The Estonian held them at bay and the pair helped Toyota Gazoo Racing cut Hyundai Motorsport’s manufacturers’ championship lead to eight points.

“It was a long weekend with long days and short nights and a lot of pressure. I guess the gap was never bigger than 10 seconds and every stage I was on the limit,” Tänak admitted.

“It was a hard one, but it feels good at the moment. We still have two more rallies to go and we have seen plenty of drama in the past, so we need to keep focused.”

Neuville, without a win since April, emerged as the closest challenger in his Hyundai i20. However, in a rally where the time gaps were small despite the tricky conditions, the Belgian couldn’t make inroads in Sunday’s closing four speed tests close to the rally base in Llandudno.

Ogier completed the podium in his Citroën C3, a further 12.9sec back. The Frenchman’s hopes of a seventh straight title are dwindling as he trails Tänak by 28 points with a maximum 60 available. Neuville is 41 points off the lead.

Meeke led throughout Friday’s first full day in his Yaris but couldn’t reproduce the same pace over the weekend. He finished 11.8sec behind Ogier and a similar margin clear of the battle for fifth between Elfyn Evans and Andreas Mikkelsen.

Evans trailed the Norwegian on Sunday morning after damaging his Ford Fiesta’s suspension when he ran wide at fast corner on Friday. The Welshman, the winner in Britain in 2017, charged back up the order and relegated Mikkelsen by 9.6sec.

The WRC moves to Spain later this month for the penultimate round and the only mixed surface fixture of the year. RallyRACC Catalunya – Rally de España is based in Salou from October 24 – 27.