Team MRF Tyres is excited to have an 11-time Italian national champion joining the squad for the season as Paolo Andreucci’s car will be shod by the Indian tyres for the 2021 Italian Gravel Rally Championship. 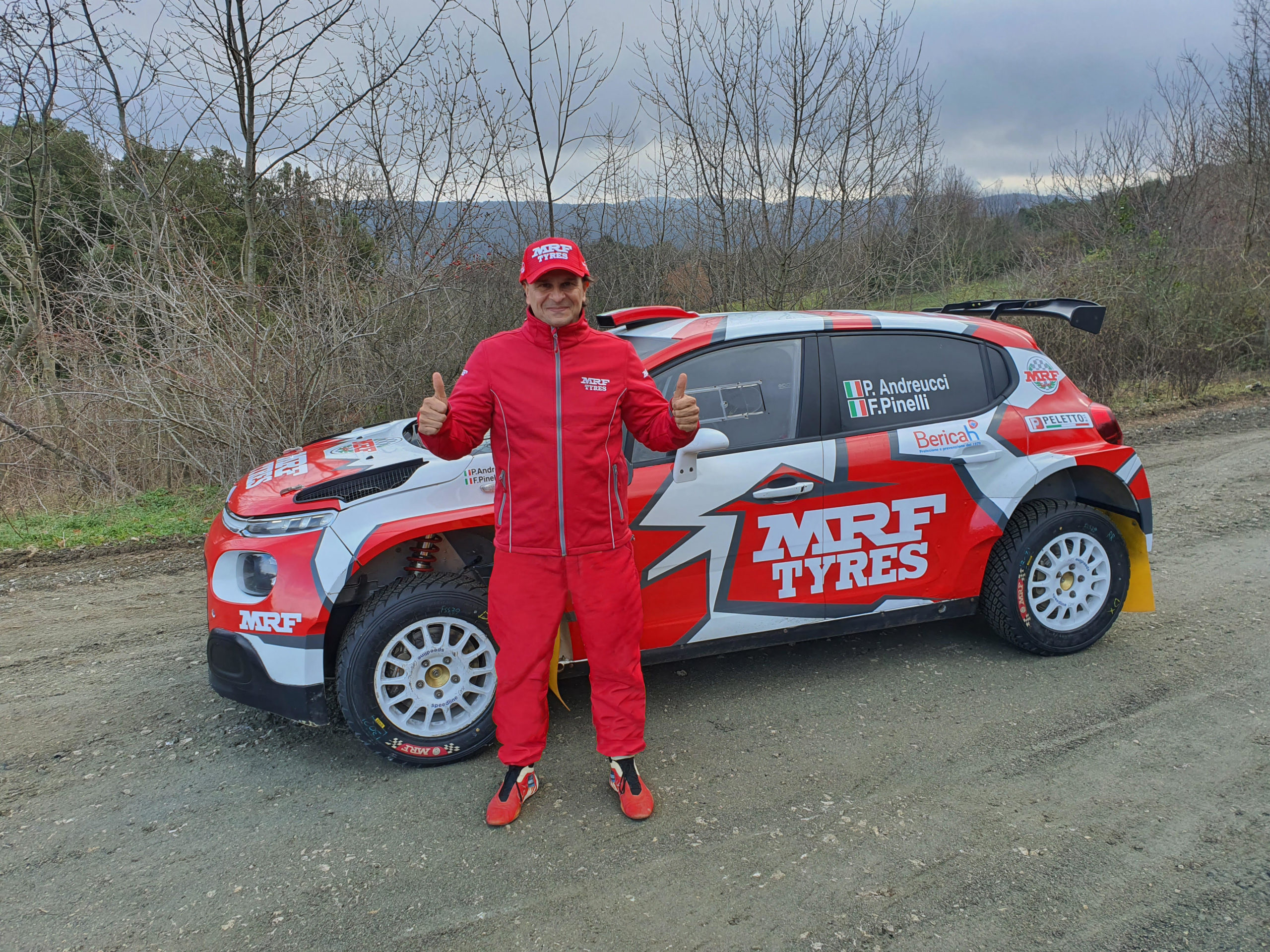 Andreucci joins the team for the six-round Italian Gravel Rally Championship campaign and will drive a Citroen C3 Rally 2 on the latest generation of MRF Tyres.

Being able to partner with an 11-time national champion inspires confidence and a strong commitment to building on the progress made over the past year for MRF Tyres.

Andreucci has more than 20 years of experience in tyre development and these skills will be a valued asset throughout the season for Team MRF Tyres.

Alongside side the six round Italian Gravel Rally Championship, Team MRF Tyres has an aggressive 2021 testing schedule and Andreucci will play an important role in this program.

It demonstrates MRF Tyres’ commitment to the European market and the desire to reach the front of the world’s best championships.

The Italian Gravel rally Championship is one of the strongest and toughest championships in the world, drawing big fields and creating expert drivers.

The season starts on 24-25 April with Rally Adriatico where Andreucci, along with codriver Francesco won here last year. The second round will be supporting the WRC with the Rally Italia Sargenda in early June. San Marino follows before the Rally Città di Arezzo – Valtiberina.

It was on these Tuscan roads last year where Emil Lindholm/Mikael Korhonen dominated the event before a mechanical issue robbed Team MRF Tyres of victory.

The final two rounds of the season take place on 11-12 September with the Rally dei Nuraghi e del Vermentino and on 6-7 November with the Liburna Rally Terra 2021.

It is the next piece in the puzzle as MRF Tyres continues to develop and build on a strong 2020 campaign.

The 2021 season started well for MRF Tyres with Lindholm/Korhonen taking a podium spot in the opening round of the Finnish Championship at Artic Rally. It makes two podiums from two outings on snow and ice after Craig Breen and Paul Nagle achieved a podium in 2020 in Finland.

MRF Tyres has proven pace and experience on gravel rallying around the world, producing perfect tyres for national and regional rallying. As MRF Tyres prepares to take on more and more top-level rallies around the world.

Further announcements for the 2021 campaigns will be made in due course. The next outing for Team MRF Tyres will be the SM OK Auto Ralli, the second round of the Finnish Rally Championship with Lindholm/Korhonen on 5-6 March.

“MRF Tyres is a very important company in the automotive market and, above all, is investing seriously in motorsport. We have common and converging objectives, and this commitment is what has drawn me to this program.”

“I like to challenge myself with new opportunities, and I am excited about this one. I am a person who has always made commitment and determination based on strengths. It is thanks to the passion and technical knowledge of the entire team at MRF Tyres that I believe together we can do a good job.”

“For 2021, we want to be as competitive as possible in the Italian Gravel Rally Championship and above all to help MRF in developing competition tyres. The potential is high as well as everyone’s desire to achieve important goals.”

“We are proud of how competitive Team MRF Tyres was in the 2020 European Rally Championship season. Every one at MRF Tyres is working hard and we are happy to be present competitively on a world stage like this.”

“To be able to attract an 11-time national champion to MRF Tyres speaks about our commitment to rallying in Europe and the continued development of our rally tyre. We are dedicated to further our success and we look forward to the Italian Gravel Rally Championship.”

“I would like to welcome Paolo to the team and wish him the best of luck for the 2021 season.”