Okayama, Japan. Kiwi Jono Lester is ‘fizzing’ after scoring a maiden podium at the opening round of the 2017 Autobacs Super GT Series in Japan. 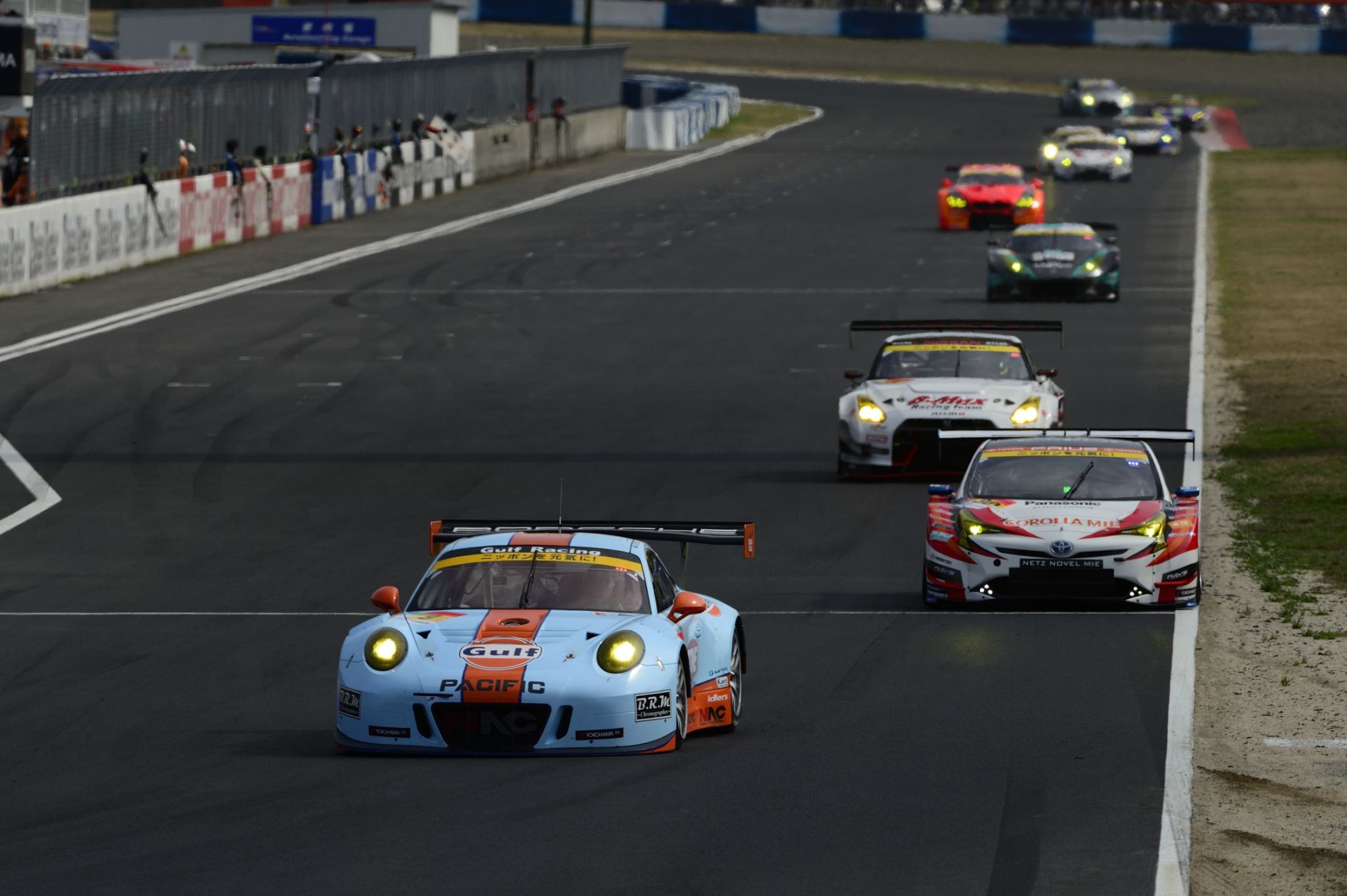 In only his second ever Super GT race, 27-year old Lester & Japanese team-mate Kyosuke Mineo climbed from fifteenth on the grid to a third place podium, driving the Gulf Racing Porsche 911 GT3-R.

The result positions Lester & Mineo as championship contenders in the GT300 class, made up of 30 GT3 & JAF (Japanese-spec) hybrid machines featuring a global grid of factory drivers, former world champions and F1 stars.

The Okayama 300km race got underway under strange circumstances, with the majority of Honda’s GT500 class entrants suffering throttle failures en route to the grid. 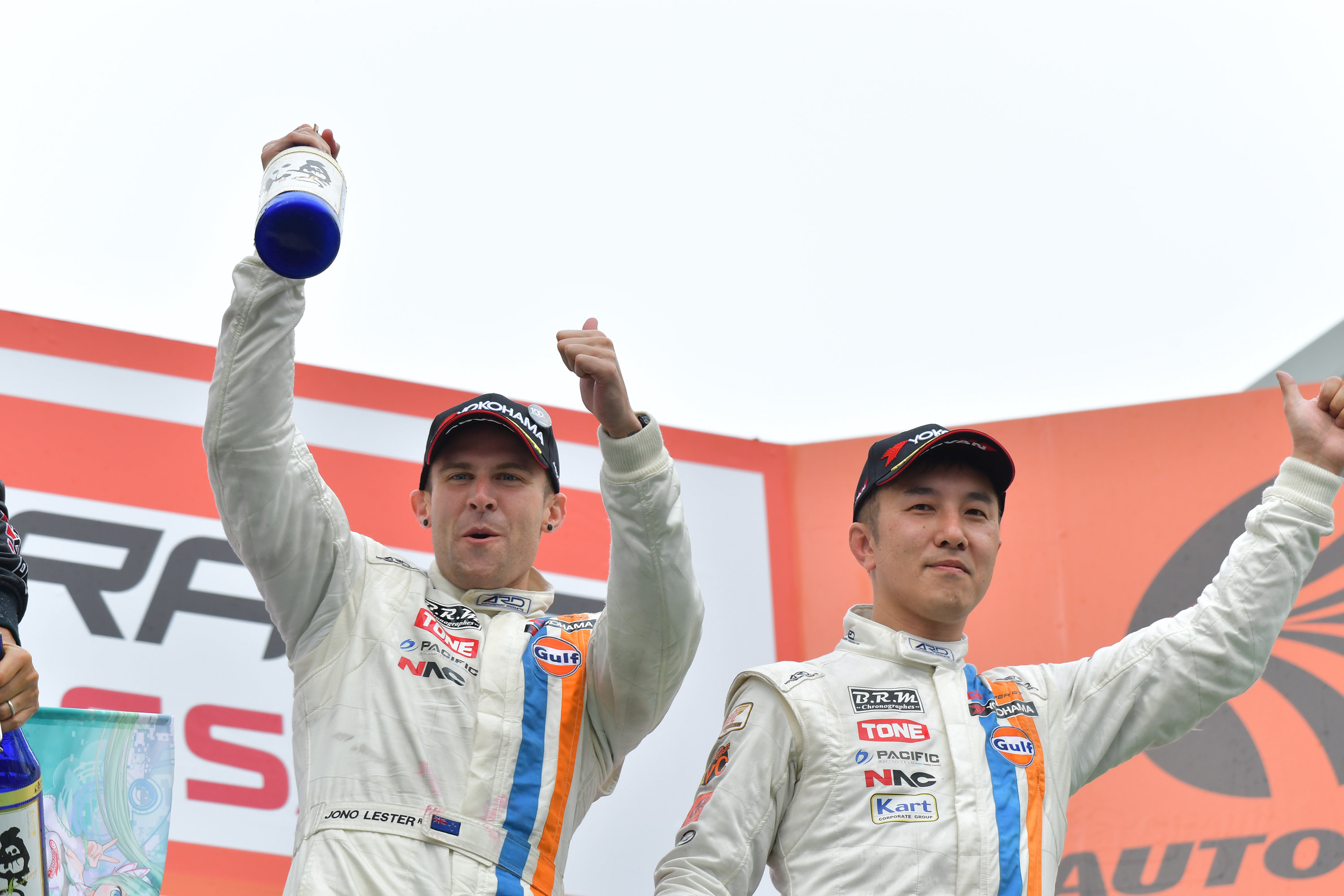 The next round of the 2017 Autobac Super GT Series is the Fuji 500km race on May 3-4; a venue where Lester showed top form during pre-season testing.