When the ARC2 concept was announced earlier this year Nat Dillon was one of the first to jump in. 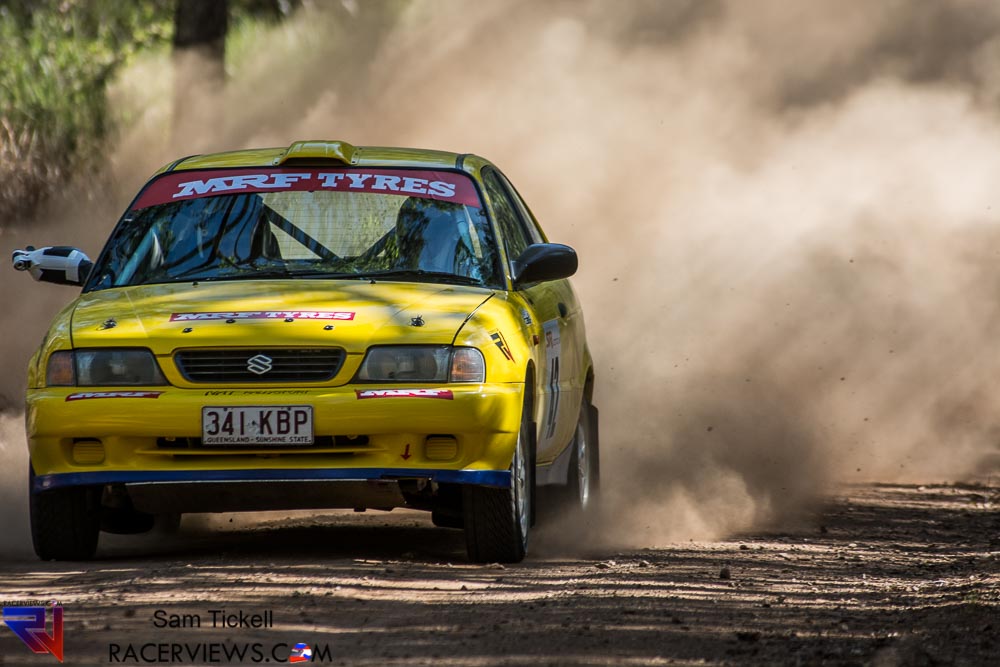 Committing the series for the opportunity to compete on the same stages as WRC champions, including four times champion, Sebastien Ogier.

It seemed like an impossible task, stepping up to compete nationally in his Suzuki Baleno – a car that he had barely competed in before.

There were logistical issues after the cancellation of Rally Queensland but none of this deterred Dillon.

Dillon cemented his spot in Kennards Hire Rally Australia and leads  ARC2 2WD with 16 points, ahead of his rivals, Stephen Mee and Harry Bates.

Now, it is all to play for on the WRC stages held around Coffs Harbour.

“The goal for this year was always to try and make the ARC2 final at Rally Australia,” Dillon said.

It hasn’t been the easiest ride to Kennards Hire Rally Australia with a challenging run to class win on Rally Canberra and in the MRF Tyres Queensland Rally Championship.

“There have been lots of ups and downs during the year with the high of Canberra even though it wasn’t easy – especially SS10 where it was wet and we almost ended it in a bank.”

“On the other end of the scale, there was the P3 Solutions Benarkin Rally where we never quite made it to the start line due to an engine issue.”

“As a life long rally fan, it has always been a goal to compete in the Australian Rally Championship and Rally Australia, alongside the world’s best.”

Thanks to his class victory in Rally Canberra, dream will now turn in to reality for Dillon.

“Being a rally fanatic and having gone to my first event when I was just six weeks old seeing my name on an entry list along side past and present ARC champions including a hero of mine Neal Bates has just been amazing.”

Of course this opportunity would not have been possible without Mentor MRF Tyres who are providing a free set of tyres to the ARC2 competitors.

The work by those at CAMS Australian Rally Championship and Kennards Hire Rally Australia has been vital to ensure this opportunity of a life-time for Dillon and the other ARC2 competitors.

It is an important link for State and club competitors to make the leap to higher level competition and rally in front of a new set of fans.

“I really hope that CAMS and the ARC see a future for the ARC2 and it continues for many years to come,” Dillon said.

I think it goes without saying that a big thanks to my family, friends and the businesses that have supported me this year to be able to achieve this goal.”

Dillon and Malpas’ Suzuki Baleno will be in action in Kennards Hire Rally Australia from 16-19 November in Coffs Harbour. Tickets and spectator information can be found here – https://rallyaustralia.com.au/