We talked to MRF /Mentor Tyres Vivek Ponnusamy about their push into Australian motorsport and how they see their place in the sport and its development.

Missed part 1 – read it here: The rise of MRF Tyres – in depth with Vivek Ponnusamy PT1 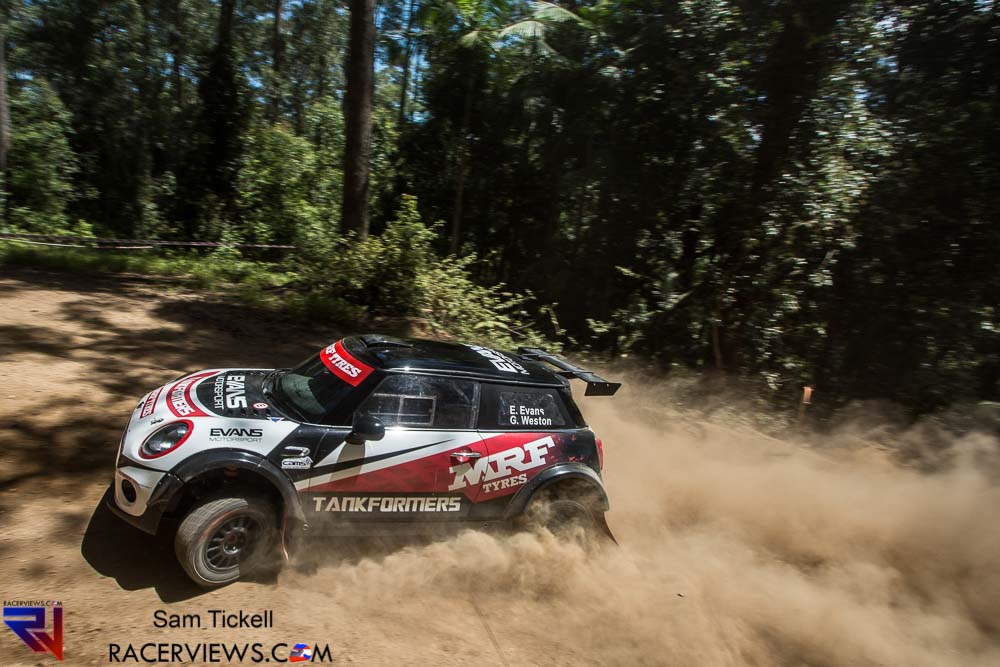 About MRF – do they have the resources?

MRF Tyres has been a sleeping giant of the East. In the motorsports world we tend to be more aware of European manufactures – those with long and heralding sporting histories.

But it doesn’t take long to realise that MRF is someone to be taken seriously. In their 70 year history they have had a massive impact on their local market, making everything from tyres for jet fighters to scooters.

More than 16,000 employees, revenue of US$3.5 billion last financial year and a desire to enter the European tyre market means that the company has the resources and commitment develop their on stage product into something bigger and better.

“I want to highlight to you, is MRF’s commitment towards development is just unreal. I can vouch that. Every company will say that but I can vouch that, because if you look at it, we manufacture tires from mopeds and scooters to fighter jets. So, most of the Indian Army fighter jets run on MRF tires. We are talking MiG-21s to MiG-29s, which the first rotation of the tire is 430-odd kilometers when it lands.”

I think that that data which we collect, that is why our R&D center in India is one of the best in the world. Because we are not one product-focused company.

“If we manufacture tires to that level, to the lowest level, which is the scooters and mopeds, which we have few in India, I think that that data which we collect, that is why our R&D center in India is one of the best in the world. Because we are not one product-focused company. We get data from scooters to mopeds to bikes to you know, fighter jets. And to cars, to passenger cars, to everything.”

They may not have the profile of the tyre manufacturers we have in motorsports in Europe, the USA or Australia. We know the names of Michelin, Pirelli, Goodyear and what not.  Their R&D programs are there for all to see. Their results speak for themselves.

When it comes to the East – China and India in particular, they have concentrated on their home markets and now see growth to the world as not only possible but something that they desire.

“R&D is working in the background and it’s just unreal. That is what translates to the product which are brought to rally tires, racing tires, go-kart tires, motocross tires, doesn’t matter. Because motor sport is the highest level of performance and that is why I can say humbly that we have done okay for the first one and a half years we are here.”

From club level to the international stage

In Australia, MRF have taken a philosophy to help drivers from club racing all the way to regional FIA Championships.

It comes through in the way they support championships and develop tyres.  Ponnusamy is determined to keep costs down for competitors while giving them a tyre that will last.

For example, the average MRF competitor used only 14 or so tyres of their allocation at the Kennards Hire Rally Australia this year. Last year, on a different brand, the tyres were struggling to last the leg.

Plus, per tyre, the cost is cheaper.  A double win for the competitors.

How they see a control tyre working

Which is where a control tyre situation is preferred.  Even though it is evident that MRF don’t shy away from competition – as evidenced in the APRC and State rallying.

“Invariably if you don’t have a control tire, honestly the cost will go up. You know why? The guy who is winning on a expensive tire, he will win the rally, because the expensive companies will pay expensive money to give free tires, right?

“The other interesting, is if you have a control tire, everybody is using one tire, right? From a national level, it trickles down to the state level, so you can actually go and buy a secondhand tire from a national competitor, saying that, ‘Hey, can you give me for 50 bucks, 100 bucks, whatever.’ So the cost actually goes down.”

With such a philosophy, club level competitors are as important as the top championships – both are used for development.

It is no use producing a tyre that can be used on Rally Malaysia that can’t be used on a State rally in Queensland. Their market won’t stand for it.

From a national level, it trickles down to the state level, so you can actually go and buy a secondhand tire from a national competitor, saying that, ‘Hey, can you give me for 50 bucks, 100 bucks, whatever.’ So the cost actually goes down.”

So each competitor’s data and feedback can be important for development.

“Even the club-level guys. “What do you feel about the tires?” And giving that feedback back to the company. They are achieving these results and using them in the ARPC. And also vice versa. From APRC, drivers like Lappi and Kopecky, Gaurav Gill, Chris Atkinson, Scott Pedder, their feedback, what they have given on the tire, I have come back to the club level competitors.”

Which all suggests that MRF will be here for some time. They are looking to develop rallying in this country and around the world. How they develop their product and racing strategy in the future will be interesting.

And whatever the case, we will all get used to these three letters and the Indian challenge.