Rea on top in WorldSBK test

World champion, Jonathan Rea, has completed the final WorldSBK pre-season test at the Phillip Island Grand Prix Circuit with the fastest time, ahead of the opening Yamaha Finance round of the 2018 MOTUL FIM Superbike World Championship starting this Friday. 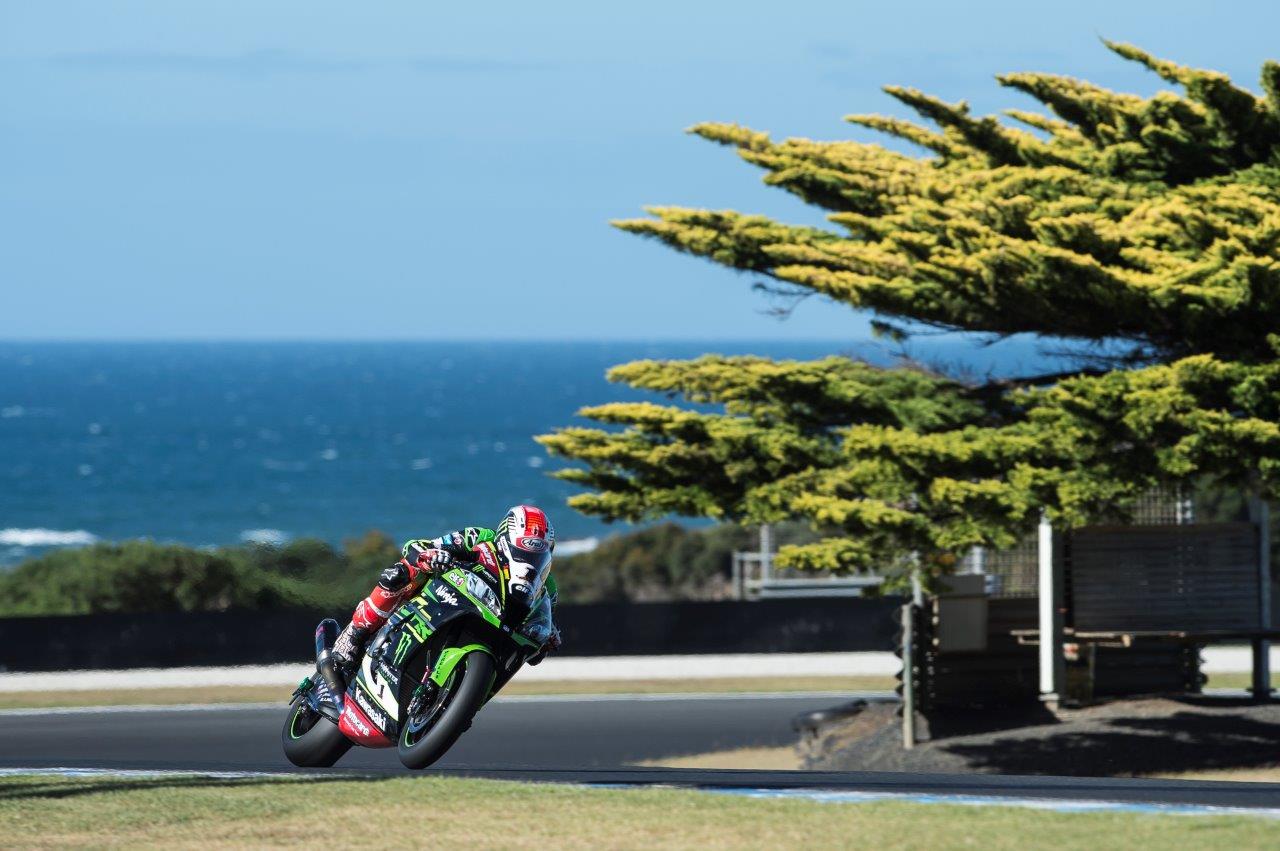 After completing day one in third position, Rea shot his Kawasaki Racing Team ZX-10RR straight to the top today, with his best lap 1m30.598 across the two-day eight-hour shakedown. Rea, the three-times world champion, said windy conditions over the test had made development a little challenging, with his team focused on sorting a new Pirelli rear tyre, produced for 2018.

Rea’s form is a warning to his rivals that despite a rev limit handicap on his Kawasaki in 2018, designed to produce closer racing in the production-based series, the new world champion is ready to kick-start where he left off an all-conquering 2017. Last year, he took the double at the Phillip Island opener – a circuit he now considers his home track.

Rea, van der Mark and Fores all crashed on day two, but escaped with out injury.

World No.2 Chaz Davies (Aruba.it Racing Ducati) had a low-key build-up to round one, finishing the test in 11th position.

The Australian wild cards were all on the improve today, with Honda’s Troy Herfoss the best Aussie performer – 16th fastest with a 1:32.297s. Twice Australian superbike champion, veteran Wayne Maxwell was 19th fastest overall on his Yamaha with a 1:32.651 s best time; while new team mate, young Adelaide rider Daniel Falzon put his Yamaha 21st on the test time sheets with a two day best of 1:32.828s.

Any fine-tuning for the WorldSBK brigade will now have to take place when practice begins on Friday, ahead of the two races at 3:00pm on Saturday and Sunday.