The sixth edition of the Aarova Rally in Oudenaarde was, as expected, won by world champions Craig Breen and Paul Nagle. In their Hyundai i20 Coupé WRC, used by the Hyundai factory team to test for the Ypres Rally. Adrian Fernémont and navigator Samuel Maillen did the best job for the Jobfixers Belgian Rally Championship. They came second before Niels Reynvoet and Willem Verbeke, the best regional riders. 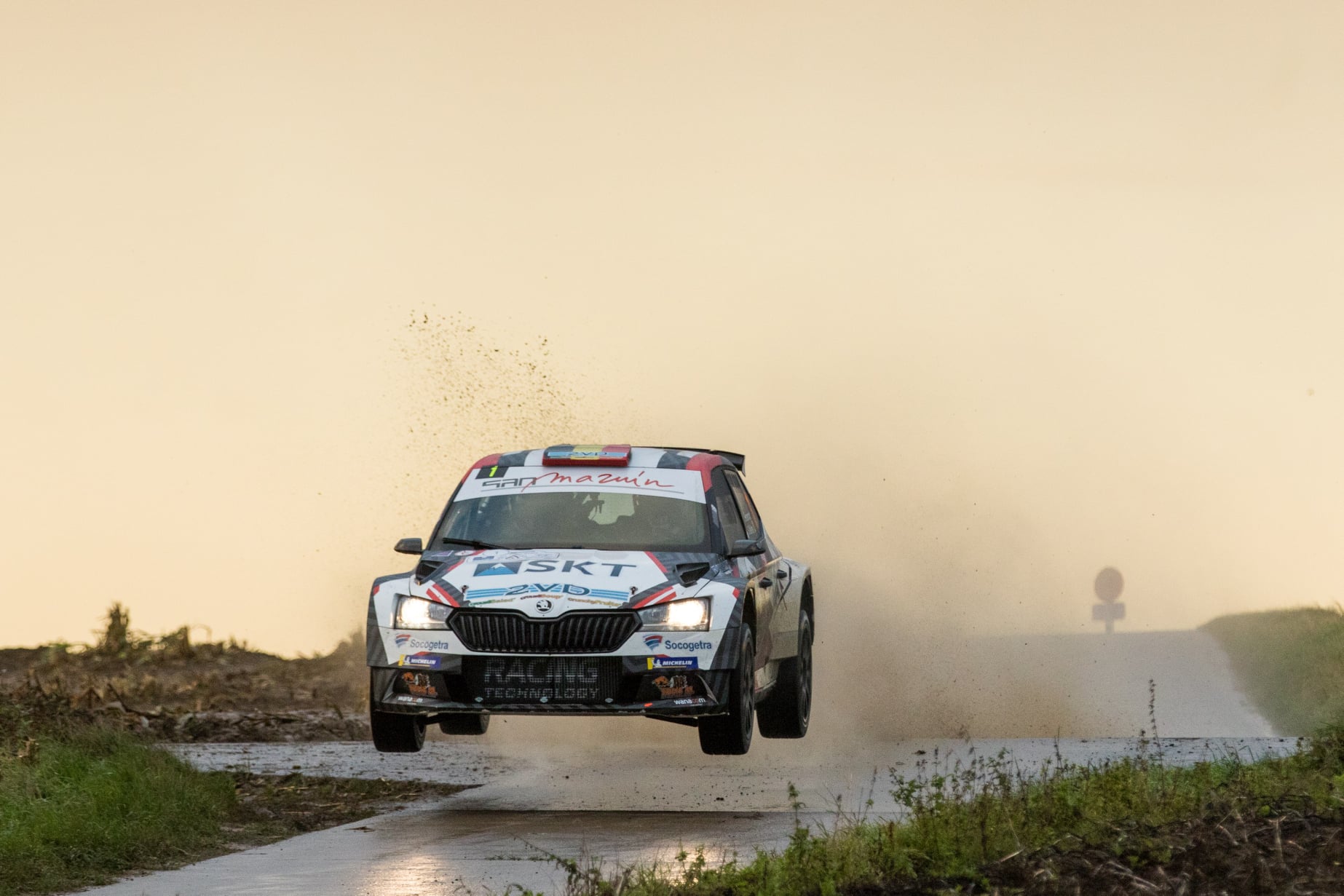 The first national edition of the Aarova Rally was a direct hit with 75 BRC participants and 31 starters in the Criterium. Due to the changeable weather, the sport was also a huge challenge for the participants, especially after a mandatory break of 7 months in the championship.

In the opening phase, a number of tenors were surprised by the delicate weather conditions. Starting with Grégoire Munster, who was surprised on the first stage on the smooth cobblestones. Guillaume de Mevius was felled by a faulty water pump on his Citroen. Pieter Tsjoen went over the head with his Skoda, Jean-Baptiste Broekaert went off the track, just like the Briton Meiron Evans, Tim Van Parijs broke the rear bridge of his Porsche and Junior Gilles Pyck also moved into the decor. The Dutch Gert-Jan Kobus (off the track) and Jim van den Heuvel (over the head) also left the track in the first half of the match.

At the front, Craig Breen immediately took the lead, but when the windshield wipers failed for a moment on the Hyundai, Niels Reynvoet briefly took over command. The Skoda driver from Zingem held out for a while, but when the Hyundai was restored, Craig Breen turned out to be much too strong. The Irishman won with a 1’24 “lead.” It was certainly an interesting race to test our car. The circumstances give a good idea of ​​what to expect in Ypres in November. The course was extremely slippery and muddy. It really wasn’t that easy to develop high speeds with our WRC. It was my first rally in the i20 Coupé WRC, a car that continues to impress, “laughed Craig Breen. 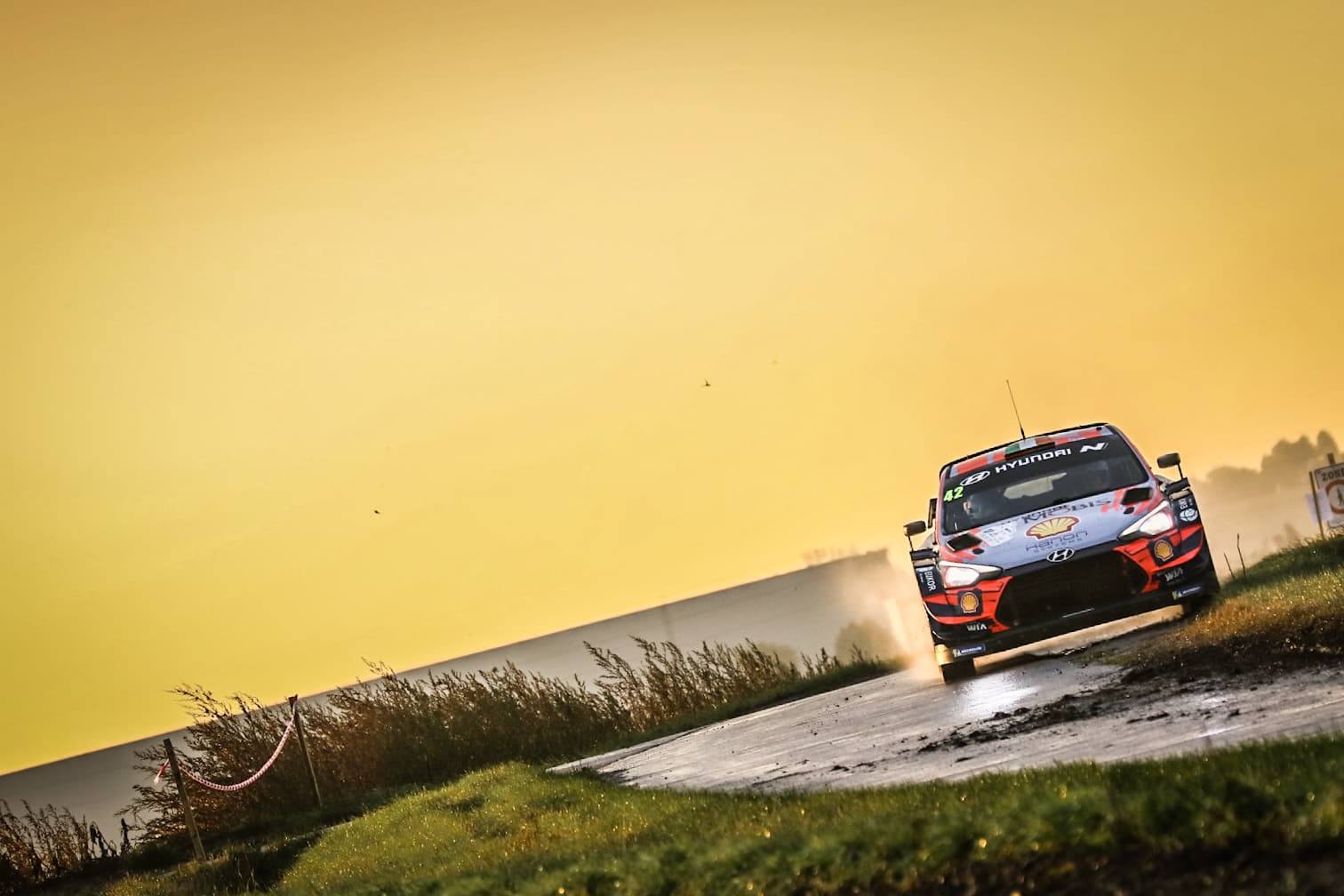 With the right tire choice in the afternoon when he opted for “full wet” tires while the competition was on “medium wet” tires in a downpour, Adrian Fernémont moved up to second place for the maximum points for the Jobfixers BRC. The defending champion is also in the lead in the standings.
“In the end we are doing a great job, although it was extremely difficult, because there was a surprising amount of water on the track here. We had to constantly fight against aquaplaning. We did attack, but I did not have the impression of taking excessive risks,” Fernémont laughed.

Niels Reynvoet could hardly believe that he achieved third place in this strong starting field, second with an R5. “On this course it was important not to make mistakes and to set regular times. We were well ahead from the start, even though the stages were incredibly smooth. Thanks to the 4 fastest times in the Monteberg, I came with more confidence at the start and that was rewarded. ”

As Kris Princen punctured on the very last test and reached the closed fleet on three wheels, fourth place went to Bernd Casier, who made a strong comeback with his new Ford Fiesta MKII R5. “I didn’t expect this after our check during the test session this week. Our mechanics worked day and night to get the car ready. It almost went wrong, because I went off the track on the last test. We flew fortunately over a ditch and in a field where the mud was not too deep, “said Bernd Casier, who wants to be there again in the South Belgian Rally within two weeks. Kris Princen, who also missed some time in the opening test due to a slider in the hairpin, came fifth, ahead of Sébastien Bedoret. The young Skoda driver took no risks all day long to bring his Fabia to the finish without damage this time.

Two-time winner Vincent Verschueren had expected more from his home rally, but the weather conditions did not play into the hands of his VW Polo GTi R5. Verschueren stranded, among other things after a mistake in Maarkedal, in 7th place, ahead of Cédric De Cecco, Fred Miclotte and Cédric Cherain, who lost time in the final phase due to a time-consuming flat tire and a small sortie.

It was also a real elimination race at the Porsches, but Andy Lefevere was clearly the fastest all day. Tim Van Parijs (swingarm), Patrick Snijers (off the track) and Gunther Monnens (off the track) did not make it to the end.

In the RACB Criterium there was no measure for BMW driver Frederik Vandeloock.