Harry Bates and John McCarthy have enjoyed the perfect start to the 2022 RSEA Safety Motorsport Australia Rally Championship (ARC) with a clean sweep of stage wins on day one of the Netier National Capital. 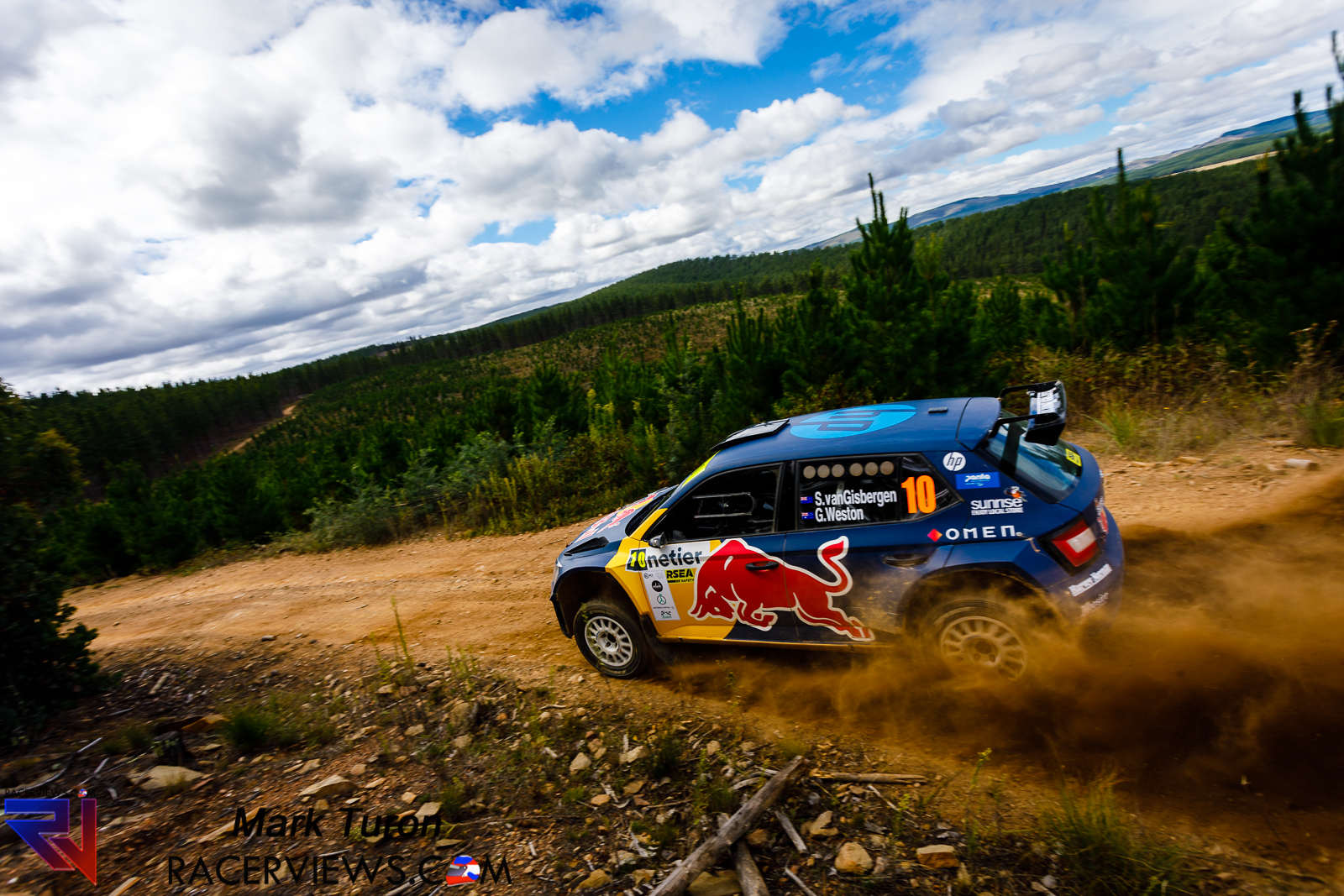 With rain playing a part in the Canberra forests for most of Saturday, the 52 crews contesting the event battled the conditions throughout the day for more than 100 kilometres across seven stages.

Bates and McCarthy on the other hand were on another level and finished the day with a lead of just under one and a half minutes courtesy of seven wins from seven stages.

“It was a really strong day all in all and that’s evident with how many attritions there were through the field and auch how many problems people had,” Bates said.

We were reasonably unscathed; we had one small spin on stage four and just grinded our way through stage five but still won the stage.

“I feel really sorry for the guys who came unstuck in stage five, including Lewis, it was very tough conditions but that’s rallying.

“The atmosphere (of spectator stages) was amazing. I was sitting at the start line of the first stage and it was incredible to see.I have never seen so many people at a rally in Canberra. it was incredible.
“Were in a good position, I am happy with our gap. It’s a good opportunity to try thing. I want too stil push for stage wins, going to take it stage by stage.”
van Gisbergen was the talk of the paddock on Saturday, his consistency across both the short and long stages highlighting his skill across all disciplines.
The Kiwi was regularly in the top three fastest throughout the day, finishing the day on a high.

“It was pretty awesome. The day had all types of conditions. There was dust and then it was super muddy and then it was wet and in the end there was a lot high grip,” van Gisbergen said.

“It’s been an awesome day, so we’ll come back tomorrow and have a go.
“Now that were looking at the times, we’re about a second a kilometres slower than Harry which is pretty awesome. “am not committing in the high speeds yet but that will come. I will see how I feel tomorrow and if I am confident, I will keep pushing hard, but it is a great way to start.

More than one and half minutes off the ARC debutant in third place is Evans and co-driver Adam Wright – a challenging penultimate stage seeing the Victorian lose some time to the leaders.

Throughout much of the opening day of his grand return to the ARC, Evans had shown plenty of pace in the Evans Motorsport Mini Cooper.

With less than half a minute the difference between the two at the second service break, the stage was set for an intriguing battle for the minor podium placings, however with Evans having a tough sixth stage – it opened up a big buffer between van Gisbergen and Evans.

Another driver making his ARC return closed the gap during the final two stages of the day – Brendan Reeves and Kat Catford steering the Hyundai Australia Hyundai I20 N to fourth place outright – 42 seconds behind Evans’ Mini Cooper.

Rounding out the top five despite having a few minor issues of his own was young gun Taylor Gill and co-driver Kim Bessel.

Behind the wheel of the ex-Arron Windus Subaru WRX, Gill battled up for much of the day and produced some good stints – twice making it into the top five.

After the first day, Gill auch leads the White Wolf Constructions ARC Production Cup – just under two minutes separating him and the next best crew in Jamie and Brad Luff – the Luffs sitting in seventh place outright.

It was a brutal day for a number of top contenders, with Lewis Bates and Anthony McLoughlin crashing out on the day’s fifth stage.

Arron Windus’ new Ford Fiesta G4 got its first taste of rally roads, but some mechanical dramas meant both he and co-driver Daniel Brkic were unable to finish the day. For now, the rest of the event will be used as a test day for the Activ Motorsport team.

In the battle for the Cups, comfortably leading the Shamrock Haulage ARC 2WD Cup is South Australian Guy Tyler and Zayne Admiraal in the popular Mitsubishi Magna, while James Dimmock and Paul Bennett are eight minutes ahead of Molly Spalding and Douglas Johnson in the Glendun ARC Junior Cup.