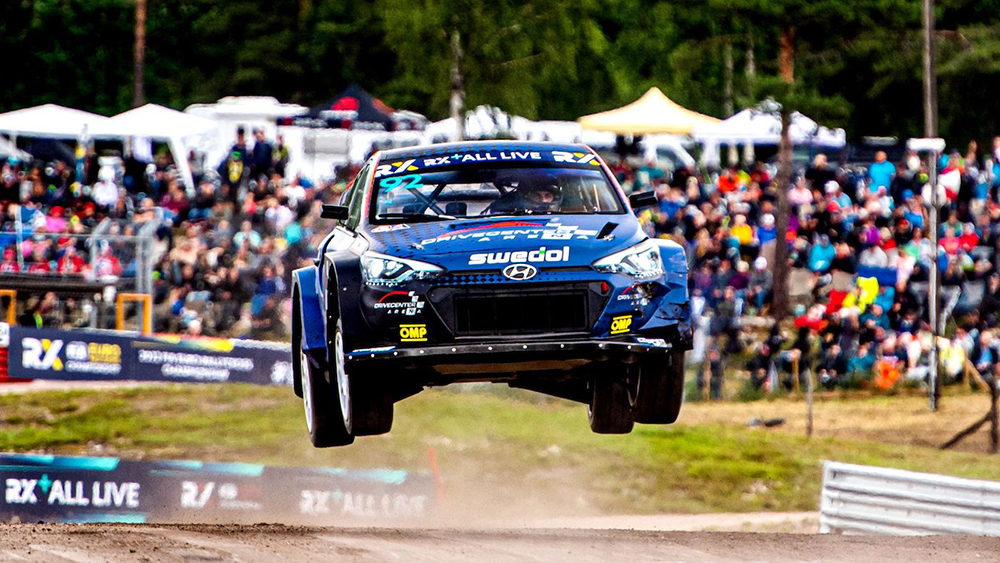 Anton Marklund made it two from two in the 2022 FIA European Rallycross Championship at Höljes today (3 July), benefitting from a post-event disqualification for on-the-road winner Oliver Solberg to extend his advantage at the summit of the standings.

The build-up to the legendary ‘Magic Weekend’ might have been all about the event’s box office stars – four-time FIA World Rallycross Champion Johan Kristoffersson, defending Euro RX1 title-winner Andreas Bakkerud and FIA World Rally Championship protagonist Solberg – but it was championship leader Marklund who outperformed them all throughout the heat races to seal the top spot in the intermediate ranking as the Swede went about proceedings in his usual calm, unflappable and ultra-quick manner.

From there, the Nyirád winner dominated his progression race and was comfortably managing the pace in the first semi-final when a late puncture dropped him behind Bakkerud. With countryman Anders Michalak hunting him down, he doggedly clung on to a spot in the final by barely a third-of-a-second.

That meant that instead of beginning the last race of the weekend from pole position, he took the start from the middle of the grid, exiting Turn Two in second place behind Solberg. A first lap joker by Kristoffersson forced the Hedströms Motorsport driver into an immediate response, and as he rejoined the main track, the pair made contact that sent both sideways, obliging them to call upon all of their famed car control to straighten themselves out.

Following a brief stint at the front of the field, Marklund’s own joker dropped him to third, but he had already been dealt one dose of good fortune when a puncture for Kristoffersson dropped the KMS ace out of the podium battle. Another late twist in the tale then saw Bakkerud succumb to suspension failure on the penultimate tour, elevating his SET Promotion rival to second, which would become first when Solberg was subsequently disqualified for non-compliant underbody protection on his Hyundai i20. 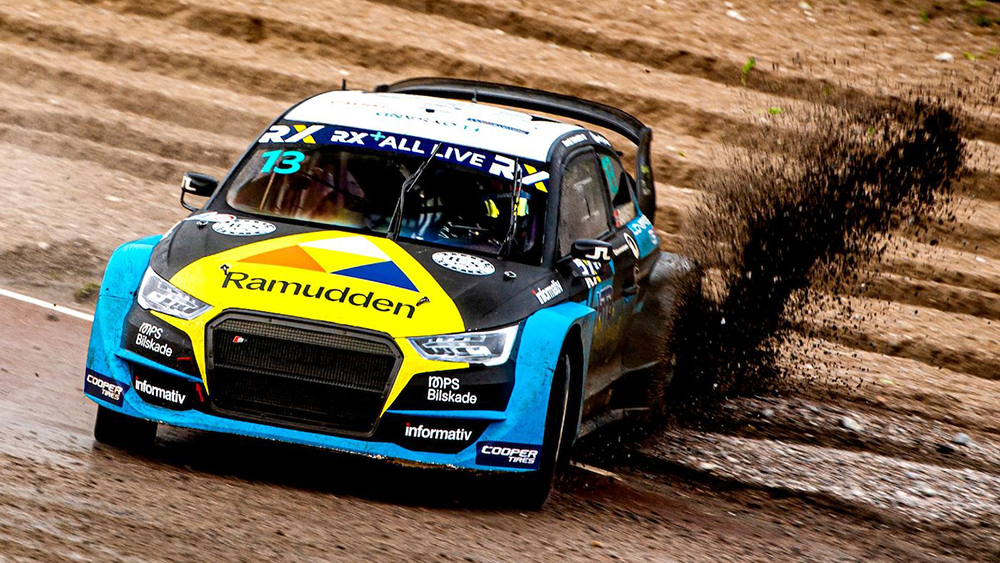 “Obviously you never want to win this way, and I feel very sorry for Oliver because he drove amazingly all weekend,” said Marklund. “I know the heartache he is feeling right now, since I lost what would have been my first World RX win in Norway in 2017 due to a technical infringement, but that’s the way it is and the result is obviously very positive for the championship for us.

“To be second overall on Saturday was already very good, but to then go fastest in heat three and move to the top of the leaderboard in such a strong field was fantastic – and it was brilliant to see so many fans back again.

“Here at Höljes, there’s always a lot of drama. I hoped I wouldn’t be struck by it, but in the semi-final, I picked up a puncture and had to really fight to hang on for the last two laps. In the final, I then completely overshot the jump on lap one and after that, the front end of my car didn’t really feel like it should. I couldn’t keep up with Oliver’s pace, but I got lucky with the other guys having issues and we ended up with the win. Hopefully we can now capitalise on this momentum over the rest of the year.”

Marklund’s second consecutive victory this season saw him stretch his margin at the top of the title table from four points to 18. Second place in the final went the way of Jean Baptiste ‘JB’ Dubourg, who truly took the fight to his Scandinavian adversaries and – like the winner – survived a late semi-final puncture. Despite his failure to finish, Bakkerud was classified third.

In Euro RX3, rising star Marius Solberg Hansen produced a sensational performance to defeat championship leader Kobe Pauwels for a hugely popular triumph in only his second outing in the series.

After pushing the Nyirád winner hard during the heats, Solberg Hansen – who last year was awarded the prestigious Petter Solberg Scholarship – dominated his progression race, withstood the threat of Damian Litwinowicz in the second semi-final and then led the all-important final from lights-to-flag.

auwels – who felt he was lacking pace on the opening day – came out fighting on Sunday and very nearly made it two victories from as many rounds this season, but the runner-up spoils nonetheless enabled him to pull further clear in the chase for the coveted crown. The Belgian’s closest challenger is now João Ribeiro – who reached the rostrum again in third – as Jan Černý found himself spat into the gravel and out of contention at the start of his semi-final.

Under the tutelage of last year’s champion Guillaume De Ridder, Belgian prodigy Viktor Vranckx made a winning start to his FIA RX2e Championship career at Höljes. The teenage hotshot – still only 16 – was the pace-setter all weekend, and held off home hero Nils Andersson in the final for a dazzling debut success in the all-electric single-spec series.

Isak Sjökvist made it two Swedes on the podium in third, while Patrick O’Donovan – the driver who looked most likely to challenge Vranckx for the top spot – saw his bid end at the semi-final stage when a miscommunication caused him to miss the joker lap, ruling him out of the final.