The eighth round of the Kroon-Oil Belgian Rally Championship, the East Belgian Rally held in the East Cantons, had a particularly exciting final. Two stages before the finish, the difference was barely 2″7 between the two leaders, Adrian Fernémont, two-time Belgian champion, and Stéphane Lefebvre, the Frenchman who has not yet been beaten on Belgian soil this year. 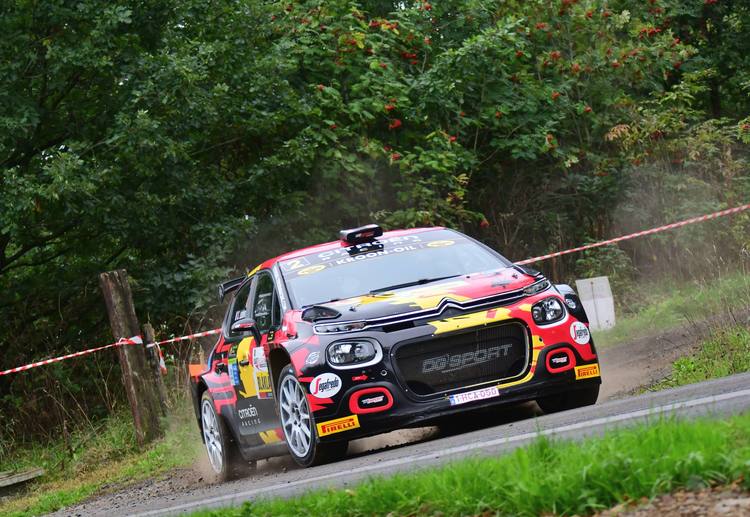 With an ultimate attack and a better tire choice, the Citroën driver from Béthune finally made the difference, mathematically securing the title (although he has yet to start in the Condroz or Spa to meet the conditions to become Belgian champion). “I really had to go for this win,” said an emotional Lefebvre at the finish in Sankt-Vith. “Due to the changeable weather, the tire choice was a gamble and this afternoon I was caught with a wrong tire choice. Two tests before the end Adrian still had a 2-7 lead. I took risks to win. My mom thought I should go for it. I gladly dedicate this victory to her. The course of this East Belgian Rally, where I started for the first time, is sublime, but it is especially pleasant when it is dry.”

Adrian Fernémont, after almost 5 months back at the start in the Belgian championship, stranded at 12″1. The disappointment was great “We came very close to the victory, but again Stéphane Lefebvre showed his international class on the Amel test, where he gave us almost 10″ because we had to note two rain tires after a puncture. I am proud that after months of absence we were immediately with him.”

“We almost have a subscription to the podium this year,” Gino said. “On the first loop I was close to Adrian, but in the afternoon, when we didn’t have the right tires in the rain, I made a few mistakes and we had to release the pressure.”

The battle for fourth was known for mistakes or mechanical issues.

Pieter-Jan Michiel Cracco, for example, gave up after the opening lap with electronic problems on his brand new Hyundai i20 N Rally2. Maxime Potty went on a test further, in Büllingen (KP 5), after which Jos Verstappen also went off the track with his Citroën C3. 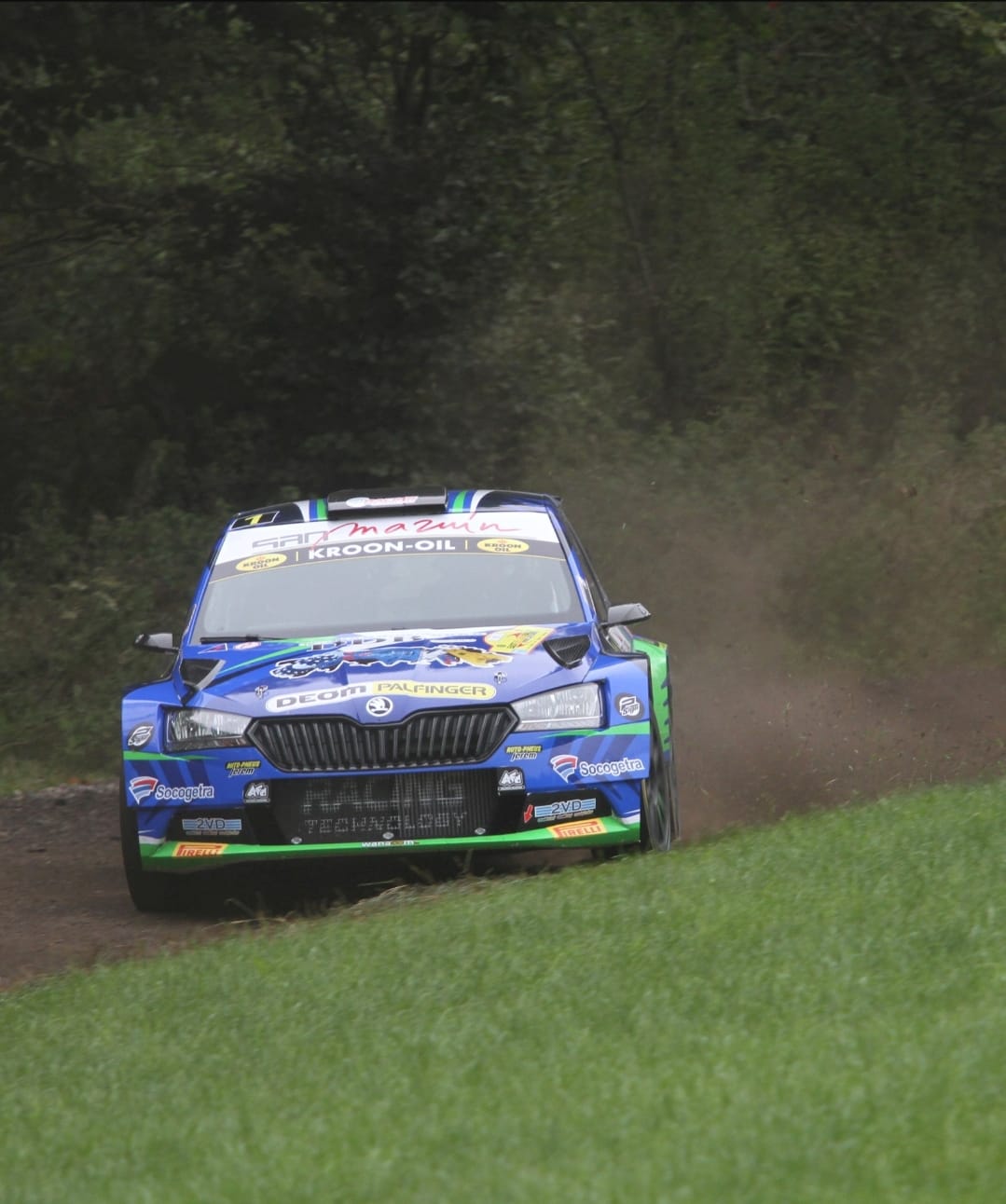 Tobias Brüls, in turn, broke a drive shaft. Whoever did not let himself be caught out and also set top times on the tables with his powerful Porsche 997 GT3, was the spectacle man Cédric Cherain, who had already been rid of his biggest competitor Romain Delhez (gearbox broken) early on.

Cherain made the most of the Porsche with a fourth place. Very handsome in these changeable weather conditions. Kevin and Marco Hommes achieved a dream result in their own region with a fifth place in their Skoda Fabia R5. Sixth place went to Mats Van den Brand, also convincing winner of the M Cup with his 430 hp BMW M3 E36.

In the Cup, the title went to Franky Boulat, for the fifth time in seven seasons, for Loïc Pirot. The seventh place and victory in the Junior BRC went to Tom Rensonnet. A boost after months of rehabilitation. Second Junior was Gilles Pyck, who remains the championship leader. In the Clio Trophy, Benoit Verlinde won with a minimal difference of 1″4 over Casper Nielsen. This means that Verlinde is immediately certain of the title, even before the final round in the Condroz. In Historic Sascha Oosterlinck took his first victory. In the 2WD Trophy was Jonathan Georges the winner, ahead of Bruno de Wilde.