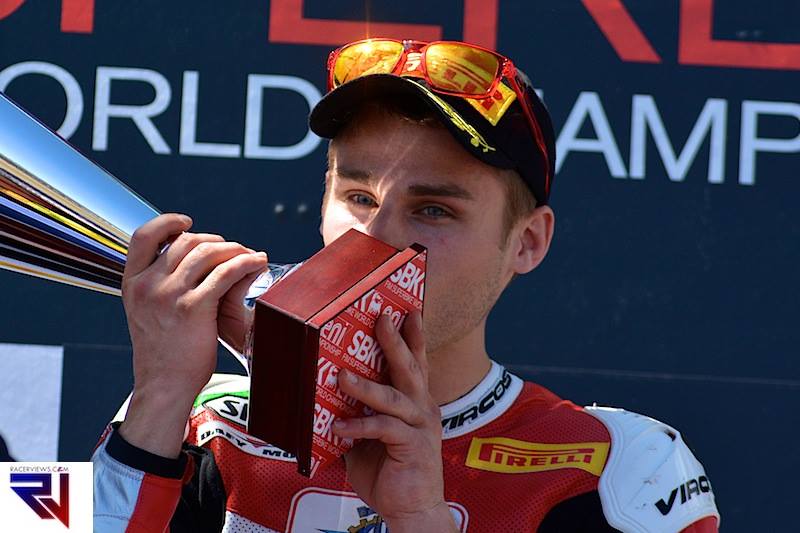 Jules Cluzel was the one who returned MV Agusta back to the top of an international motorcycling podium for the first time since Giacomo Agostini last won for the manufacturer in 1968. It was also a relief for Cluzel after a tough season with Suzuki in WSBK in 2013.  Cluzel had a tough opening to […] 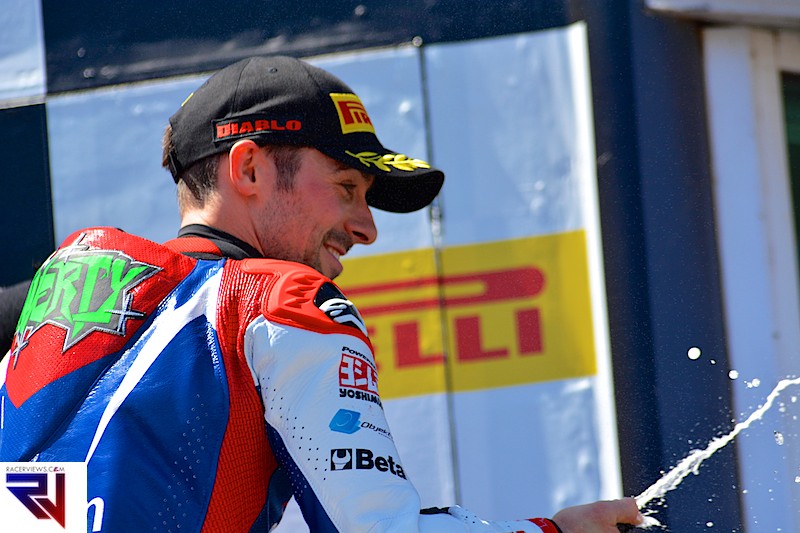 We were at Philip Island on the weekend for the World Superbike Championship and we caught up with race 1 winner, Eugene Laverty. Laverty, now with Suzuki raced a stunning WSBK race, overcoming the factory Ducati and Aprilia runners to end Suzuki’s winless streak that ran to 94 races. In the second race, he was […] 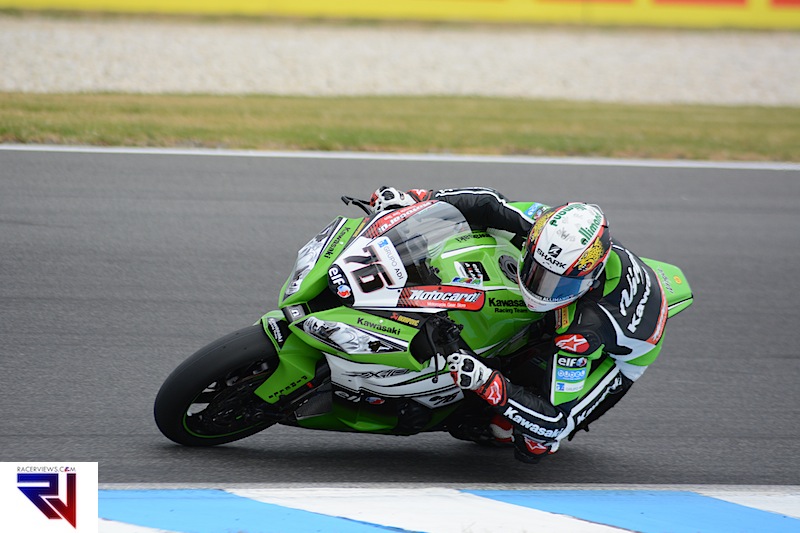 We were able to catch up with Kawasaki’s WSBK Loris Baz after qualifying for the opening World Superbike round at Phillip Island. Baz has had a difficult weekend with a couple of crashes and his qualifying was punctuated by a crash of his teammate, Tom Sykes. Despite this,  he was still able to set the […] 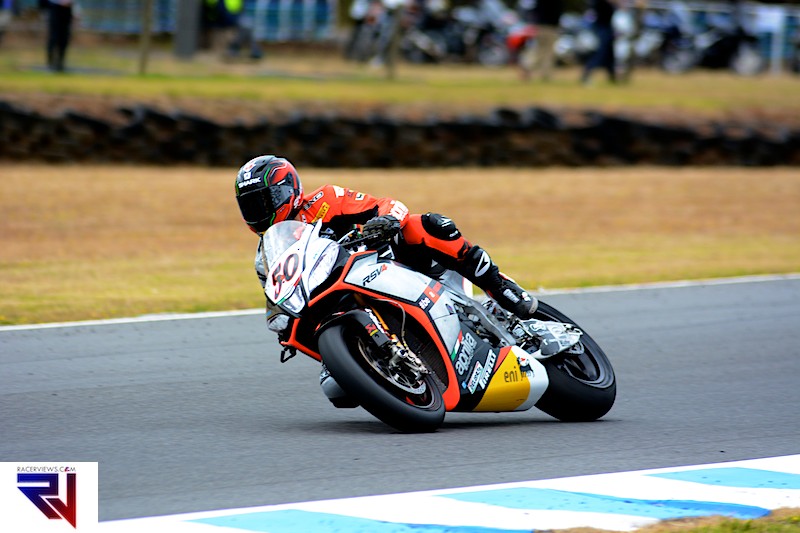 Sylvain Guintoli smashed the lap record in Superpole for the Eni World Superbike Championship (WSBK) at Phillip Island.  He qualified in a 1:30.0, some two tenths up on Ducatis’s Guiliano and teammate Marco Melandri. The session in brief: Frenchman Sylvain Guintoli has produced the best ever world superbike lap of the Phillip Island circuit in […] 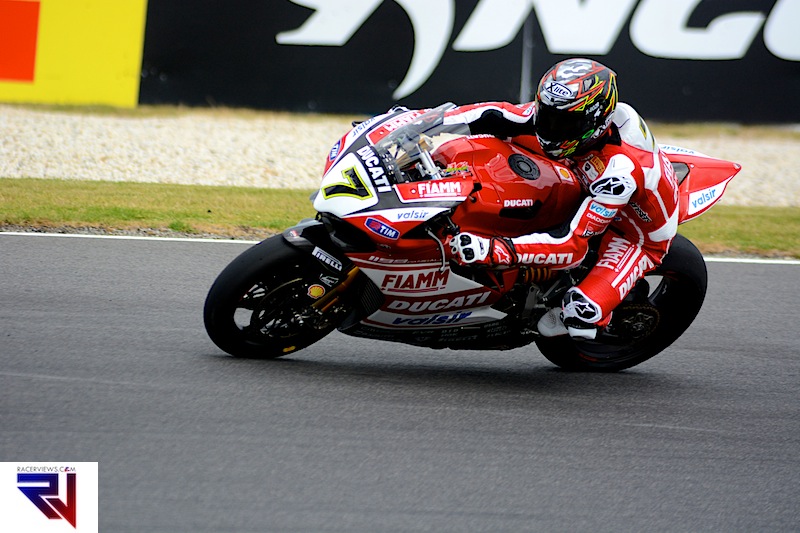 In this interview we catch up with Chaz Davies.  It wasn’t the start to the WSBK weekend that Davies would have been looking for, high siding at Lukey Heights.  He has, however found pace in the Ducati Panigale 1199 early on in the weekend, providing confidence that the Ducati squad will find their way back […]

[mudslide:picasa,0,racerviewsphotos,5849079297568833633,4,576,center] At the recent World Superbike Championship opening round, held at Phillip Island we were able to catch up with BMW’s Marco Melandri. Melandri took a well earnt third place in the second race, overcoming the super quick Aprillias. Last year, Melandri was strong but couldn’t overcome the strong Max Biaggi and surprising Tom Sykes […]

[mudslide:picasa,0,racerviewsphotos,5847902227171301665,23,576,center] We were able to catch up with France’s Sylvain Guintoli after his ultra successful start to the 2013 Eni World SBK Championship at Phillip Island. Guintoli, who joined the factory Aprillia squad in 2013 missed the front row in qualifying but put on a master class in tyre management in race 1 to overhaul his […]

[mudslide:picasa,0,racerviewsphotos,5847609256847484209,2,576,center] We are at Phillip Island for the opening round of the Eni World Superbike Championship and we caught up with Loris Baz, rider with the factory Kawasaki squad in the Eni World SBK Championship. The French rider was called into the squad after the unfortunate incident that ended the career of Joan Lascorz.  He […]

[mudslide:picasa,0,racerviewsphotos,5848266199063150353,26,576,center] This weekend, RacerViews is at Phillip Island for the World SBK Championship opening round. We caught up with Carlos Checa after qualifying to discuss his pole position and his season’s chances. Checa has been in the WSBK paddock for a few years now, with his crowning achievement being his Championship win in 2011.  This year, Checa […]

[mudslide:picasa,0,racerviewsphotos,5847956165920510817,13,576,center] We are at Phillip Island for the opening round of the Eni World Superbike Championship and we caught up with Roby Rolfo, rider with the Parkin GO MV Augusta team in the World Supersport Championships. Rolfo is no stranger to a motorbike paddock having raced in the WSBK in the past along with MotoGP, […]