Photos by Sam Tickell, audio and words by PR

Sebastien Ogier proved himself to be a great becoming the 4th driver to take a 3rd WRC crown. Here we take a look back at what was a great Rally Australia 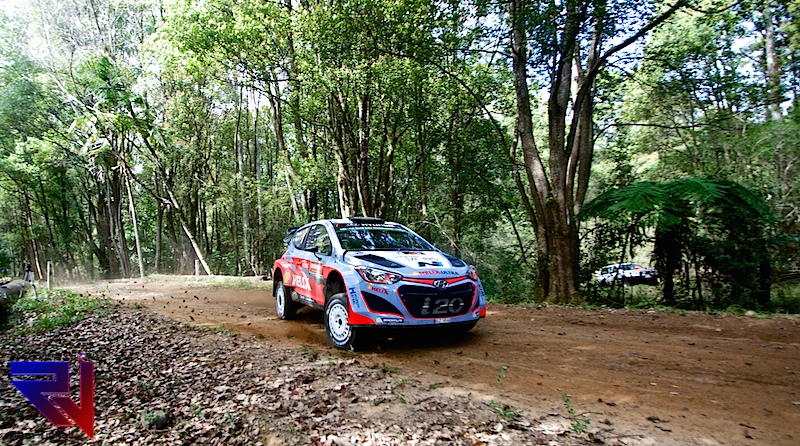 His seventh win of the season enabled the Frenchman to enter an exclusive club of multiple title winners. He joins Sébastien Loeb (nine), Juha Kankkunen and Tommi Mäkinen (four each) as the only drivers with more than two titles to their name.

“It’s an amazing season, the best I’ve ever done. No mistakes, so many great performances and this one is once again a very high one. It’s the most difficult rally to open the road and still we managed to win. It’s the perfect way to get my third title,” he said.

Ogier had the worst conditions of the frontrunners for the opening two days, sweeping gravel from the roads to leave a cleaner and faster line for those behind. But he snatched the lead from Meeke in Saturday’s night stage and was unmatched through Sunday’s five tests.

Volkswagen’s 1-2 secured a third manufacturers’ crown for the German squad, but there was a late scare for Latvala as he finished the penultimate stage with an alternator warning light flashing in the cockpit. He fitted a new belt to clinch the runners-up spot.

Meeke admitted he had no answer to the pace of the Polo Rs on Sunday. Having started just three-tenths of a second behind Ogier courtesy of better road conditions in the opening two legs, he quickly fell back and looked set to concede third to Andreas Mikkelsen.

However, Mikkelsen checked in to Sunday’s mid-leg service late and a 10sec penalty gave Meeke the breathing space he needed in Citroën’s DS 3. He eventually finished 5.9sec ahead of the Norwegian to end a depressing sequence of results.

New Zealand’s Hayden Paddon finished fifth in a Hyundai i20 to the delight of his army of fans who journeyed across the Tasman Sea to cheer him on. He was 16.5sec behind Mikkelsen after briefly flirting with the lead battle on Saturday morning.

Ott Tänak was sixth, despite a noisy transmission in his Ford Fiesta RS, heading Hyundai duo Thierry Neuville and Dani Sordo in seventh and eighth. Sordo led for the first three stages on Friday before brake problems delayed the Spaniard.

Elfyn Evans struggled for confidence throughout and ended a disappointing weekend in ninth in his Fiesta RS, with WRC 2 winner Nasser Al-Attiyah 10th.

The championship returns to asphalt for round 11 next month. The Tour de Corse Rallye de France is based in Corte on 1 – 4 October.