Words and audio by PR

Nasser Al-Attiyah stakes his claim to the WRC2 title at Rally Australia in a what was a great fight with Yurii Protasov, though home-boy Pedder struggled 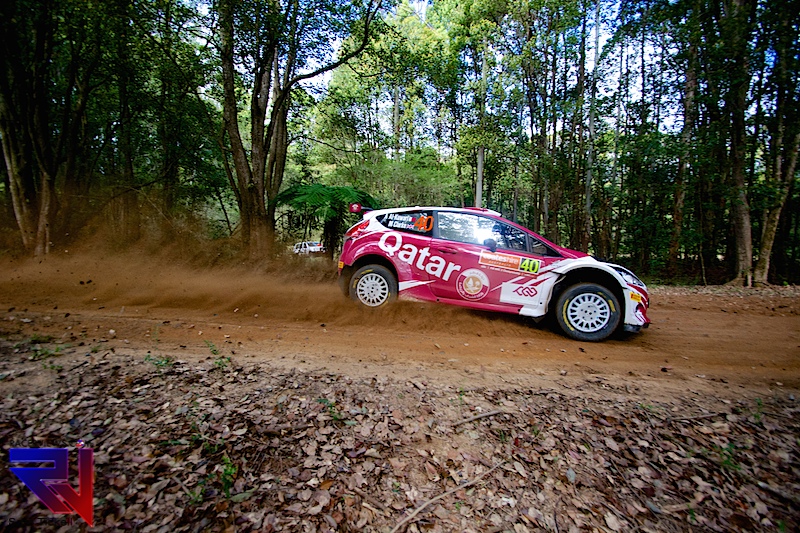 Nasser Al-Attiyah won WRC 2 at Coates Hire Rally Australia on Sunday to extend his championship lead after a dramatic finale to this 10th round of the season.

Al-Attiyah led from start to finish in his Ford Fiesta RRC but came under attack from Yurii Protasov in the final leg, only for a jump start penalty to deny the Ukrainian and deal a blow to his title challenge.

Al-Attiyah’s 50.3sec opening day lead was slashed to 14.3sec by Protasov last night after transmission problems and a misfire slowed the Qatari.

Protasov won Sunday’s opening three tests in his Fiesta RRC to reduce the gap to 6.9sec with two stages remaining before a 10sec penalty put victory out of reach. Although he also won the final two stages, Al-Attiyah held on to win by 13.5sec.

“It wasn’t an easy weekend, but this is a big result in the defence of our title. It’s an important 25 points for us,” said Al-Attiyah, who was lucky not to hit a tree after stalling his engine in Sunday’s opening stage.

Victory put Al-Attiyah 17 points clear of Protasov, who moved second in the standings. Abdulaziz Al-Kuwari, who finished more than two minutes behind in third, moved to third in the championship, eight points behind Protasov and two ahead of the absent Esapekka Lappi.

Words and audio by PR