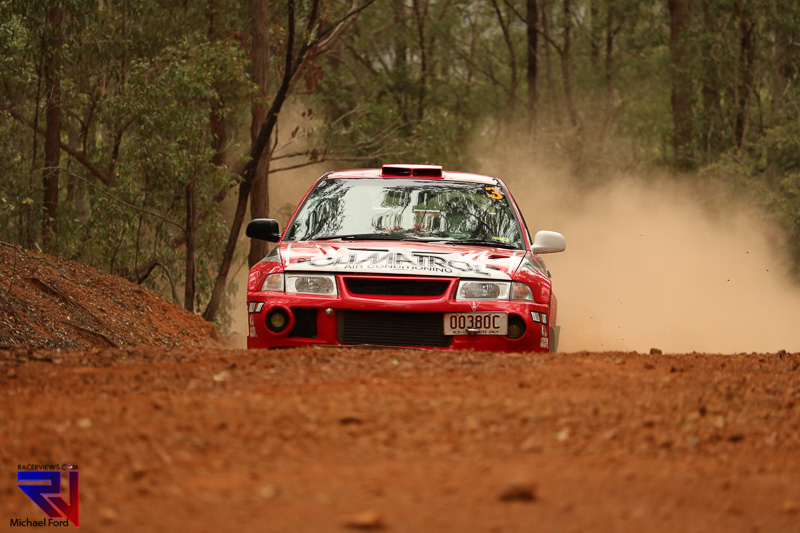 We were at the final of the Queensland Rally Championship – the P3 Solutions Benarkin Rally.  The rally was held in the forests around 90km north west of Brisbane and the event started out as an 11 stage rally run over one day.

The weather was fantastic as stage one got underway but it soon turned. Very heavy rain and lightening ended the rally after three stages.  While the rain was short lived, its intense nature meant that many roads became unpassable and many officials were even cut off for a short time.

So as such, the rest of the stages were cancelled but the organisers did manage to hold a 5km stage at night to make it worth the effort.  As only about 30km of competitive stages were run, half points were awarded.