Australian Rider Jason Doyle, after only 3 rides in his home GP, sealed the 2017 World Speedway Championship to the roars of the 25,700 spectators under the roof at Etihad stadium. When he took the Checkered Flag in front of Polish rider Piotr Pawlicki and Tai Woffinden (England) managing 1 point. 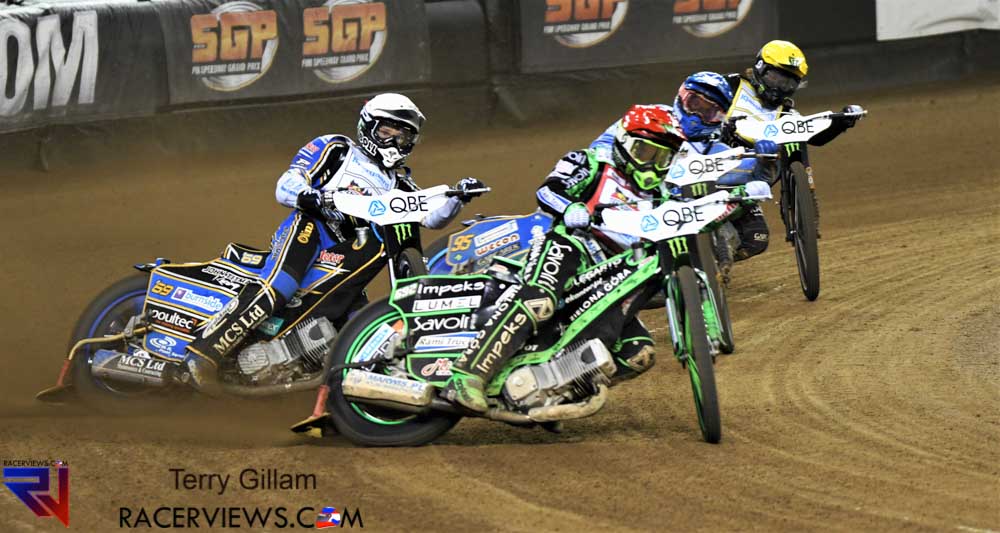 As is the tradition, the world champion is thrown into the air by his fellow riders upon victory, they came out on the track in front of the pits after heat 10 and sent him into the heavens 3 times with as many mighty cheers.

The 32-year-old from Newcastle could not be beaten, he had done it, and the relief on his face was something everyone at the venue shared with him. Coming into the event he could only be beaten by one man.

One young man, Patryk Dudek the 17-year-old Polish rider who is the youngest rider in history to podium in his maiden Speedway GP season.

Jason Doyle rode like a man that owed the riders behind him money. He was tigerish in the way he gated and bustled for the lead in his first 3 races, no one was going to deny him the title, not in Australia.

The remainder of the meeting was competitive with Tai Woffinden and Bartosz Zmarzlik filling the final round podium while the title holder Doyle winning the GP on 19 points for 7 rides.

His points hall evidence of how dominant he was on the night. Each rider races in 7 heats and a perfect meeting will net 21 points. Not bad for the man under the most pressure!

Jason Doyle lives in the UK with his wife and will be heading back to Norwich to undergo surgery on his foot to re-set some broken bones that he has ridden with triumphantly this year.