The 60th edition of the ConXioN Omloop van Vlaanderen, the oldest competition of the Jobfixers Belgian Rally Championship, was won by the 23-year-old Sébastien Bedoret, taking his first national victory. The young talent from Donstiennes kept a cool head in an exciting final phase to keep Kevin Demaerschalk behind him. Vincent Verschueren completed the podium.

Nobody expected the final phase to be so exciting. On Friday evening Adrian Fernémont took the rally lead and the Skoda driver dominated, controlling the event in Roeselare. Despite the changeable conditions, he entered the final round with a 22 second lead, but suddenly the transmission of the Skoda failed on a liaison section. The moral winner fell out and Sébastien Bedoret suddenly took the lead. The Skoda youngster had a 14.8 second lead on his closest pursuer Kevin Demaerschalk, who of course stepped up to take his chance. The Ford  driver got to within 4.6 seconds with two special stages to go, but then he made a mistake and decided not to take any nonsensical risks. Sébastien Bedoret and his navigator Thomas Walbrecq thus took their very first victory in the Belgian Rally Championship. An award for the Skoda Belgium and Freddy Loix’s project to train a young driver.

“Mission completed, because we came to Roeselare to win,” laughed Sébastien Bedoret. “But, I don’t feel like the winner, because Adrian Fernémont was simply the strongest this weekend. To his credit, second place was the highest result we could obtain, because I made a mistake in the dark yesterday. We missed our landmark in the dark and therefore were much too late in the brakes. It cost us a at least 15 seconds. After that spin, I no longer thought of victory. And yet it still worked! This rally just brings me luck. Last year I ran my first fastest time here and now I’m taking the victory!” 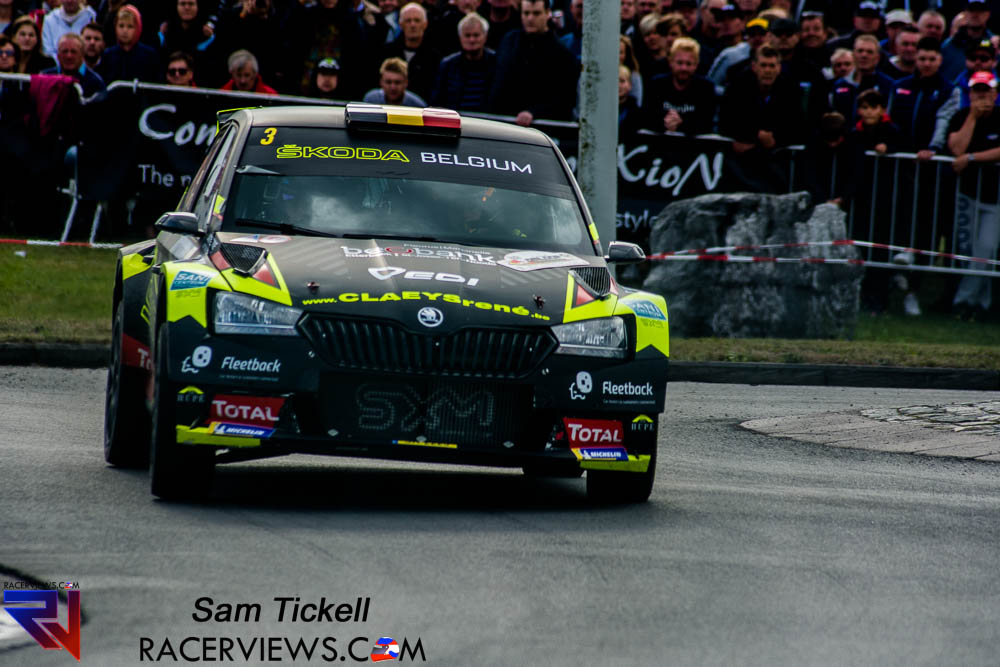 Kevin Demaerschalk came close to victory, but he had to be satisfied with a very good second place in his debut with the Ford Fiesta R5 MkII. “We certainly would have signed up for this beforehand, because with the Citroën we have never came so close. The Ford turned out to be really good in the rain and in difficult circumstances, but on dry land we lacked some punch and precision. I still tried, but after a spin half in a ditch, I did not take any more risks.”

Vincent Verschueren advanced to third place in an exciting final loop, although his tire strategy was wrong. “We started Friday on hard compound, type “21” tyres. After that we used rain tyres and two sets of soft slicks. Our soft slicks were finished. In the final stage I hardly had any grip, certainly not in the rain. And Friday night it also didn’t start well when I stalled the engine at the start of the first test.”

On the very last test, Verschueren jumped over Pieter-Jan Michiel Cracco, who saw a great race crowned with his first scratch at the BRC: “It’s crazy what we have achieved today,” laughed Cracco Jr., the fastest home rider from Roeselare. “That first stage win is a milestone. And our times were always very close to the other top drivers. It is clear that we have taken a big step in the right direction. The secret? I am driving in many other rallies. I am very happy with this.” 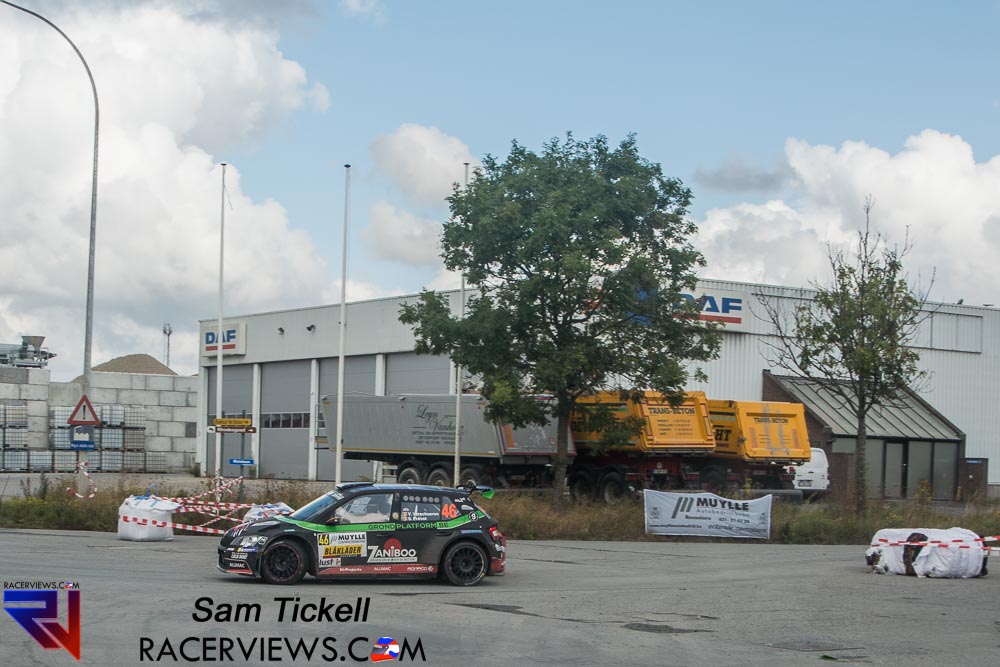 And where was Kris Princen, the defending champion and leader in the championship? The Limburger had a very unfortunate weekend. The Volkswagen Polo GTI R5 behaviour was very fickle. “When it was slippery or raining, I found no grip and the car broke out very abruptly. In the braking zones the wheels locked, which was bad for confidence. I just couldn’t attack …” A few tests before the finish, he had to pull the VW to one side after a fire under the hood, caused by a crack in the exhaust.

Ghislain de Mevius, looked good on Friday evening and sat in third but from there he fell back to fifth place on Saturday. The Skoda driver from Namur opened strongly, but he lost the feeling and fell back. Pieter Tsjoen almost made it difficult for him, but in the final test the 8-time winner had to settle for sixth place ahead of a very satisfied Niels Reynvoet, who was able to top off an exemplary rally in front of his supporters with a honourable finish. Eighth place went to Bob de Jong, who won the Dutch rally title after the retirement (driveshaft) from his title competitor, Kevin van Deijne. 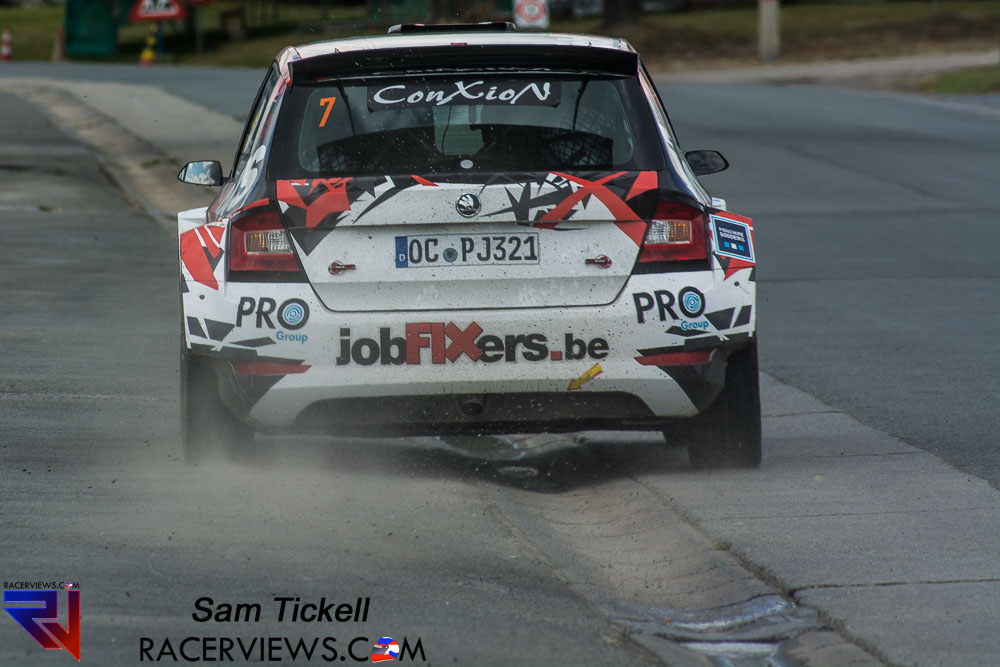 The fastest Porsche driver was Romain Delhez, after Andy Lefevere’s issue at the Zilverberg and a spin from Jochen Claerhout on Friday night. In Historic, Bjorn Syx was the strongest, despite strong pressure from Paul Lietaer. In the M-Cup the win went to Gunther Monnens, Gilles Pyck dominated the battle in the Junior BRC and in the RACB Rally Criterium Jelle Segers was the best, while Johnny Louies won the title after taking second place. 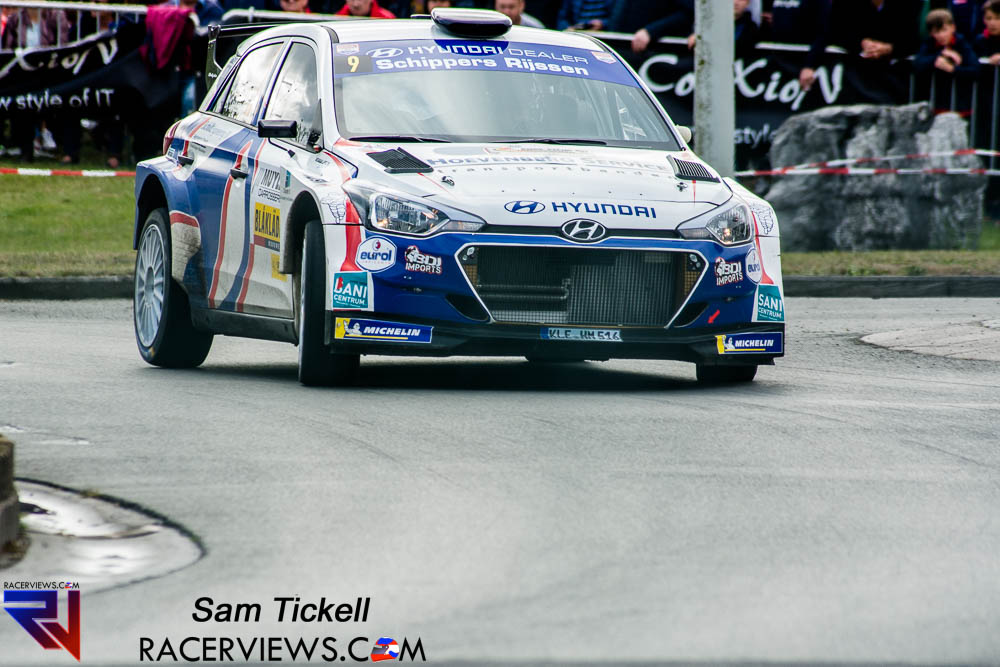