Sweden’s Mattias Ekstrom secured his second win of the 2020 season at the Neste World RX of Riga-Latvia, round six of the FIA World Rallycross Championship presented by Monster Energy (20 September).

Together with the 12th victory of his career, achieved by leading all 12 laps of the semi-final and final on Sunday afternoon at the Bikerneiki Sport Complex, Ekstrom took a maximum points haul in Riga to close the gap to World RX Drivers’ Championship leader Johan Kristoffersson, from Sweden. 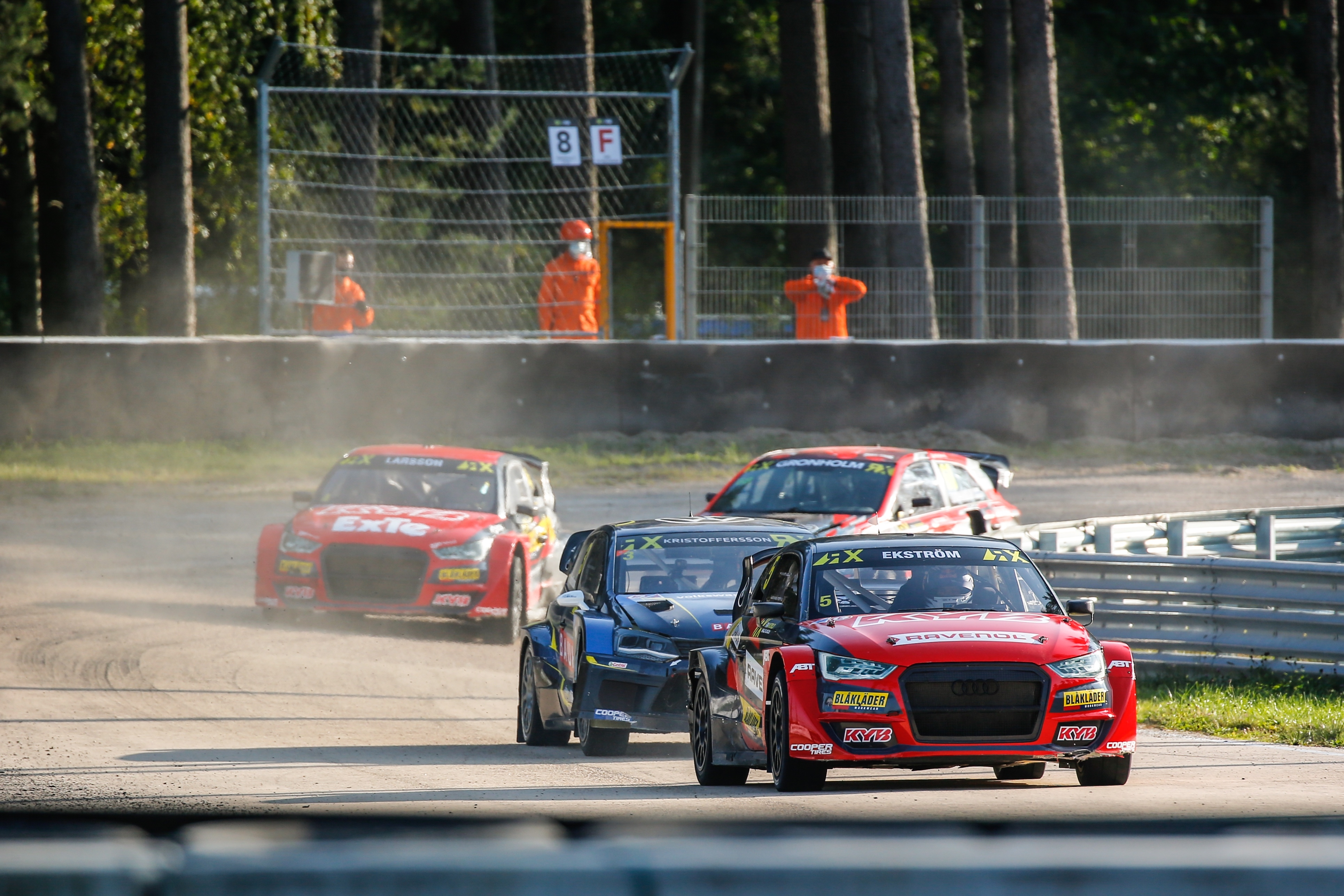 The KYB Team JC team made setup changes overnight to the Audi S1 Supercars of Ekstrom and Swedish team mate Robin Larsson and Ekstrom controlled the sixth round of the season in qualifying, the semi-finals and the final.

For the first time in 2020 Kristoffersson didn’t win a qualifying a session. The only time Ekstrom was headed throughout the day was by team mate Larsson in Q3. Like Ekstrom and Larsson, the Kristoffersson Motorsport team worked hard on the tyre strategy to have the best Cooper Tires available for the semi-finals and final, and the Drivers’ Championship leader finished second in the final. Larsson was third, his first podium of the season, to help KYB Team JC extend its lead in the World RX Teams’ Championship standings.

“I can’t say enough about our starts [today] because that was a key to the success. Robin finished second in the semi-final which was very good and important points for the team and then the final battle with Johan, such a close race from the start into the first corner and all the laps he was on my bumper, but I did no mistakes and in the end finished in front. It felt amazing and probably one of the best victories. The win in Holjes was really nice, but somehow at Holjes it felt like everyone was saying the final was great, but this time the whole day was great. I would rate this one higher,” said winner Ekstrom.

Kristoffersson was pleased with his points score from round six. “The fight was all the way to the end, but really the biggest chance for victory today was in Q1. When I didn’t manage to take the start there, in Q2 I didn’t manage to beat Mattias again and then I knew he already had a good tyre strategy then for Q3. I was on the back foot from there on. We were very aggressive on the tyres in the semi-final so I had four new tyres for the final the same as Mattias, but I was on the outside for turn one and thereafter I just had to follow him, saving as much tyres as I could for five laps before the joker, but there was a little too much argy-bargy with Gronholm at the joker merge and during the lap, so I couldn’t really challenge Mattias at the last corner. But, it’s still very good points,” said Kristoffersson.

Larsson was delighted to turn fast pace into a podium finish. “I was really disappointed with a tiny mistake I made in Q2 and we had to fight back in Q3. I knew that we couldn’t fight for the win when we used the new tyres in Q3, because you need the new tyres so much here for the final. I’m more relieved than happy, especially for me at this track. I’ve never been fast here, I’ve struggled a lot. We’ve been in the mix, Johan has been a tiny bit better than us overall. I’m really happy for the double podium for the team,” said Larsson. 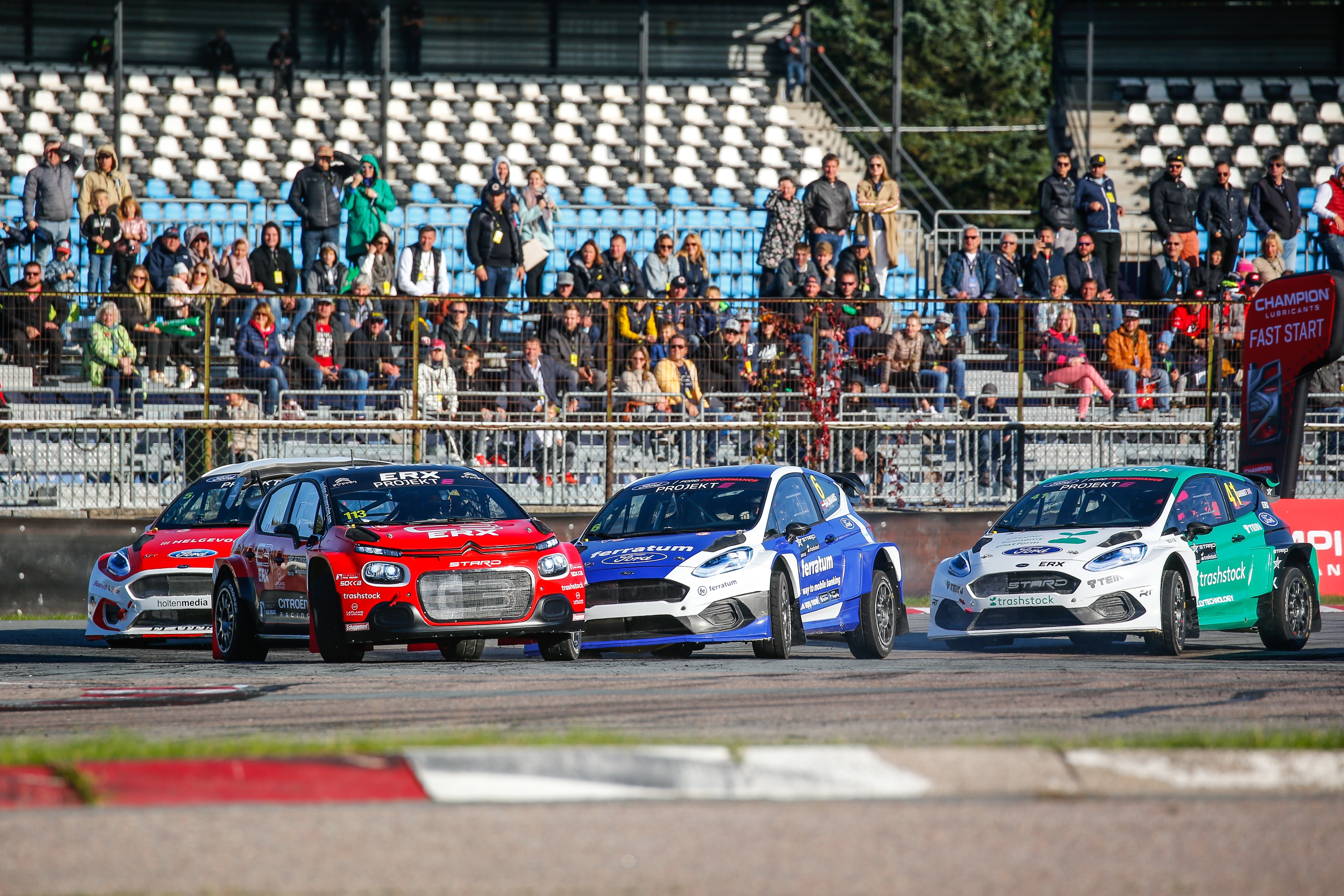 Paul Bellamy, Senior Vice President of Motorsports Events at IMG, concluded: “Congratulations to Mattias, Robin and the whole KYB Team JC team for a brilliant performance today, and the win and double podium. Also to Johan for finishing second. We had another brilliant day of action for those watching around the world and the fans at the venue today. It’s been an intense first month of World RX 2020 with six rounds, and now everyone has a few weeks off ahead of our next double header at Catalunya-Barcelona in October.”