It is the fourth round of the European Rally Championship this weekend with Rally Hungary. Team MRF Tyres’ driver, Emil Lindholm has completed the pre-event test and sat down to discuss the upcoming event. 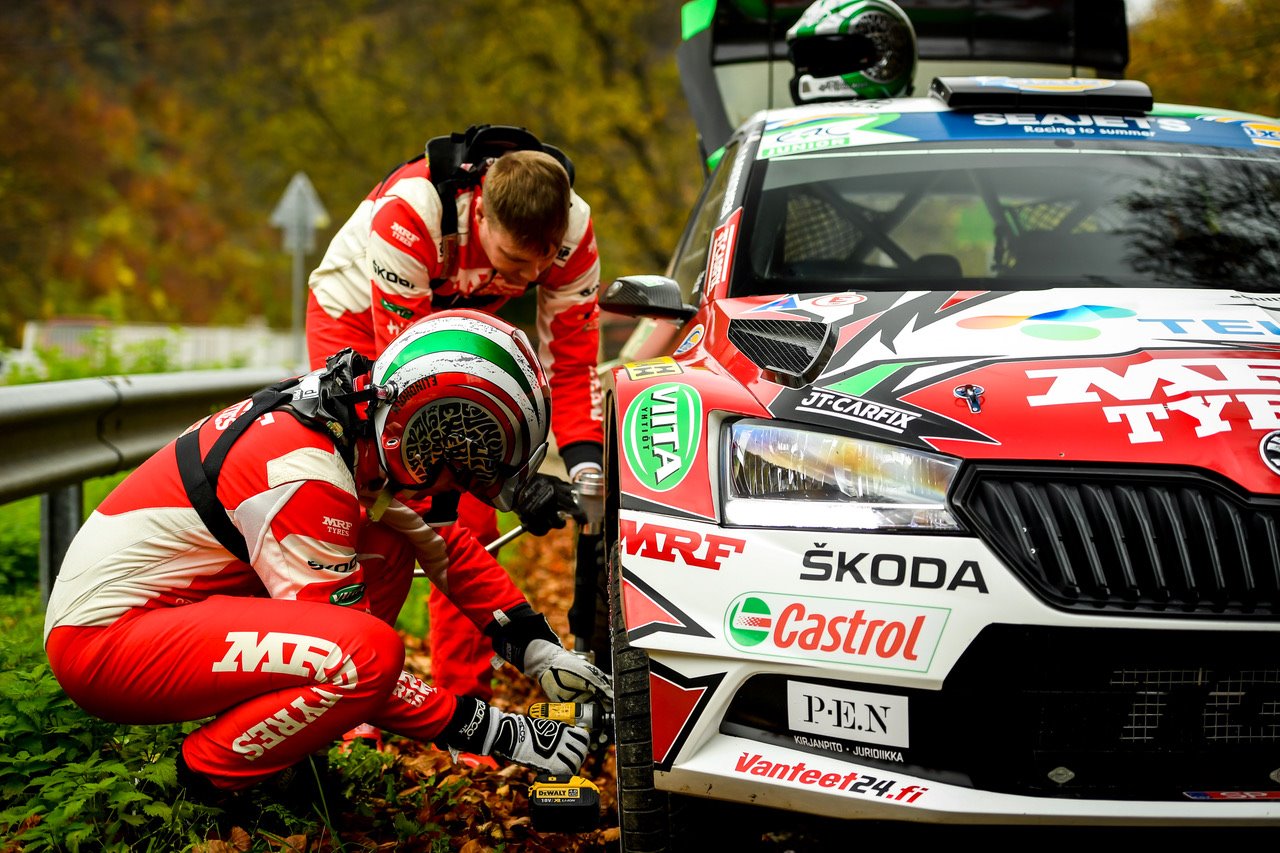 Team MRF Tyres: Hi Emil we are here at the pre-event test for Rally Hungary. Can you tell us about the test day?

Emil Lindholm: It’s going quite okay. The road today was very slippery, very muddy. It’s did not really dry up, even though there’s not been any rain here for few days. But the feeling is good. I think we managed to do make good steps again with the MRF Tyres. The car is more refined so I’m feeling good.

Team MRF Tyres: It rained a lot here last year and now with a wet road to test – do you expect this will be indicative of what you’ll see on the stage?

Emil Lindholm: It shouldn’t rain, according to the forecast! But you never know. I mean, as we’ve seen today, even though there is no rain, but it might still be wet. It’ll definitely be dirty. There’ll be a lot of mud on the road. So even even though it’s not raining, we might be on the wet tyres, just to gain some grip on the slippery parts. But as you think referred to it will be tricky.

Team MRF Tyres: The first stages of the rally are long. How will you manage the tyres over the loop?

Emil Lindholm: That’ll be interesting to see. I don’t think the tyre wear in itself will be an issue, because of the low grip levels. I think that will give the tyre some more life. Most of the rally is done on Saturday so you have to get a good start to be in the running and Sunday then is pretty short. So that is it – not really too much to it.

Team MRF Tyres: This rally is fast and sees a lot of short corners. How does that interest you?

Emil Lindholm: It’s much faster than Fafe or Rome, for instance. I think it’s smooth. The profile of the roads is supposed to be faster than what we’ve had previously this year. It is bumpier and the corners are mostly short, so it’s not as twisty. I think this is better for us. This is better for the pace note system I’m using. For instance, in Rome, I’d say Saturday was a bit similar. So I think this should suit us pretty well.

Team MRF Tyres: The push for development and data for the next generation of MRF Tyres is still important?

Emil Lindholm: Yeah, at the end of the day, we’re here to try different tyres to see where we are. It’s pretty impressive looking at the time from Fafe. The pace was really good. But, of course, we’re here to see what we’ve been able to improve upon and where we can improve in the future.