A strong start saw the young American lead from the newly crowned 2022 Asian Le Mans Series LMP2 Champions #4 Nielsen Racing Oreca 07 Gibson of Rodrigo Sales, Matt Bell and Ben Hanley. Despite a pit stop penalty for re-joining dangerously, the latter was able to unlap themselves with Bell behind the wheel after the second Full Course Yellow of the race. Pierson’s teammate Paul di Resta led into the second half of the race before the 16-year-old jumped back in for the final hour to take the chequered flag from the #4 Nielsen. 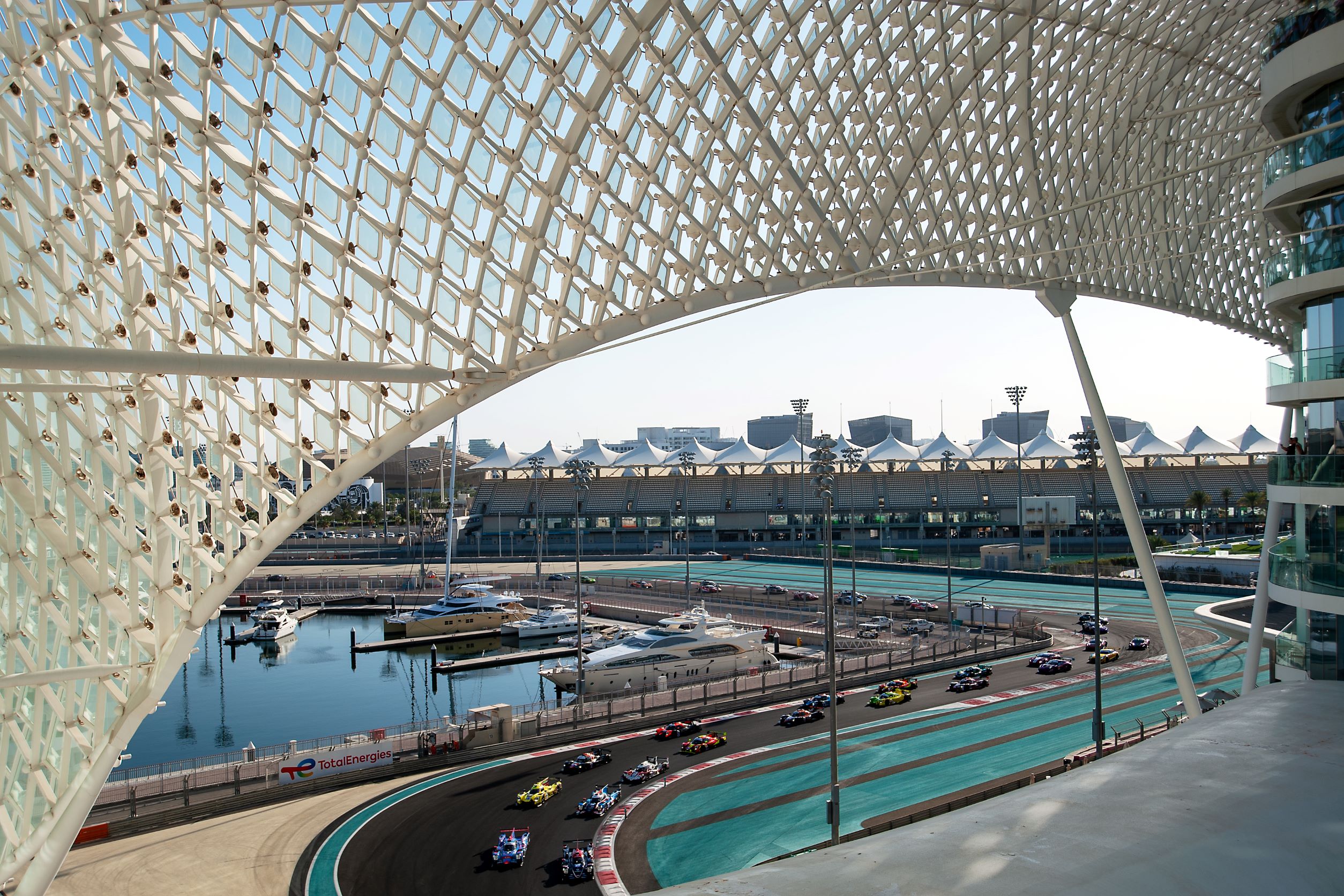 An action-packed race for LMP2 Am saw pole sitters #39 Graff Racing lead ahead of the #29 High Class racing entry, before the latter had to pit early for a puncture. A battle for position between the two saw the Denmark outfit have contact with the #2 DKR Engineering entry and end their chance of a race win.ARC Bratislava had a strong race with Miro Konopka and John Corbett behind the wheel of the #44 ARC Bratislava Ligier JS P217 Gibson, but late contact with the #17 AF Corse Ferrari by their team mate Neale Muston, and a subsequent drive through for causing the incident saw the team finish second in class, ahead of #49 High Class Racing Oreca 07 Gibson of Dennis Andersen, Anders Fjordbach and Kevin Weeda.

In LMP3 the story of the race was the comeback of the #26 G-Drive Racing Ligier JS P320 Nissan of Fabrice Rossello, Xavier Lloveras and Vyaceslav Gutak. After a fire caused extensive damage to the the car in Race 3, the team worked all night to get the car back on track. The story only got better for the team with the trio bringing the car home in first place in the class.  CD Sport rounded out the podium positions in class with the #27 CD Sport Ligier JS P320 Nissan Christophe Cresp, Antoine Doquin and Steven Palette finished second ahead of Michael Jensen, Nick Adcock, and Edouard Cauhaupe in the #3 CD Sport entry.

Yesterday’s race winners, #2 DKR Engineering had a race to forget.  Before the end of the first hour the Duqueine M30 D08 Nissan was smoking from possible damage, which caused a Full Course Yellow.  Near the halfway mark, another spin and subsequent contact with #49 High Class Racing caused another FCY and ended the race for the Luxembourg team. Bad luck also hit the 2019/2020 LMP3 Champions, the #8 Nielsen Racing of Tony Wells and Colin Noble, who finished in the garage after damage caused over heating issues.

A one – two for the 2021 GT Champions Herberth Motorsport saw the #91 Porsche 911 GT3 R of Alfred Renauer, Robert Renauer and Ralf Bohn take victory ahead of Antares Au, Yifei YE and Klaus Bachler in the #33 Porsche despite a 10s-time penalty for a pit stop infringement for the latter. Garage 59 rounded out the podium positions in class with the #88 McLaren 720S GT3 of Alexander West, Frank Bird and Marvin Kirchofer in third.

The day wasn’t as smooth for much of the class. #96 Attempto Racing received a drive through for track limits, along wit

h #12 Dinamic Motorsport, #95 TF Sport and #59 Garage 59, while the #6 Haupt Racing Tean was given stop and go for dangerous release. The #77 D’Station Racing Aston Martin Vantage AMG stopped on the main straight after a loss of drive and caused a FCY. It was a hard day for the #17 AF Corse Ferrari who received a drive through for track limits, before being hit by the #44 ARC Bratislava entry, which caused the Ferrari 488 GT3 to hit the barrier and stop at T3 to bring out a Safety Car. The last penalty was for #42 Optimum Motorsport who received a drive through for pit exit under red light.

GT Am winner #57 Kessel Racing Ferrari 488 GT3 had a spin early on, to recover and win the class for Roman Ziemian, Francesco Zollo and Axcil Jefferies. The #20 SPS Automotive Performance Mercedes AMG GT3 had a drive through penalty for overtaking #69 Oman Racing Aston Martin Vantage AMR GT3 before race start but recovered for Valentin Pierburg, Ian Loggie and Mikael Grenier to finish second ahead of the #99 Herberth Motorsport Porsche 911 GT3 of Jurgen Haring, Tim Mller and Marco Seefried who rounded out the podium positions.

Both the #35 Walkenhorst Motorsport and #66 YC Panda entries received a 3min51s stop and hold penalty for pass around violations.