The first loop of stages for the 2022 Kroon Oil Belgian Rally Championship have been completed at the Rally van Haspengouw. 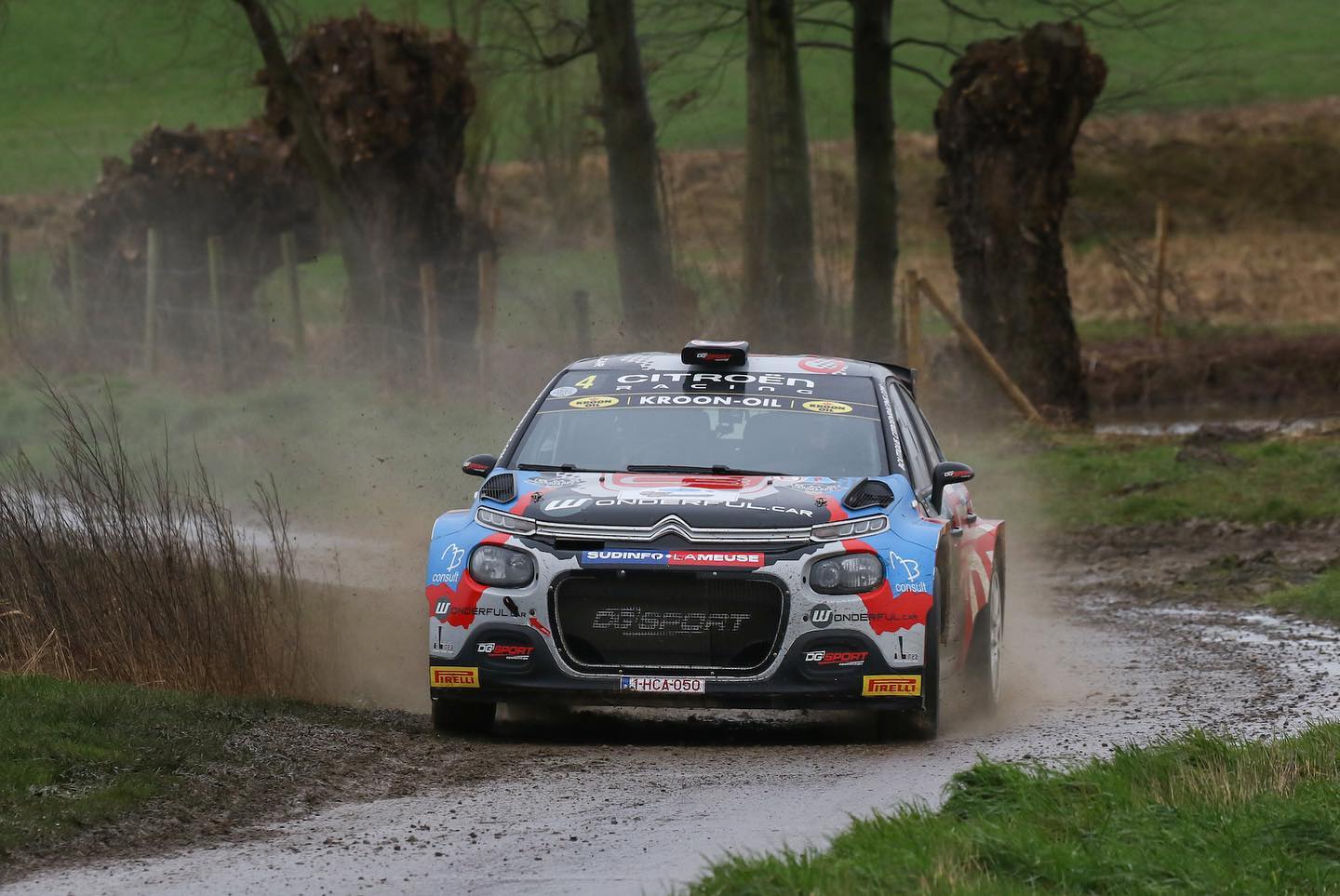 After weeks of rain, sun has greeted the field and immediately it was former WRC ace Stephané Lefebvre in his Citroën who set the pace. The Frenchman took three stage wins from the first four stages to show his strength and why he is the championship favourite in this year BRC battle.

Xavier Bouche in his Skoda was the only one to break the Lefebvre dominance taking the stage win on SS2. However, he would run into problems on SS4 and would not make the end of the stage.

In second therefore is Gino Bux who has stepped up to the Rally2 machinery for his first rally and showed why he is being supported by Skoda Benelux. He didn’t have a completely untroubled run, after having a stone in his wheel which provided a massive imbalance. He still sits in second and is ahead of the winner from last time we were in Haspengouw, Ghislain de Mevius.

Perhaps the biggest surprise is that former F1 podium winner and father of the current F1 champion is so rapid. Jos Verstappen, in his first BRC rally sits in fourth and showed why he made it all the way to F1.

Defending BRC Champion, Adrian Fernémont had a troubled morning, with a few errors costing him time. He sits in sixth behind William Wagner in his Volkswagen.

In other news, Patrick Snijers retired before the rally even began with a technical problem in his BMW.