Harry Bates and John McCarthy have won the Netier National Capital Rally after a dramatic day in Canberra.
Claiming his fifth win at his home event, the Toyota Gazoo Racing Australia star ended up winning two of the day’s six stages, and claiming the victory by almost one and half minutes. 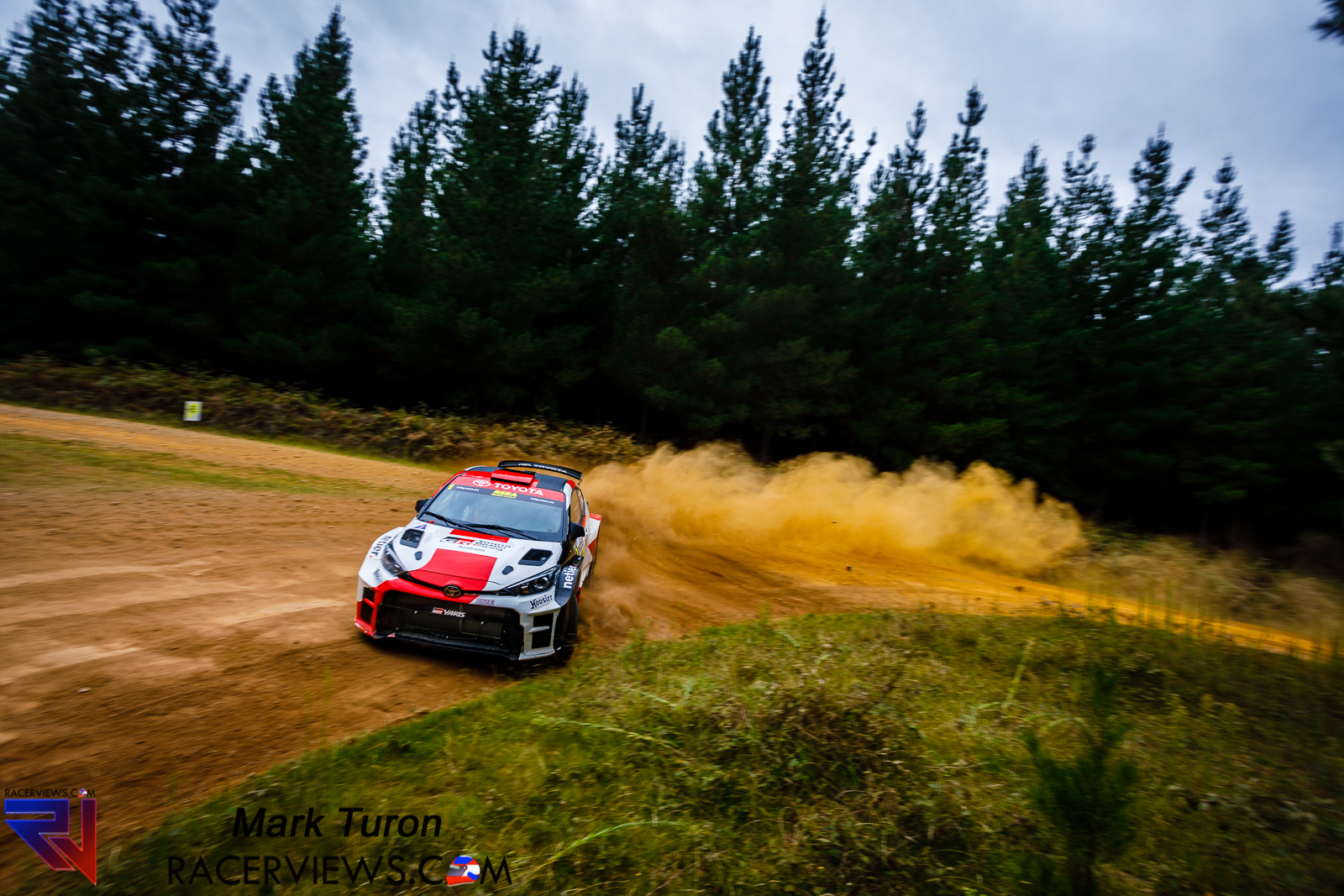 “It was a very tough weekend, which is typical of the Netier Capital Rally,” Bates said after his win.

“Yesterday was difficult but the conditions on the Kowen Forest side of Canberra today were good.

“It was a really enjoyable win and I am very happy to get the win again, I love this rally – it’s even more special when family friends and here to celebrate with us.

“I am very excited to get out to WA. As much as I love Canberra, it’s also exciting to get to an away rally. When we go to Perth. It’s a rally I love. The roads suit my driving style and I can’t wait to get out there and tackle that challenge.”

After a brilliant day behind the wheel yesterday, it was a far different affair for Bates and McCarthy on Sunday as Reeves broke the leader’s streak and won the opening stage.

Bates then won the next two stages including a dramatic SS9 where there was a major delay due to the engine of Eli Evans and Adam Wright’s Mini Cooper catching fire — Reeves and young gun Taylor Gill stopping to help the duo deal with the fire.

While Reeves was unfortunately slowed during the day’s third stage, the Hyundai N i20 pilot bounced back with a massive performance on the second pass of the Wamboin stage, where he once again picked up a stage win.

However one of the big moments off the rally came on the penultimate stage where van Gisbergen picked up his first win of the weekend – beating Bates by just two seconds and essentially locking in second place ahead of EROAD Power Stage.

With bonus points on offer for the event’s final stage, van Gisbergen continued his brilliant Sunday with a faultless run to the victory stage over Bates by almost three seconds, while Reeves and Catford rounded out the stage’s top three, five seconds off.

“Yesterday’s roads were tougher especially with the conditions but I just took the slow option and made sure we got to the end,” van Giserbgen said.

“The more experience we got, the faster we were going. We just needed to make sure we were there at the end and then we pretty much flat out on those last three stages.

“It’s pretty special (to win Power Stage). I had a good run through that stage before, a lost a bit due to the kangaroos and that took my focus away.

“I knew if we got it right we would be good. It’s special in rally when you get that harmony with your cod-ever we were going pretty good there.

“I would love to do more rally and hopefully this weekend helped.”

Taking out fourth place and enjoying his highest ever finish in the ARC was Gill, with the New South Wales young gun alongside co-driver Kim Bessell thanks to a highly consistent performance all weekend.

Not only did he finish fourth, but Gill’s productive weekend auch ended up with him winning the White Wolf Constructions ARC Production Cup and the Motorsport Australia NSW Rally Championship.

“I am super stoked. It was tricky weekend and a very typical of Canberra. The weather really mixed it up so, I just went conservation mode bring it home which we did,” Gill said.

“We went into this morning with a big gap to the cars in front and behind us so we knew to hold station and bring it home to the finish.

“I owe it all to the boys. I made a mistake yesterday and it came with a decent consequence – I didn’t think we could get it repaired but the boys did a miracle to get us back out there.”

Finishing second in the White Wolf Constructions ARC Production Cup was another driver to enjoy a best ever ARC result, in Timothy Wilkins and his co-driver Jim Gleeson – the duo finishing sixth outright behind Tom Clarke and Ryan Preston in the White Wolf Racing Ford Fiesta.

In the other cups, South Australians Guy Tyler and Zayne Admiraal claimed a dominant victory in the Shamrock Haulage ARC 2WD Cup, while James

Dimmock and Paul Bennett took out a comfortable win in the Glendun ARC Junior Cup.

Following on from the Netier National Capital Rally, the RSEA Safety Motorsport Australia Rally Championship now heads to Western Australia for the Make Smoking History Forest Rally on 22-24 May.