Mercedes-AMG also sealed its first Bathurst 12 Hour win since 2013. The German marque joined Ferrari on two GT3-era wins. Only Audi has more with three.
The SunEnergy1 squad was skippered to victory by former Triple Eight boss Roland Dane. The #75 SunEnergy1 Mercedes took control ahead of the final quarter of the race. 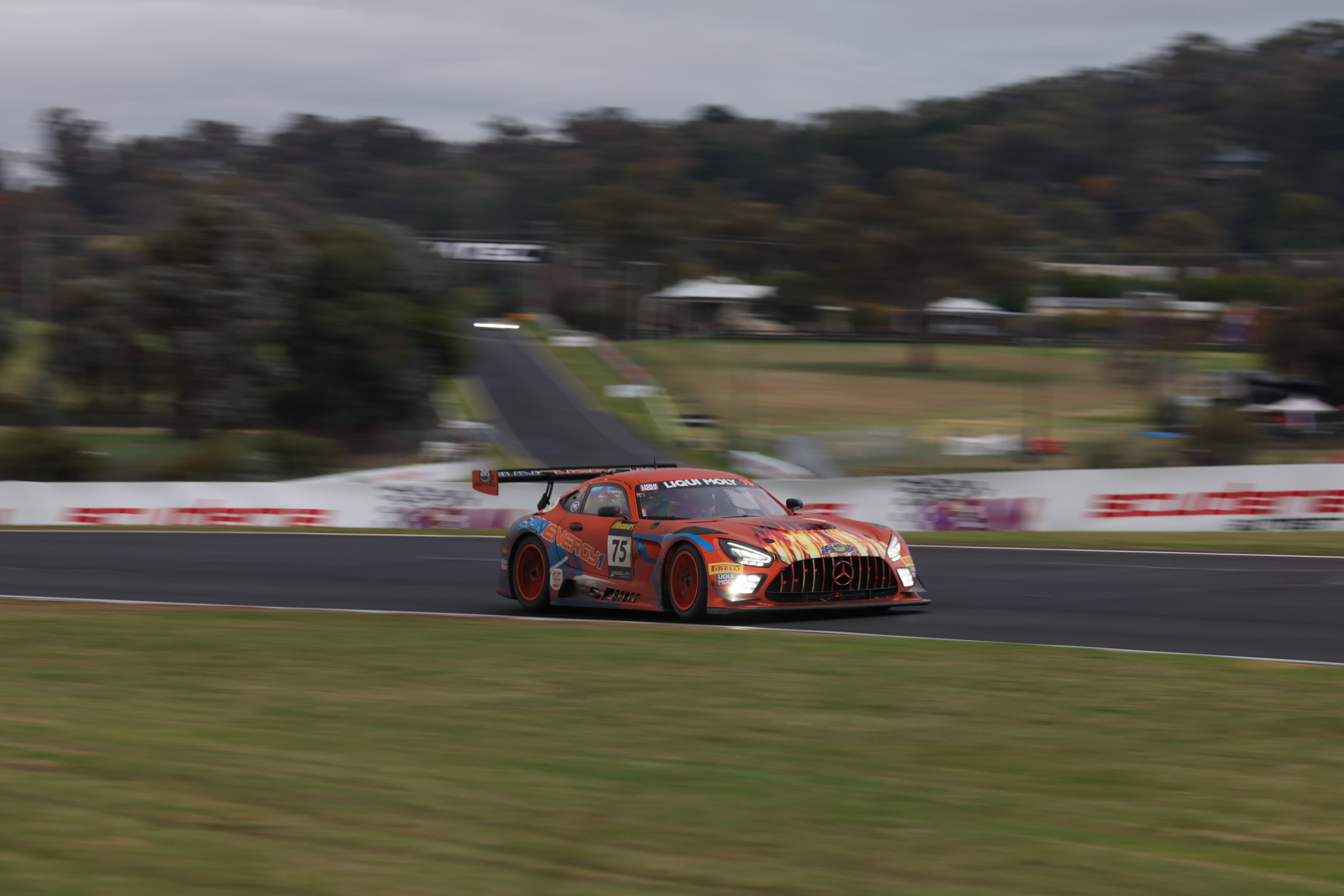 Once Gounon was behind the wheel, the orange AMG never looked back. The Frenchman was pushed in the final hours by Maro Engel. German ace Engel hounded Gounon, but Craft-Bamboo Racing’s spirited fightback ultimately fell just short.

Engel raced with Daniel Juncadella and Kevin Tse; the team worked the #91 into contention after a smart strategy play. It comes after the car didn’t run at all on Saturday after an engine change.

Triple Eight completed the podium with Shane van Gisbergen, Broc Feeney and Prince Jefri Ibrahim. Van Gisbergen added to his 2016 win and 2020 podium, the latter of which also came with Triple Eight.

For Feeney and debutant Ibrahim, it was Bathurst 12 Hour podium No.1. It marked the first time in the event’s GT3 era that a single brand swept the overall podium.
Mitsubishi swept the 2009 race podium, which was the second-last 12 Hour of the Production Car era.

Two Safety Cars were called for low-lying fog in the opening stanza, which was dominated by Audi.

From there, Audi’s challenge unravelled; the pole-winning #65 entry spearheaded by Chaz Mostert didn’t even finish.

Inclement weather reared its head on a number of occasions, catching out a number of drivers.