Stephane Ratel has outlined plans for SRO Motorsports Group in 2023 and beyond during his annual TotalEnergies 24 Hours of Spa press conference.

The traditional media gathering was staged on the eve of the world-renowned endurance contest, which will begin its 74th edition at 16:45 CEST on Saturday afternoon. As ever the topics covered ranged from current activities to evolving plans for the future, including significant news regarding the marquee event. 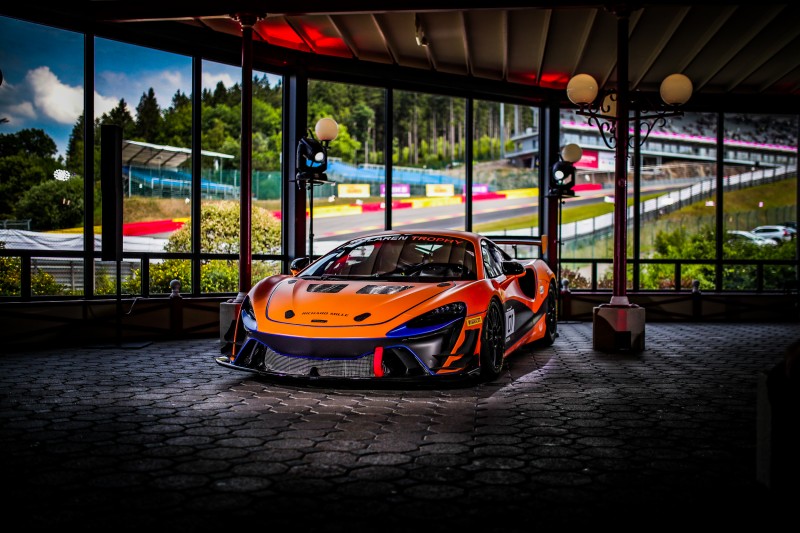 The global presence of SRO has continued to expand in 2022. By the conclusion of the year a total of 170 races will have been staged across 46 events in 13 different series, comprising 220 hours of competition on five continents. There will also be 57 test and track days, as well as 25 esports races across five championships.

Significantly, the FIA Motorsport Games is preparing to stage its second edition later this year. The opening ceremony will take place in Marseille’s Old Port on Wednesday 26 October, while the competitive action will be spread between Circuit Paul Ricard, Sainte Baume and Veynois over the following four days. Moving forward, the FIA Motorsport Games will run on a bi-annual basis, with the third edition set for 2024.

The third outing for the Total Look Rallies series of events took participants on a journey back in time to Dolce Vita 60, a three-day adventure that set off from Rome in May. Next year’s edition will return to the eighties, with Le Vendôme 80 taking a nostalgic trip through the French countryside on 5-7 May 2023.

The non-racing, race inspired GT1 Sports Club Powered by Curbstone Events draws upon the heritage of the GT1 category to provide a non-competitive programme for hyper and super track cars that do not usually have the opportunity to join together. This season’s schedule began at Circuit Paul Ricard and will also run at Circuit de Barcelona-Catalunya (2-3 October) and Yas Marina (12-13 December), the latter representing the concept’s first trip outside Europe. It will continue this theme in 2023 by running at Sonoma (1-2 April) before joining the 24 Hours of Spa programme and then returning to Circuit Paul Ricard (30 September-1 October).

These activities are underpinned by a firm commitment to sustainability. This year’s initiatives have included an inter-team sustainability competition for Fanatec GT World Challenge Europe Powered by AWS entrants backed by SUNENERGY1, a ban on single-use plastic at all events, and eco-friendly event vehicles. The company has also supported a range of external projects, such as renewable energy, biogas, and the reforestation of heritage woodland in Belgium.

In 2023 SRO will go further as it seeks to improve its event footprint through the usage of lowest impact materials and co-operation with eco-friendly suppliers. A biofuel that contains advanced sustainable components will be adopted, while a tyre tender that includes elements for sustainable design and usage will be launched. 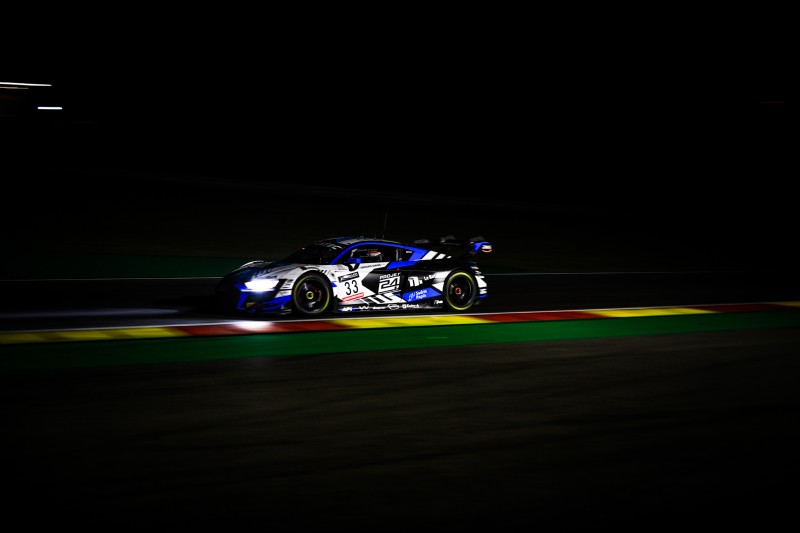 First announced at Spa in 2019, the Fanatec GT2 European Series will continue its growth in 2023 by expanding from five rounds to six, including new events at Dijon (24-25 June) and Algarve International Circuit (15-16 July). What’s more, the GT2 category will break new ground by joining Intercontinental GT Challenge Powered by Pirelli as the championship’s new Am class.

Most significantly of all, the new breed of GT2 cars will tackle the TotalEnergies 24 Hours of Spa for the very first time when the Belgian endurance classic stages its 75th edition on 27-30 July. This gradual introduction of new machinery will protect the long-term future of the event should the current GT3 category become too expensive for teams and drivers.

The Intercontinental GT Challenge Powered by Pirelli season will return to a schedule of five races on as many continents next year, kicking off with the LIQUI MOLY Bathurst 12 Hour on its traditional date on 4-5 February. The Joburg Kyalami 9 Hour will become the second round of the season (24-25 February), followed by unchanged slots for Spa and the Indianapolis 8 Hour Presented by AWS (8-9 October).

The final round of the 2023 season will take place at Yas Marina Circuit with the Gulf 12 Hours completing next year’s schedule. But this will not be the race’s first appearance on the Intercontinental GT Challenge Powered by Pirelli calendar: the Gulf 12 Hours will make its series debut as the concluding round of the 2022 campaign on 11 December, taking the championship to the Middle East for the very first time.

Launched in 2019, Fanatec GT World Challenge Powered by AWS provides manufacturers with a chance to compete via their global customer racing programmes. In 2022 the championship consists of 29 events on four continents, with seven brands entered through local teams and over 100 GT3 cars competing. Next year it will continue to award points via a quartet of regional series in Europe, Asia, America and Australia.

Fanatec GT World Challenge Europe Powered by AWS retains a very familiar 10-round calendar for 2023, with the only change from this season seeing Monza return as the opening event (14-16 April). A revised class structure will also be introduced, with a simplified hierarchy of Gold Cup, Silver Cup, Bronze Cup put in place. The GT4 European Series will once again join as a support championship at six events, with the return to Monza counting as its only change from 2022.

One of the most positive stories of 2022 has been the return of Fanatec GT World Challenge Asia Powered by AWS. The series is currently three rounds into its comeback campaign after two years of inactivity due to Covid-19 restrictions, with the new Japan Cup proving a big success among competitors. The Asian calendar, as well as the schedule for Fanatec GT World Challenge Australia Powered by AWS, will be announced in October.

The Intelligent Money British GT Championship includes a trip to the Algarve International Circuit (15-16 July) and is otherwise unchanged from 2022, while Championnat de France FFSA GT features two changes from this year with events at Dijon (24-25 June) and Val de Vienne (15-16 July) forming the middle of its six-round calendar.

GT4 America Powered by Pirelli and TC America Powered by Skip Barber will undertake the same schedules as Fanatec GT World Challenge America Powered by AWS, while Championnat de France FFSA Tourisme will do the same alongside the country’s GT championship. Finally, a six-hour GT4 event centred around Rome is set to run in partnership with the ADAC on 28-29 October 2023. The Eternal Endurance Race will bring together cars from a variety of series at Vallelunga where they will undertake a season-ending endurance contest.

One of the most noteworthy changes for 2023 will be the conclusion of the title sponsor agreement between TotalEnergies and the 24 Hours of Spa following the race’s 2022 edition. A supporter of the event since the nineties, the brand took on its current role in 2007 and has become inextricably linked with the Ardennes classic over the past 15 years. While 2022 marks the end of this particular chapter, both parties are working to ensure continued cooperation in the years to come.

The multi-energy firm’s place as title sponsor will be taken by industry-leading cybersecurity company CrowdStrike. Announced as the new presenting partner for the 2022 edition, CrowdStrike has provided the event with unprecedented protection from cyber threats and is now a visible presence in the paddock and around the 7km circuit. The company will significantly enhance its involvement next year for what will become the CrowdStrike 24 Hours of Spa.

CrowdStrike joins at a significant juncture for the event, with next year’s edition representing the 75th running of the Belgian endurance classic and 2024 marking the race’s centenary. With a 66-car grid at the 2022 edition and the gradual introduction of the GT2 class in years to come, the great race can look forward to an exciting future.

Among the GT2 cars eligible to contest next year’s 24 Hours will be the new MC20 GT2. Launched earlier this week at Spa-Francorchamps, the Italian machine follows in the footsteps of Maserati’s iconic MC12 and begins a new era of competition for the marque. The GTX project for the latest automotive developments continues to progress following an initial working group meeting in April attended by five manufacturers. Significantly, an agreement has been reached with the ACI to compete as part of the 2024 Targa Florio, using part of original iconic route.

Another significant addition for 2023 will see the new McLaren Artura Trophy join the Fanatec GT World Challenge Europe Powered by AWS support package at five events. Sharing its DNA with the brand’s new GT4 machine, the Artura will lead the next chapter in McLaren’s racing history. The championship will undertake five doubleheader rounds next year at Circuit Paul Ricard, Misano, Spa-Francorchamps, Hockenheim and Circuit de Barcelona-Catalunya.

Following today’s press conference attention will return to the track with Super Pole taking place at 19:00 This will be preceded by a 20-minute Warm-Up, which gets underway at 18:20 and is open to the full field, while tomorrow’s race gets underway at 16:45. Live coverage will air in English, German, French and Italian on the GTWorld YouTube channel.