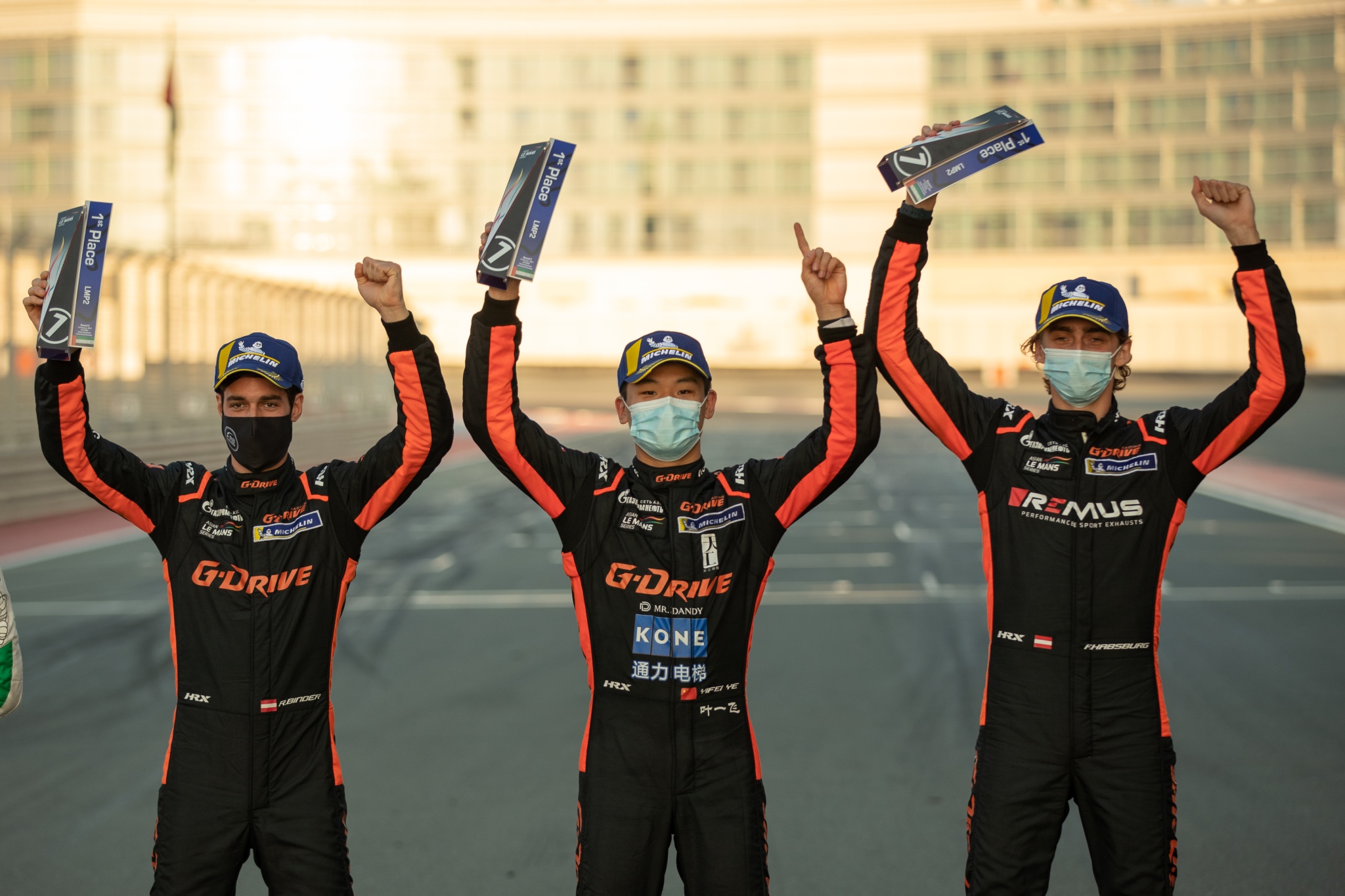 The #26 G-Drive Racing Aurus 01 Gibson of Rene Binder, Yifei Ye and Ferdinand Habsburg have dominated to take another convincing win in Race 2 of the 2021 Asian Le Mans season.

A clean start saw the sister #25 G-Drive Racing Aurus lead, before Rene Binder moved through to the front of the field. A three-car battle for podium positions broke out, with Arjun Maini capitalising on in the #64 Racing Team India Oreca 07 Gibson to move into second, and then first before a pit stop gave the race back to the Russian-flagged outfit.

With a strong lead, not even a stop and go penalty could prevent the trio taking victory ahead of the #25 G-Drive Racing Aurus 01 Gibson of John Falb Franco Colapinto and Rui Pinto de Andrade and Matthias Kaiser Simon Trummer and Nicki Thiim in the #5 Phoenix Racing Oreca 07 Gibson.

Saturday’s LMP2 Am Class winners, #18 Era Motorsport Oreca 07 Gibson, struggled early after a lock up and an unplanned visit to the pits, but Andreas Laskaratos, Kyle Tilley and Dwight Merriman overcame a tough day to keep control of LMP2 Am from #11 Eurointernational Ligier JS P217 Gibson of Neale Muston and John Corbett.

In GT, battles broke out early for the minor podium positions before the tensions spiked. The #97 Oman Racing by TF was penalised after contact with yesterday’s class winner, #99 Precote Herberth Motorsport, before an incident between #60 Formula Racing Ferrari 488 GT3 and #34 Walkenhorst Motorsport BMW M6 GT3. This prompted a full course yellow to collect the stranded BMW, with the #60 given a drive-through penalty for causing the incident.