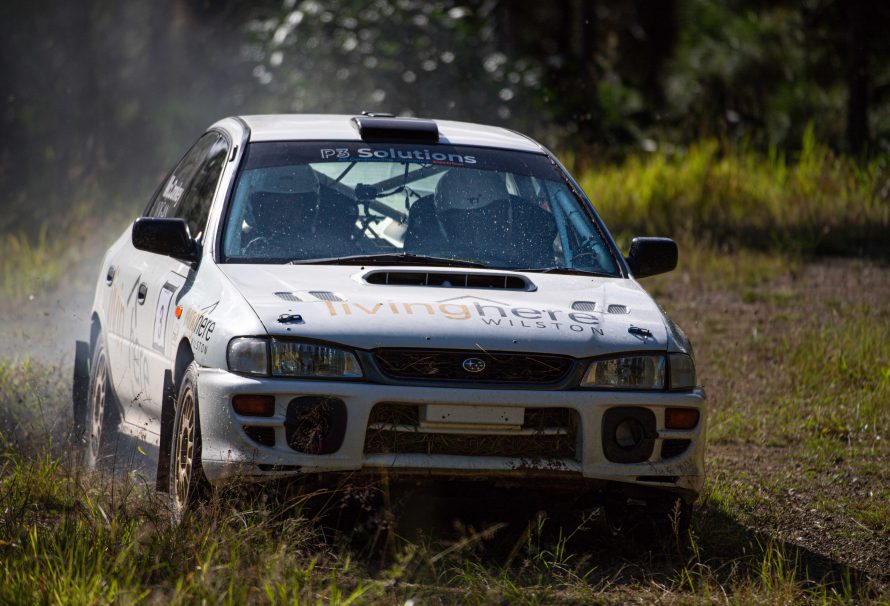 With crews having to complete eight stages over the one day, it was Gerard McConkey and Ben Logan who guided their Subaru WRX GC8 to a three minute victory over Leland-Jay Williams and Ray Priest.

The Subaru pilots got off to the perfect start with the first stage win but fell just 11 seconds short of Anthony and Chloe Tanzer in the second stage. However they took back control and won the next two stages to go into the halfway point with a healthy two and half minute lead.

After a disappointing second stage all but ruled Gerard Byrne and Jake Keleher out of contention, the WRX duo bounced back nicely to win the fifth and sixth stages, before McConkey won the next stage.

The runners-up managed a stage win of their own, steering their Toyota Sprinter to the fastest time on the event’s final stage, which confirmed their position over eventual third place getters and fellow Toyota drivers Philip Mason and Greg Fitzgerald.

Also taking place during the rally was the Queensland Novice Rally Series and it was Krystle Power alongside co-driver Brad Hurford who took out top honours.

Unlike the outright battle, the novice series went all the way down to the final stage, as Power and Hurford defended their lead against a fast charging Gary Dutton and Giles Harris.

Power and Hurford were more consistent throughout the event, going faster on five of the first six stages, before Dutton and Harris guided their Toyota Celica TA22 to the final stage win.

It was too little too late though as a surprised Power held on for a deserving 25 second victory.

‘I didn’t really know what to expect, but simply just wanted to finish and get to the end.

“It was a big adrenalin rush.”

Rounding out the Queensland Novice Rally Series podium was Wessel Pieters and Jan Kraaij in a Subaru WRX GC8.

The next major event for Queensland rally will be the KCF Rallysport Short Course Rally in Benarkin on 1 August where the novice series will once again feature.