After a couple of weeks off *because we were at race tracks and rally stages* we are back with out latest FastFours. It is a treat for any Champ Car fan as we get to dust off our ChampCar tag, look in our archives as we present Dan Clarke!

First of all, the long answers

The Brit spent 2 years in Champ Car, firstly in 2006 with CTE-HVM then in 2007 with Minardi. He took a couple of podiums and looked like he could make a good career there, but the end of the series meant other things for him. A couple years in Lights and Nascar Nationwide before turning his attention to sports car racing with Porsches and driver coaching. 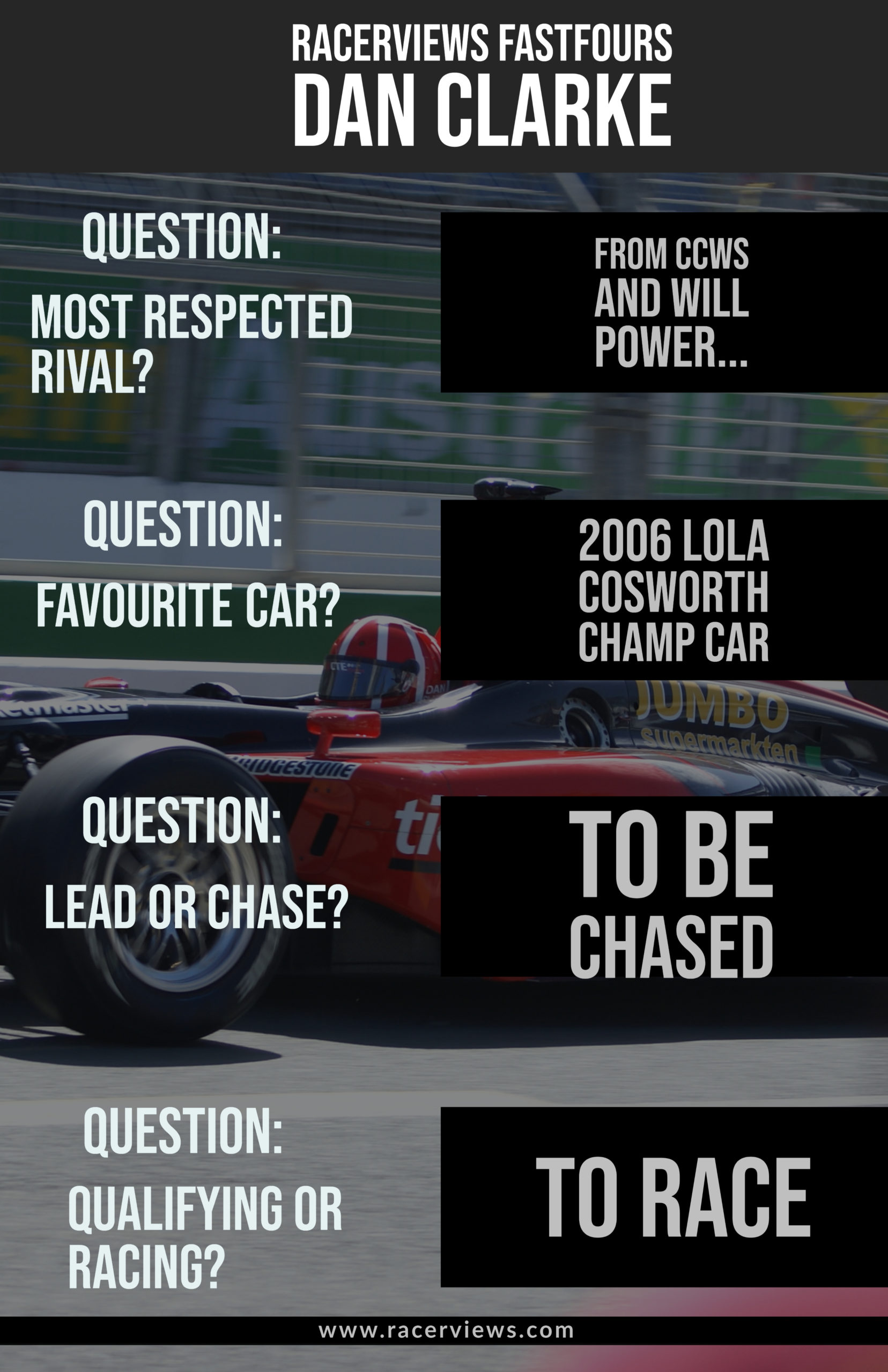