This weekend, the Spa Rally concludes a particularly exciting season in the Kroon-Oil Belgian Rally Championship. The spectacle will be magnificent on Saturday and Sunday on the 17 beautiful special stages, because the starting field looks impressive with two French toppers as additional references, but all the attention goes to the battle for the Belgian title between Adrian Fernémont, Grégoire Munster and Ghislain de Mevius. 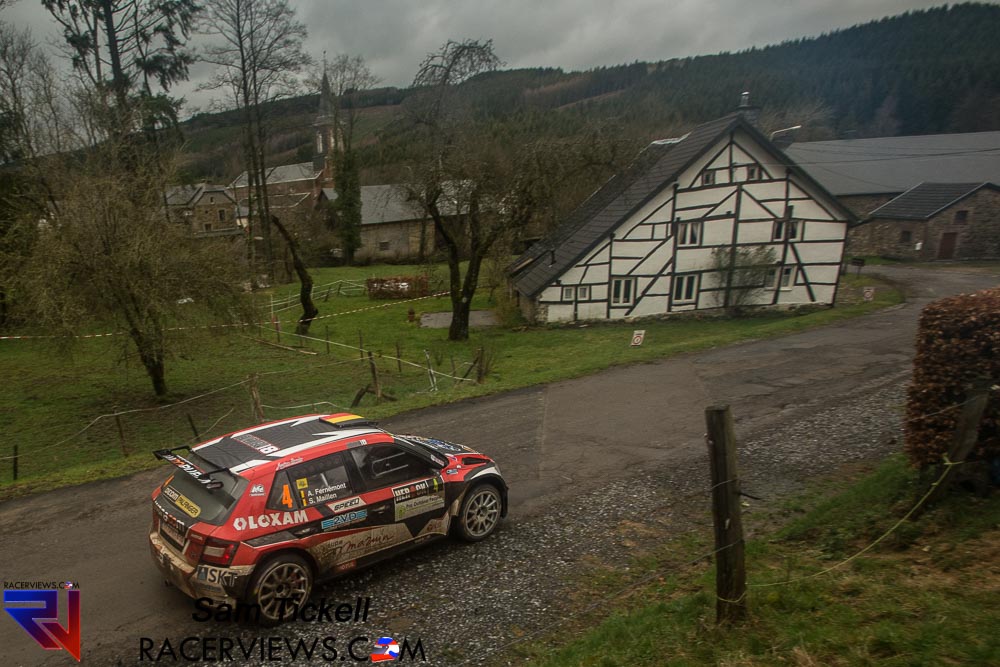 With Stéphane Lefebvre, the recent winner of the Condroz Rally, and Yohan Rossel, newly crowned WRC3 world champion, DG Sport and Citroën will bring two top French drivers to the start, each with a Citroën C3 Rally2. Two clappers who are taking a shot at the overall victory, but they remain transparent for the battle in the Kroon-Oil BRC.

In the title fight it remains very exciting between Adrian Fernémont (127 points), Ghislain de Mevius (117 points) and Grégoire Munster (114 points). The differences are small, and they become even smaller when we take into account the worst scrapping result of each of them: Fernémont (18), de Mevius (14) and Munster (11). Hypothesis: a win would bring Grégoire Munster to 128 points, Fernémont to 127 and de Mevius to a maximum of 121 points. In addition, there are still 5 bonus points to earn on the very last special stage, the Pirelli Powerstage. A denouement in the very last meters is therefore certainly not excluded.

The tenors will be well prepared for the start. Adrian Fernémont will be confident after his victory in the Condroz Rally and especially because he already won the Spa Rally in 2018. Ghislain de Mevius was the fastest in Huy, while Grégoire Munster, who has the advantage of driving locally, with the new Hyundai i20 Rally2 will enter, which allowed him to rack up miles in the WRC Rally of Monza. In short, these three clappers will push each other to the limit.

However, there are still toppers who are aiming for the victory and the fastest time on the Pirelli Powerstage. Just think of Cédric Cherain, former winner in Spa, Cédric De Cecco, very fast in Huy, Maxime Potty, who wants to prove himself after an unfortunate Condroz Rally, and veteran Xavier Bouche, who will have more rhythm than in the Condroz Rally. The Rally2 field is completed by Bastien Rouard (Ford Fiesta), Irishman Daniel Barry (Skoda Fabia), Emmanuel Gannay (Citroën C2), Henri Schmelcher (Hyundai i20), Jimmy D’hondt (Ford Fiesta R5) and Alain Litt ( Skoda Fabia).

In the GT category, Romain Delhez will, after his demonstration in the Condroz, get some resistance from Patrick Snijers, who made an impression in the Sezoensrally. Francis Lejeune and Christophe Daco also want to put themselves in the spotlight with their Porsche. They will compete against Stefaan Prinzie in his trusted Alpina A110. Armand Fumal also opts for a beautiful Alpine in his home rally.

We are also looking forward to the exciting conclusion of the Stellantis Rally Cup, with a duel between Gino Büx and Charles Munster, with Fred Caprasse as executioner, to the times of Tom Rensonnet in his Clio Rally5 and to Junior Planckaert’s rally debut in a Ford Fiesta Rally3.

See you in Spa for the denouement of the Kroon-Oil Belgian Rally Championship 2021!